Rick and Judy Kulis are veterans when it comes to revitalizing existing properties. Over the past 40 years, the couple has renovated four residences including transforming their current Lake Las Vegas home’s traditional Tuscan design into a spacious modern contemporary retreat. “We’re pleased with the way it turned out,” Judy […]

Rick and Judy Kulis are veterans when it comes to revitalizing existing properties. Over the past 40 years, the couple has renovated four residences including transforming their current Lake Las Vegas home’s traditional Tuscan design into a spacious modern contemporary retreat.

“We’re pleased with the way it turned out,” Judy Kulis said. “It was a fun, creative process from start to finish.”

The renovated 4,269-square-foot, single-story estate expresses the sleek sophistication and laid-back comfort of luxurious resort living down to its stunning lake views.

It features five en suite bedrooms including a private master suite, 4½ baths and formal dining and living areas. The private exterior indulgences include a resort-style infinity-edge pool with spa and an intimate covered entertaining area with an outdoor kitchen.

The couple is selling the property to complete their bucket list by custom building their own retreat. Now retired, the couple previously owned their own television production and distribution company.

The couple purchased the home in 2006 after attending a special Andrea Bocelli concert at the Lake Las Vegas Resort.

“It was a magical night, we fell in love with the whole ambiance of Lake Las Vegas,” Rick Kulis said about the concert filmed for PBS. “Plus, we’re boating people. Having the lake right in front of us and being so close to Lake Mead satisfied all our needs.”

Nine years after moving in, the couple decided to completely renovate the property. They invested over $700,000 in interior and exterior renovations, electronics and appliance upgrades.

“Few people know the expense of remodeling,” Rick Kulis said. “If you want the house to look the way you want it to look, it’s always more than building a house.”

Working with residential designer Ronald Kraft, the couple spent over a year developing the design. Judy Kulis was a driving force behind the overall design concept.

“We spent quite a bit of time on the design,” she said. “We wanted to make it more fitting to the Lake Las Vegas lifestyle with an open concept and to take better advantage of the views.”

The design began with a central bar in the main living area, providing a striking focal point for the space.

“We wanted to be able to sit at the bar, entertain our friends and be able to enjoy the view,” Judy Kulis said. “That is where we started, and it went from there.”

“They literally hand-built the LED grid so that it would be a completely smooth lighting pattern,” Judy Kulis said. “That was pretty tricky to do.”

Once construction began, the ambitious project involved completely gutting the interior of the property down to the studs.

“We completely demolished everything to the point we had to rebuild some of the infrastructures,” Judy Kulis said. “We were basically starting from scratch.”

The 0.30-acre lot provided the opportunity to expand the main living space by constructing a 2,400-square-foot covered living room with a custom fire lounge.

“We really enhanced the size of the house,” Judy Kulis said about the exterior addition. “We made it something you can entertain in and have parties. It turned into a house that is multifunctional.”

Next to the living space is an expansive outdoor kitchen with a professional-grade Fire Magic 42-inch grill and Coyote barbecue. It features bar-style seating, a long buffet counter with a leathered marble countertop, refrigerator, sink, ice tub and storage.

“I love our outdoor kitchen and living area,” Judy Kulis said. “And we’re coming into the time of year when we can use it more.”

Construction began early 2015 and took over nine months to transform the home into Judy’s overall vision.

“It was about the flow,” Rick Kulis said. “I think we accomplished that. Anybody that comes here will quickly see that you’re not in a box.”

Entry into the home begins with an intimate inner courtyard complete with fireplace. Double glass doors lead into the sprawling main living area showcasing incredible views of the lake and surrounding mountains.

One of the home’s prominent features is the main living area’s functional design. The open space invites entertaining as it flows seamlessly from the formal entry, dining, bar, living, kitchen and exterior courtyard. Floor-to-ceiling glass doors open the expansive floor plan to the outside while revealing stunning lake views.

A key architectural element Judy Kulis incorporated into the design was the use of curved lines. Instead of flat ceilings, curved lighted soffit elements soften the tray ceiling.

“We followed the curves of the bar,” Judy Kulis said. “I wanted to get some movement into the room.”

Its professional-grade Wolf and Sub-Zero appliances include a steam oven and a built-in espresso machine.

“We designed the kitchen to be a presentation kitchen,” Rick Kulis said. “Everything looks out so you’re always talking to your guests.

With its own exterior access to the pool deck, the private master features dark walnut wood built-ins, a separate seating area, a three-way gas fireplace with natural stone surround, a decorative natural stone wall and an oversized walk-in closet with built-ins and separate shoe closet.

A separate wing off the main living area flows into the other four guest en suite bedrooms. The Kulis transformed two of the bedrooms into his-and-her offices with custom built-ins. The home’s U-shaped design wraps around the main living area, creating intimate spaces inside and out.

“You can be in separate areas easily,” Judy Kulis said. “Which has been really nice.”

The home comes with a family membership to the Lake Las Vegas Sports Club featuring a state-of-the-art fitness equipment, tennis and pickleball courts. 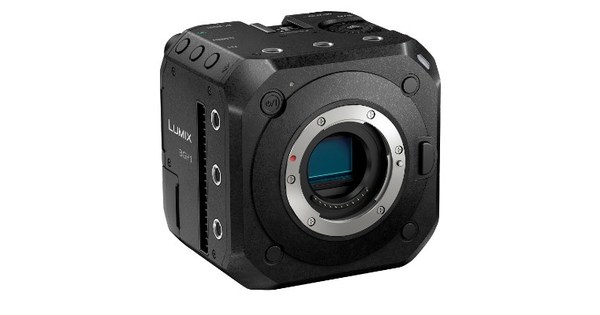