Manatee County is embracing the future and Lakewood Ranch-area residents will be the first affected by its new direction. The county has agreed to work with Archer First Response Systems, a private drone company, and Tampa General Hospital to integrate a FreeFly Systems Alta X drone into its 911 emergency […]

Manatee County is embracing the future and Lakewood Ranch-area residents will be the first affected by its new direction.

The county has agreed to work with Archer First Response Systems, a private drone company, and Tampa General Hospital to integrate a FreeFly Systems Alta X drone into its 911 emergency response.

The county will become one of the first government agencies in the nation to install such a program, pending approval from the Federal Aviation Administration.

The program will cost the county $1 per month over the course of the one-year pilot program. Tampa General Hospital is covering most of the cost, according to Manatee County Public Safety Director Jacob Sauer.

The drone, which will be based out of the EMS station at 10311 Malachite Drive in Lakewood Ranch, will be used to deliver tourniquets, automatic external defibrillators and naloxone nasal spray (used to reverse the effects of an opiate overdose). The drone can deliver to any location within a four- to five-minute radius of the EMS station.

Integration of the drone will not change the way emergency responders approach a situation. It would be launched as soon as the 911 center learns of an emergency that requires a tourniquet, AED or naloxone. The drone will arrive as first responders are driving to the scene of the emergency. The 911 caller then receives instructions from the call center on how to use the delivered equipment.

Before the county commission voted on the project, chief assistant county attorney Bill Clague informed the commissioners of two risks. First, the county will not be able to buy third-party insurance to cover potential liabilities “the insurance industry just hasn’t gotten its arms around” emerging drone technology. The county will need to rely on its self-insurance fund.

Second, Clague said there aren’t any court cases to set a precedent. The county doesn’t know exactly how vulnerable it could be in the case of litigation.

The agreement was approved by the commission 6-1. Commissioner Priscilla Whisenant Trace was the lone dissenter.

The project team, comprising Manatee County, AFRS and Tampa General Hospital, is not giving out interviews at this time. However, it did release a statement.

“This one-of-a-kind pilot program is the latest cutting-edge program Manatee County has undertaken to improve public safety and our ability to respond to the public in an efficient and timely way,” the statement read. “This is a partnership program that is in the early stages of being developed with Archer First Response Systems (AFRS) and Tampa General Hospital. We achieved an important milestone at Tuesday’s County Commission meeting and we’ll now look to the FAA for an additional round of review and approvals.”

Fri Oct 9 , 2020
EVERGREEN PARK, IL — This beautifully renovated nifty mid-century home on a quiet cul-de-sac has great curb appeal. The house boasts four bedrooms and 3 baths, with a new porch and Brazillian cherry hardwood floors in the living room and bedroom. The kitchen has a huge island, granite countertops, Shaker-style […] 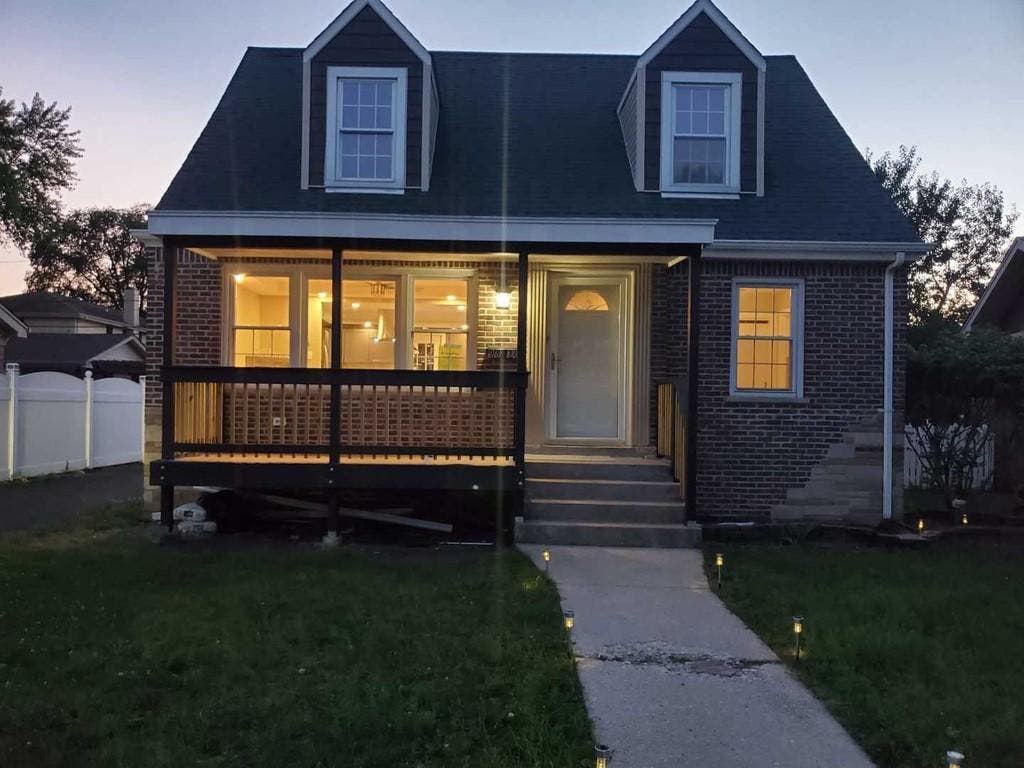