(Bloomberg) — Laurene Powell Jobs, the billionaire widow of Steve Jobs, is pulling her financial support from some battered publications. Load Error Emerson Collective LLC, a firm founded by Powell Jobs, “has decided to sever ties” with Pop-Up Magazine Productions, owner of Pop-Up Magazine and California Sunday Magazine, according to […]

(Bloomberg) — Laurene Powell Jobs, the billionaire widow of Steve Jobs, is pulling her financial support from some battered publications.

Emerson Collective LLC, a firm founded by Powell Jobs, “has decided to sever ties” with Pop-Up Magazine Productions, owner of Pop-Up Magazine and California Sunday Magazine, according to a tweet Wednesday from the union representing both outlets.

In a joint statement, Emerson and the publisher said they “look forward to possible future collaborations as Pop-Up Magazine Productions enters this new phase as an independent company.”

California Sunday Magazine will stop its online publication and 11 employees across both outlets have been told they will be laid off, the union added. The publication announced in June that it was shutting down its print edition, citing “the most difficult economic conditions of our lifetime.”

Emerson acquired the outlets two years ago as part of a push to support quality journalism at a time when the industry is under pressure online and in print. Since then, the pandemic has only deepened the woes of many publications, with revenue from advertising and in-person events plunging. Pop-Up Magazine Productions depended on live events and sponsorships to sustain its business.

Telehealth company Hims & Hers to go public via SPAC

Powell Jobs is one of a number of wealthy individuals who have come to the aid of struggling media companies in recent years, including Amazon.com Inc. founder Jeff Bezos, who purchased the Washington Post. But her decision to pull her support shows such a benefactor is no guarantee.

The philanthropist, who serves as the president of Emerson, has a net worth of $31.6 billion, up more than $5 billion this year, according to the Bloomberg Billionaires Index. She inherited her husband’s stakes in Walt Disney Co. and Apple Inc.

In May, the Atlantic magazine, of which Emerson owns a majority stake, announced it was cutting 68 jobs, or 17% of its workforce, citing the loss of revenue from in-person events due to the pandemic.

Pop-Up Magazine is a multimedia storytelling project known for its live touring show, which has included stops at venues like Lincoln Center in New York. California Sunday focused on feature stories and photography. It has been a finalist for more than a dozen National Magazine Awards since launching in 2014, including the top prize three of the past four years.

At a 2017 DealBook conference, Powell Jobs explained why she was investing in the media industry.

“We know the business model is weakened, and we also feel that that kind of shoring up and that kind of belief, and the kind of patient capital that we can bring to media companies, is essential for the health and well-being of our democracy,” she said. 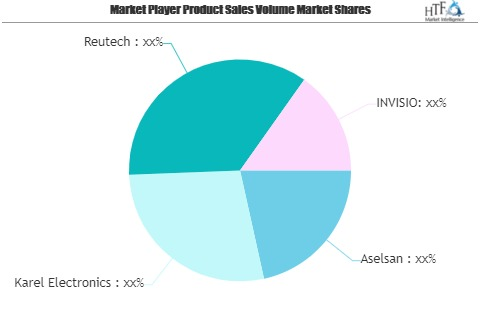