GOP lawmakers talked of seeking data from the Democratic governor’s office and not receiving it. They described getting information about restrictions minutes before Edwards released it publicly, without a detailed explanation of why choices were made. And they said they don’t believe Edwards interacts with enough people outside of his secure bubble to grasp the full scale of people’s discontent with regulations he still has in place on sports events, bars and face coverings.

Magee said in an interview he wants to work with Edwards, but he said the governor’s office has done a poor job explaining to lawmakers what benchmarks he wants to accomplish to further loosen restrictions.

Edwards, who eased the rules again in September, said he’s been informing lawmakers about his decision-making since Louisiana’s first positive coronavirus test in March. He noted legislative leaders have seats in disaster response meetings held with agencies, and said he’s had regular calls with individual legislators.

The governor suggested that his communication skills aren’t the problem, but that some lawmakers want to ignore the science and pretend life can be normal in the middle of a global pandemic.

“It’s not about the communication; it’s about the decisions that have been made,” Edwards said Thursday. “And, quite frankly, there’s not a reasonable discussion to be had with people who believe right now in Louisiana that we shouldn’t have a public health emergency in place or mitigation measures in place or restrictions in place in order to slow the spread and protect public health.”

Partisan politics are clearly at play for some lawmakers in the special session — even though the Trump administration has publicly and repeatedly backed Edwards’ coronavirus restrictions. Philosophical disagreements and a refusal to accept the guidance of public health experts are at issue with other lawmakers.

But complaints over communication and information-sharing didn’t come solely from conservative Republicans who have clashed with Edwards since his election in 2015, but also from GOP lawmakers who have had working relationships with the governor or at least don’t regularly attack his positions. They say that Edwards needed the ability to quickly respond early in the pandemic, but lawmakers should have some input seven months into the public health emergency.

“While the governor has communicated with us, it has been a one-directional communication. I don’t believe the Legislature has been able to participate,” said Rep. Barry Ivey, a Baton Rouge-area Republican.

In the special session, Republican lawmakers largely agree they want more of a say in Louisiana’s coronavirus response. But they diverge on what exactly they want to do about it, on which of Edwards’ restrictions are acceptable, what’s the appropriate balance of power and what’s constitutional. 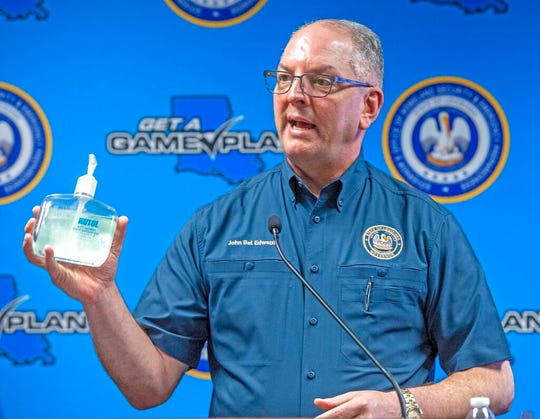 The House and Senate have backed different approaches so far in the monthlong special session.

Some lawmakers want to overturn every Edwards coronavirus order. Others want to give lawmakers more ability to jettison all or part of future orders — or extensions of existing COVID-19 restrictions — the governor wants to enact. Both of those concepts won support from the majority-Republican House.

The majority-GOP Senate supported a modest approach that would give lawmakers more oversight of emergency decisions, but no new authority to scrap a governor’s emergency orders.

Edwards has shown no interest in any of the proposals, saying: “It is not a good idea to try to manage an emergency by committee.”

Public health officials appearing before the House education and health care committees cautioned about the impending flu season potentially causing another spike in COVID-19 cases. They warned that the decline in new positive tests for the coronavirus and COVID-19 deaths are fragile, hard-fought gains that could fall apart if people stop wearing masks and taking precautions.

EDITOR’S NOTE: Melinda Deslatte has covered Louisiana politics for The Associated Press since 2000. Follow her at http://twitter.com/melindadeslatte.

How to use your DSLR camera as a webcam

Wed Oct 7 , 2020
(Pocket-lint) – If you’re anything like us, you’ve likely spent a lot more time on video calls, online meetings and streaming in the last year than ever before.  Your webcam has been getting plenty of use, but perhaps you’ve considered upgrading it to something fancier or just wished you could […]