Legal documents have revealed for the first time the systemic dysfunction that led to the collapse of one of Britain’s last municipal bus companies. Arguments submitted ahead of a public inquiry into Halton Transport, describe a rift between the executive directors of the company and the councillors appointed to scrutinise […]

Legal documents have revealed for the first time the systemic dysfunction that led to the collapse of one of Britain’s last municipal bus companies.

Arguments submitted ahead of a public inquiry into Halton Transport, describe a rift between the executive directors of the company and the councillors appointed to scrutinise them.

The documents outline the cases advanced by both Halton Council and the directors of the company.

They include references to heated arguments and “industrial language” during meetings alongside accusations of mismanagement, nepotism and negligence contributing to the company’s collapse in January.

The public inquiry was called by the Traffic Commissioner prior to Halton Transport’s collapse and was primarily concerned with vehicle safety, but was delayed by disputes between the company directors and by the coronavirus crisis.

The Traffic Commissioner’s inquiry ended on Monday with the defunct company’s operator’s licence being formally revoked due to maintenance failures that “prejudiced” public safety.

With the conclusion of the inquiry the full story can now be told.

The documents discuss the company’s financial predicament at length and reveal sharp divisions about where ultimate responsibility for the demise of Halton Transport lies.

They also raise the question of whether the local authority, Halton Borough Council, propped the company up for months after it knew it could not be saved in order to prevent its Moor Lane garage being sold off to developers.

In April 2019, Halton Transport was in serious trouble.

In the past 12 months the company had lost £620,000, its managing director had taken long-term sick leave and its finance director had literally walked out of a board meeting before also being signed off with stress and accusing one of the non-executive directors, Cllr Keith Morley, of “bullying” – an accusation that is strongly denied by the council and by Cllr Morley.

The causes of its financial problems were many.

Delays to the opening of the Silver Jubilee Bridge were costing the company an estimated £100,000 a year in extra staff and fuel costs, diesel prices and wages were on the up and MerseyTravel’s MyTicket scheme had lost Halton Transport another £250,000 as teenage passengers were reclassified from adults to children.

Did you know we offer a free email newsletter service?

Each CheshireLive bulletin delivers the latest breaking news, what’s on events and the hottest talking points straight to your inbox. For more information about how – and why – to subscribe, click here.

According to Brian Stevenson, Halton Transport’s operations manager and the company’s last remaining executive director, the board was on the brink of calling in the administrators.

But the council told them to hold off while a plan was formed to rescue the company.

That plan saw Halton Council agree to loan the company £750,000, of which only £400,000 was actually transferred, and purchase the Moor Lane garage.

The council also seconded three officers from its own transport department – Geoff Hazlehurst, Ian Boyd and Jeff Briggs – to assist Mr Stevenson on a part-time basis.

According to submissions prepared for the Traffic Commissioner on behalf of Halton Council, the three officers were shocked by what they found at Halton Transport.

The problems Mr Hazlehurst was most concerned with were the maintenance failures that led to the Traffic Commissioner calling a public enquiry, which the council claims were caused by the “negligence” of the company’s executive directors.

The council’s lawyer, Beverley Bell, also said the managing director, Colin Stafford, had hired his son, Paul Stafford, as the company’s engineering manager without any evidence of “a transparent recruitment process”. Mr Stevenson denied any suggestion of “nepotism.”

Paul Stafford resigned from the company in July 2019, although no reason was given in the documents.

The council’s legal arguments state that Mr Hazlehurst “wasted no time in taking remedial action”, spending £100,000 that made Halton Transport’s ageing buses roadworthy but added to the company’s costs.

However, in his own submissions to the Traffic Commissioner, Mr Stevenson rejected claims he and his colleagues had been negligent.

He described the support provided by the three council officers as “minimal” and said, due to his own limited knowledge of engineering, he “assumed the role of engineering would be undertaken by Mr Hazlehurst and Mr Boyd jointly”.

He denied there had been any nepotism in the recruitment of Paul Stafford as engineering manager, saying it was “an internal position that was advertised within the company” and Mr Stafford had been the most qualified applicant.

Mr Stevenson also said it was he who had taken action to deal with the maintenance failures highlighted by DVSA inspectors, not Mr Hazlehurst.

By August, relations between the executive directors and the council appeared to have broken down entirely.

The council’s submissions describe a board meeting that month, attended by Colin Stafford, as “very difficult”

During the meeting, Ms Bell said, the four councillors who acted as non-executive directors of the company “expressed their anger to Mr Stafford at the fact that road safety had been unduly jeopardised by his and his colleagues’ negligence and failure to properly carry out their duties”.

At other one-on-one meetings between Mr Stafford and board chairman Cllr Morley, she added, Mr Stafford used “industrial language” to suggest that Cllr Morley run the company himself “if he was so knowledgeable about running a bus company”.

Despite these problems, a rescue plan was agreed at the August meeting that included changes to staff terms and conditions, including ending paid meal breaks, and withdrawing from the MyTicket scheme.

However, Mr Stevenson said, none of these measures were actually implemented.

Staff voted overwhelmingly against the proposed changes to their working conditions and MerseyTravel refused the company’s request to leave the MyTicket scheme but remain part of other MerseyTravel schemes such as the Walrus Card.

In his submissions, Mr Stevenson said this was a “political” decision that led to the company being “overruled” by Halton Council.

He said: “Had the actions set at the board meeting been put into place by HBC [the council] in relation to a restructure and withdrawal of the MyTicket and of the drivers’ meal breaks I would suggest that the company would have continued as a going concern.”

Halton Council has consistently sought to distance itself from Halton Transport’s collapse since news broke that the company was going out of business.

But the council’s legal team state it was not only heavily involved in the company’s final months, but even said it would back Halton Transport financially despite knowing the company was unsalvageable.

The council held a majority of seats on the board, outnumbering the full-time executive directors five-to-three, but in public statements has emphasised it had no role in the day-to-day management of the company.

According to the council’s own submissions to the Traffic Commissioner, local authority staff had “in effect taken over” Halton Transport by August 2019.

From this point, according the council’s submissions, Mr Hazlehurst appears to have been effectively in charge of the company, providing regular updates to the board of directors. Senior council officers, including chief executive David Parr, also began to attend board meetings.

The council’s lawyer Ms Bell argued in her submissions, Halton Council initially thought the company could be saved but “by September and October 2019 Mr Hazlehurst and his colleagues knew the situation could not be recovered”.

By November, documents prepared for the company’s board reveal, Halton Transport had lost nearly £685,000 since April – more than it had lost in the whole of the previous year – and was on course to lose more than £1 million by the end of March.

But despite the company’s rapidly deteriorating finances and council officers’ belief that it could not be saved, Halton Council provided a letter on November 11 saying it would provide “continued financial support should it be required”.

On the basis of that letter, auditors Mitchell Charlesworth would one month later approve Halton Transport’s statement that it was a going concern and expected to carry on trading for another year.

In reality, it lasted for just one more month.

In her arguments to the Traffic Commissioner, Ms Bell drew attention to the auditor’s statement that the company was still a going concern.

She said: “HBC [Halton Council] was entitled to rely on that statement but the reality is that these accounts were signed by the transport manager, Brian Stevenson, on the very same day a meeting of the board concluded that the board should take steps to place the company into a formal insolvency procedure by means of a liquidation.”

In his own response, Mr Stevenson said the auditors had only concluded Halton Transport was a going concern because of the letter of support from the council.

He added that he was “directed” to sign off the accounts by council chief executive David Parr and did so because he “felt under duress to meet the legal obligation by submitting them by 31/12/19.”

In Mr Stevenson’s account, he signed the documents on behalf of the board, including the four councillors and the council itself, and with their approval.

In his submissions, he alleged that the council only provided the letter to keep the company going long enough to buy the Moor Lane garage.

According to Mr Stevenson’s submissions, Halton Council had made several previous attempts to buy the garage from Halton Transport in previous years, but these had been resisted by managing director Colin Stafford who feared losing the company’s only real asset.

He claimed the council’s insistence on keeping hold of the garage also scuppered a number of attempts to sell Halton Transport, which Mr Stevenson said started after the company stopped paying an annual £100,000 dividend to the local authority in 2012.

Finally, on December 10, the council managed to purchase the garage for £245,000 “as part of its longer term regeneration aspirations for the Moor Lane area”, a spokesperson for the local authority told the LDRS in February.

Most of the money went straight to the bank to pay off the company’s overdraft.

Two days later, however, the bank decided to slash Halton Transport’s overdraft facility to just £100,000, making it impossible for the company to carry on.

In previous press statements, the council has said it was this decision that made it change its stance on providing financial support to the company, reversing its letter of a month earlier.

But the council’s submissions to the Traffic Commissioner suggest it was aware that the company could not be saved even before sending that letter.

Mr Stevenson told the Traffic Commissioner he believed the council’s involvement in Halton Transport “in the latter stages…was only in their own interests to secure the sale of the depot to themselves and to distance the council from the company and in my view absolve themselves of any responsibility contributing to HBT’s demise.”

Halton Council declined to comment further on the matter.

Global Information Technology (IT) Security as a Service Market 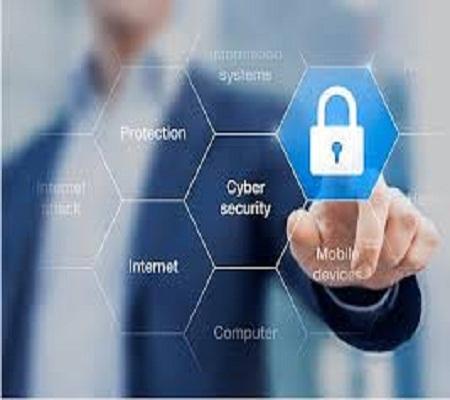