According to a joint report by CEAMA and Frost & Sullivan, the appliance and consumer electronic industry had a total market size of Rs 76,400 crore in 2018-19.  (Reuters image) The government’s LTC Cash Voucher Scheme and Rs 10,000 festival advance to its employees will provide more liquidity to the […]

According to a joint report by CEAMA and Frost & Sullivan, the appliance and consumer electronic industry had a total market size of Rs 76,400 crore in 2018-19.  (Reuters image)

The government’s LTC Cash Voucher Scheme and Rs 10,000 festival advance to its employees will provide more liquidity to the customers for discretionary spends and boost demand, said consumer electronics and appliance industry players.

The move will help the industry, which is now witnessing encouraging signs of revival helped by factors such as pent-up demand and normal monsoon boosting agricultural output, according to the Consumer Electronics and Appliances Manufacturers Association (CEAMA).

“The special festival advance schemes will provide more liquidity to the customers for discretionary spends. With the upcoming festive season, this will augur well for the consumer durables segment,” said CEAMA President Kamal Nandi.

Traditionally, the festive season, which starts in the northern region from Dussehra and goes up to Diwali, roughly accounts up to 25 per cent of the total sales, as the Indian customers make many of their big-ticket purchases such as appliances during the festive season.

During the pandemic, consumers have appreciated the value appliances add to their lives as they are looking for comfort and convenience at home with the adoption of the ‘work from home’ format.

“The industry is witnessing encouraging signs of revival. With this announcement, coupled with normal monsoon boosting agricultural output in rural markets and several firms reversing pay-cuts in urban areas, we expect the demand to propel and sustain over the next couple of months,” he added.

“This comes at a time when the spirits as well as expenditures are on a downside and have been impacting the consumer businesses,” he said adding that the consumer durable industry lost about 25 per cent of the overall business due to lockdowns in the early part of 2020.

Similarly, consumer electrical goods maker Havells said the stimulus is a much-needed catalysts for the economic boost in the upcoming festive season and sees an increase in demand for consumer durables and appliances.

“We are optimistic that such initiatives by the government along with the push towards creating a robust infrastructure will further our economic recovery and stimulate consumer demand in the coming months,” said Havells India Chairman and Managing Director Anil Rai Gupta.

“This will aid the discretionary consumption. People would now go to retail stores, mall and even e-commerce and buy more discretionary stuff. It’s a good annulment by the government to spur the consumption,” he said.

South Korean consumer electronic major LG said the stimulus would increase the disposable income and help the customers who are upgrading their durables.

“It will certainly boost demand as disposable income will increase. Ahead of festive season, this is a great news as consumers look to upgrade to new consumer durables,” said LG India Vice-President (Home Appliances) Vijay Babu.

SSPL founder and CEO Avneet Singh Marwah said a customer has a limited choice to spend on travel and other entertainment. SSPL is the brand licensee in India for Kodak TV.

“So, mostly, customers will spend on durables, especially on screens, and appliances will see certain spike,” he said.

While Wonderchef Managing Director Ravi Saxena said business sentiment for the festive period has been negative thus far due to liquidity crunch in the system.

“Some fund infusion was required to induce consumption, and today’s (Monday’s) announcement by Finance Minister (Nirmala Sitharaman) has ensured extra cash in hand for millions of potential consumers,” he said.

Saxena added that the festive period indeed is the most important time of the year for retail and demand stimulation is the only way businesses can find green shoots.

Sitharaman on Monday announced payment of cash in lieu of LTC and Rs 10,000 festival advance to government employees to stimulate consumer demand during the festival season and boost the economy.

She said the government will give its employees income-tax-exempt cash vouchers in lieu of their entitled travel allowances this year.

The cash will have to be spent on buying goods that attract 12 per cent or more GST, a condition that eliminates the possibility of the cash being spent on food items.

Central public sector enterprises and banks will also follow the cue and give cash in place of LTC, as travelling during the pandemic is near to impossible.

Additionally, the government will as a one-time measure give Rs 10,000 salary loan to all its officers and employees as a festival advance.

These two measures are “expected to create a consumer demand of about Rs 28,000 crore”, she said.

According to a joint report by CEAMA and Frost & Sullivan, the appliance and consumer electronic industry had a total market size of Rs 76,400 crore in 2018-19.

Get live Stock Prices from BSE, NSE, US Market and latest NAV, portfolio of Mutual Funds, calculate your tax by Income Tax Calculator, know market’s Top Gainers, Top Losers & Best Equity Funds. Like us on Facebook and follow us on Twitter.

Financial Express is now on Telegram. Click here to join our channel and stay updated with the latest Biz news and updates.

What Is Environmental Racism? - Chatelaine

Mon Oct 12 , 2020
(Photo: David LeBlanc, courtesy of Ecojustice) The following is a guest post from Ecojustice, Canada’s largest environmental law charity. It originally appeared on Ecojustice’s blog; you can read the original here. Ecojustice spoke with Beze Gray, an Anishnaabe land/water protector from Aamjiwnaang First Nation, about environmental racism in Canada, how […] 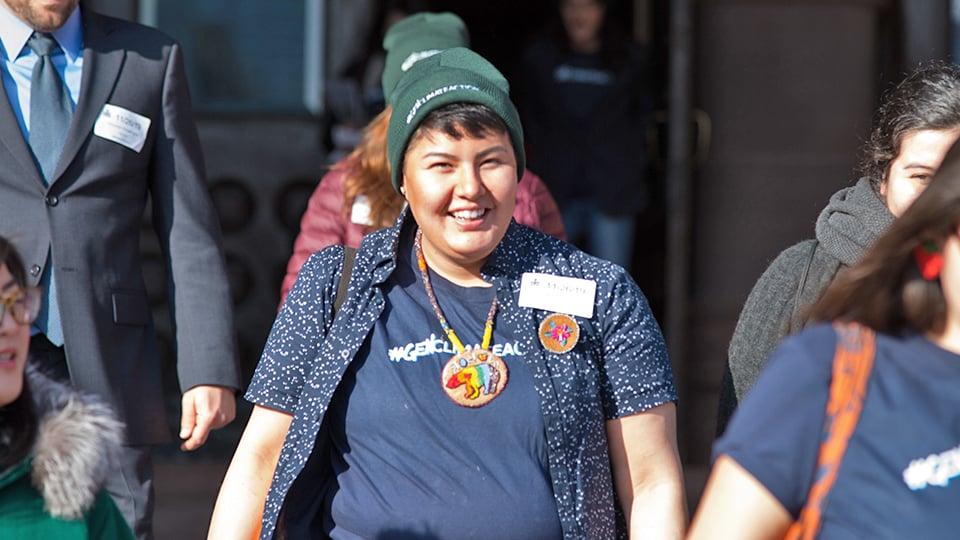