Panasonic has announced a new Micro Four Thirds video camera, the Lumix DC-BGH1. This box-style camera is built around a 10.2MP Live MOS sensor. Based on specs, the BGH1 might appear to be essentially a Panasonic GH5S minus the screen and controls, and to some degree, it is. Still, Panasonic […]

Panasonic has announced a new Micro Four Thirds video camera, the Lumix DC-BGH1. This box-style camera is built around a 10.2MP Live MOS sensor. Based on specs, the BGH1 might appear to be essentially a Panasonic GH5S minus the screen and controls, and to some degree, it is. Still, Panasonic has included several features that are rather interesting.

The aluminum and magnesium alloy body is relatively small, at 93mm per side and 78mm deep (3.66 x 3.07 inches). Notably, the camera lacks both a viewfinder and a screen but includes eleven 1/4″-20 sockets for mounting accessories or a tripod. An integrated fan and internal heat dispersion system allow for unlimited record times, and a hot shoe mount on top of the camera can be used to mount a microphone or Panasonic’s DMW-XLR1 XLR adapter.

The BGH1 also has very different ports than your typical Micro Four Thirds camera. For example, there’s an ethernet port that can utilize Power over Ethernet+ to power the camera over ethernet in addition to transmitting video signal and camera control.

On the back of the camera, you’ll find three BNC connectors that support 3G SDI-out, timecode in/out, and genlock, which is useful for syncing cameras on multi-cam setups. There are also full-sized HDMI-out and USB-C (USB 3.1) connections. The USB-C, SDI and HDMI ports can all provide video output simultaneously. Finally, there are 3.5mm mic and headphone jacks.

Other features include anamorphic lens support, including desqueezed output over SDI, USB-C or ethernet, facilitating remote operation of an anamorphic rig, front and rear tally lamps, and 2.4 GHz Wi-Fi and Bluetooth.

In-camera storage comes from dual UHS-II SD card slots, which can be used either for simultaneous or relay recording. For power, the camera utilizes batteries from Panasonic’s professional camcorder line, with capacities up to 11,800 mAh for extended recording. The camera also includes a dedicated DC-in plug for running off external power.

The BGH1 is undoubtedly an intriguing camera, and its small size and design should make it flexible enough for a lot of different uses, including as a compact cinema camera, a versatile studio camera or mounting on a gimbal.

The Panasonic BGH1 will be available in December at a price of $2000.

Newark, NJ (October 13, 2020) – Panasonic is proud to announce the release of the brand’s first box-style LUMIX Digital Single Lens Mirrorless Camera DC-BGH1. Based on the Micro Four Thirds System standard, the new LUMIX BGH1 takes advantage of high mobility, an extensive interchangeable lens lineup, and even includes technologies Panasonic has acquired though the development of professional cinema cameras, camcorders and the LUMIX GH series. Against a background of increasing streaming opportunities in addition to traditional broadcasting, Panasonic offers the LUMIX BGH1, an easy-to-install camera with high expandability allowing multi-camera control. It can be used in a variety of ways from shooting on drones to IP remote control to live streaming and more.

The LUMIX BGH1 also incorporates advanced deep learning technology that detects specific subjects like humans and fast-moving animals, including dogs, cats and birds. Notably for humans, in addition to the eye, face, and body, the head is separately recognized by real-time detection technology to provide even more precise focusing. The camera keeps tracking the subject even if they move quickly, turn their back to the camera, tilt their head or move far away from the camera.

* The angle of view is reduced when the frame rate is set to 201 fps.

The LUMIX BGH1 is a compact, light-weight box-style camera. Its body is composed of aluminum and magnesium alloy to ensure durability and light weight. The LUMIX BGH1 has a new heat dispersion structure to achieve unlimited video recording. It offers Power over Ethernet+ (PoE+), simplifying installations by providing power, signal and control over ethernet. Control over a maximum of 12 LUMIX BGH1 cameras*1 is available from the Panasonic LUMIX Tether for Multicam*2 application. A future firmware update will support IP streaming over wired ethernet (RTP/RTSP).

The included ethernet port or the USB 3.1 Type-C, 3G-SDI and HDMI Type-A terminals can all be used for simultaneous output. Genlock IN and Timecode IN/OUT functions simplify multi-angle synchronized video recording and integrate into a scalable system with external monitors, rigs and gimbals supplied from other manufacturers.

The LUMIX BGH1 will be available at valued channel partners in December for $1999.99.

*1 Operation may be unstable depending on the connection environment and performance of the connected PC.
*2 LUMIX Tether for Multicam will be released for windows and OSX when the BGH1 goes on sale.
*3 The SDK will be released for the owners of compatible LUMIX cameras (BGH1, S1, S1R, S1H, S5, GH5S, GH5, G9) at following site https://panasonic.jp/support/global/cs/soft/tool/sdk.html on 14 October 2020.

Wed Oct 14 , 2020
designer tanner van de veer has envisioned the harley-davidson revival concept, an electric motorcycle targeted to young consumers who don’t identify with the brand. the resulting design proposes a refined bike that takes cues from the brand’s design language in order to maintain the brand identity with a small, low […] 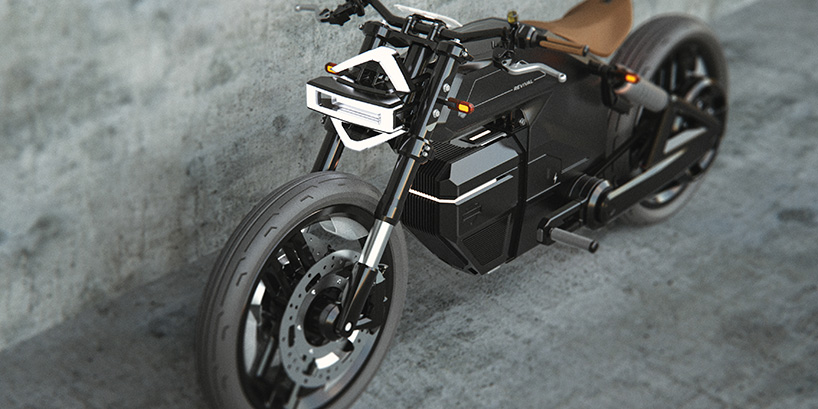