Microsoft Teams is, for now, doing double duty as a business-conferencing solution and as a tool for education. So while some of Teams’ previously announced enhancements for education may have missed the back-to-school window, new Together mode scenes, layouts, and breakout rooms are arriving soon for workplaces and classrooms. Microsoft is […]

Microsoft Teams is, for now, doing double duty as a business-conferencing solution and as a tool for education. So while some of Teams’ previously announced enhancements for education may have missed the back-to-school window, new Together mode scenes, layouts, and breakout rooms are arriving soon for workplaces and classrooms.

Microsoft is hosting its virtual Microsoft Ignite conference this week, having successfully shown the world with its Build conference earlier this year that virtual conferences, properly managed, can even supersede physical ones. One of the key technologies here is Microsoft Teams, and Microsoft is adding features to in record time. As one observer noted, the pandemic is offering both kids and adults a crash course in the same collaborative tools.

Today, Microsoft launched a new Teams feature, called “custom layouts,” while providing an update to its “together mode” that it announced this past summer. But Teams customers will likely be awaiting word of breakout rooms and meeting recaps, and Microsoft provided updates to those, too. By the end of the year, Teams will be able to host interactive meetings with up to 1,000 participants, or 20,000 participants who can tune in in a “view-only” mode.

There’s even a new, special feature for remote workers: a “virtual commute,” using meditation techniques from Headspace as a way to transition from your workday to your personal life, and vice versa. It will integrate with Microsoft’s Workplace Analytics, a sort of virtual report card for your day, which will merge into Teams into 2021.

Microsoft, like Zoom and Google, has essentially straddled education and business with Teams, with features specific to both markets but sharing a single, unified code base. Microsoft executives said that won’t change.

“We certainly like having Teams for education, and not having that be a totally separate code base, and a completely different animal than what we use for Teams for commercial customers and Teams for consumer,” said Chris Capossela, Microsoft’s chief marketing officer, in a question-and-answer session before Ignite began. “There is benefit to having them built by one engineering team. But whether it’s breakout rooms, or whether it’s how to control meeting chat better, there’s a lot of things we’re working on that we know that teachers are dying for us to release.”

One technology Microsoft appears to have emulated from a company called Loom.ai is something new for Teams: a new visual organization tool, which Microsoft is calling “custom layouts.” That does screen sharing one better, giving the presenter control of how the content is presented at the meeting—complete with visual flourishes like superimposing the presenter’s video feed on top of the content. Custom layouts will be added to Teams later this year, Microsoft said.

Microsoft also provided an update to the new “together mode” it tipped during its massive July update for Teams, which arranges meeting attendees in various virtual settings to offer a feeling of normalcy to the whole affair. Microsoft said then that new scenes and backdrops would be added over time, and we’re finding out which: auditoriums, conference rooms, and a coffee shop will be available later this year, together with some AI assistance that positions attendees to best advantage. (Remember that Microsoft also uses AI on the other end, too, with a technology called Eye Contact that it’s offering to Windows 10 Insiders who use a Surface Pro X.)

While “together mode” may be the sizzle, however, breakout rooms and meeting recaps provide the meat of the update. Breakout rooms are due in October, Microsoft said, allowing meeting attendees to spit up into smaller groups. Competing platforms like Zoom already offer this feature, and Microsoft and Google Meet are hastily adding them, too. “Presenters can then hop between breakout rooms, make announcements to all breakout rooms, and close the rooms to return everyone to the main meeting,” Microsoft said in a blog post.

Provided that the meeting host archived it, Teams allows users to go back and re-watch a Teams briefing for note-taking purposes. In this regard, Teams will drastically improve: recaps will will archive the meeting recording, transcript, chat, shared files, and more, stored automatically within Teams. Meeting recordings will even be shareable via SharePoint to external organizations. Unfortunately, Microsoft didn’t say when recaps would be available. However, there’s now reason to keep that Outlook meeting calendar open when the Teams meeting is done, as that’s where you’ll find the recap archive.

Microsoft chief executive Satya Nadella also introduced a Learning app within Teams that will debut later this year, pulling in content from LinkedIn Learning, Microsoft Learn, and other learning platforms and making it available to Teams users.

Microsoft also made some smaller announcements as part of its deluge of Microsoft Ignite news.

Microsoft Search is beefing up by adding connectors, unsurprisingly. Connectors—simply entry points for tapping into data from a variety of sources and apps—are already a part of Excel and PowerBi, and Microsoft’s simply adding the same support to Microsoft Search. Remember, what you might consider to be “Bing” is actually Microsoft Search while within your company’s domain, and allows you to pull up data on colleagues and customers that isn’t publicly avaialble.

Rebooting Stream. If you’ve never heard of Stream, well, there’s probably a reason for it. Stream is Microsoft’s streaming video app, and Microsoft’s rebuilding it—probably a sign that it hasn’t taken off in its current form. “We’re rebuilding Stream to integrate seamlessly with applications across the suite, so you can create, share, and discover video as easily as an Office document,” Microsoft says.

Microsoft is reiterating that Teams will get further integration with Power apps. Microsoft’s Power Platform is a way of allowing users to build tools like they create documents, with specific features to each: Power BI adds business intelligence, Power Automate is designed automated workflows, and Power Apps and Power Virtual Agents create apps and chatbots, respectively. All these capabilities are coming to Teams.

Updated at 9:10 AM with additional information.

Fri Sep 25 , 2020
Move over Google Stadia because Amazon is here with a cloud gaming service of its own. Not content with infecting every other part of our lives, Jeff Bezos has decided to move into video games. Meet Luna, Amazon’s new gaming platform that, like Stadia, eschews expensive hardware in favor of […] 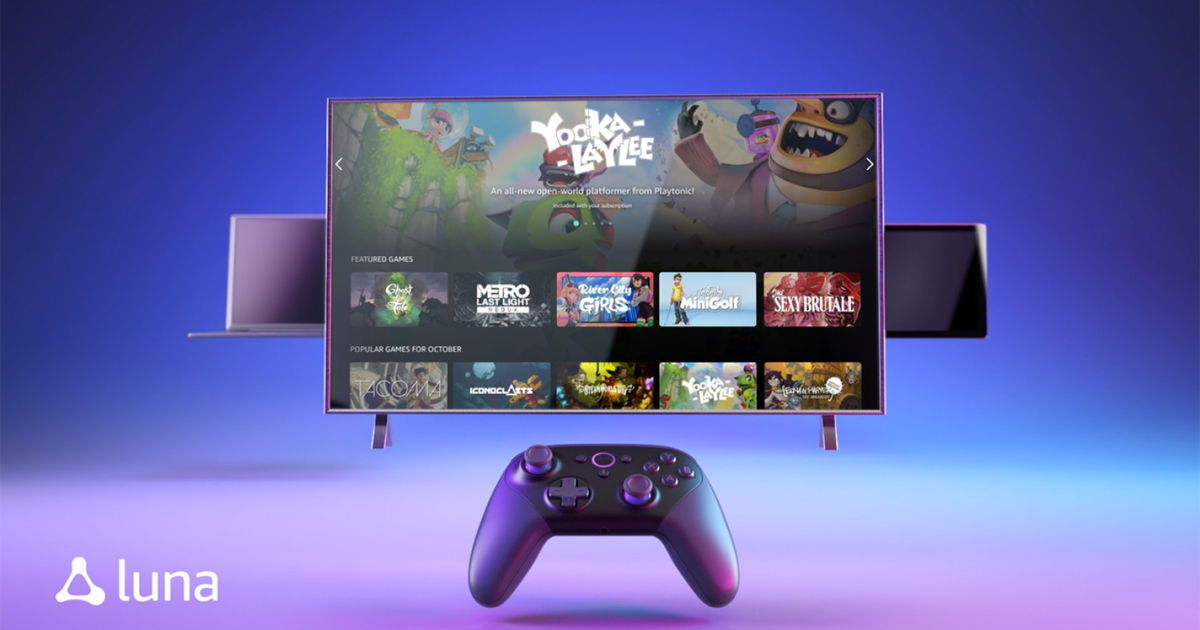