Another week, another virtual tech conference come and gone. This time it was Microsoft and its annual Ignite conference, where the company showcases its latest and upcoming solutions for its ecosystem of developers and IT professionals. We’re all getting used to the digital conference song and dance by now, and Microsoft, of course, pulled […]

Another week, another virtual tech conference come and gone. This time it was Microsoft and its annual Ignite conference, where the company showcases its latest and upcoming solutions for its ecosystem of developers and IT professionals. We’re all getting used to the digital conference song and dance by now, and Microsoft, of course, pulled it off without a hitch. I tuned in to the event last week and wanted to share some takeaways, which I’ll break into two different blogs. The first will be a flyover of sorts, while the second will be a more in-depth look at some of the news around Microsoft’s Power Platform. Let’s dive in!

Microsoft took the occasion to announce Azure Communication Services, which it touts as the world’s first fully managed communication platform available from a leading cloud provider. The offering seeks to save developers from the hassle of building new communications services from the ground up for their organizations—of particular importance now, with businesses upended by the pandemic. More people are working from home than ever before. The newly remote workforce requires robust, reliable and secure communication tools, and that can be a tall order to come up with on the fly.

Leveraging Azure, the same secure cloud platform as Microsoft Teams, Azure Communication Services seeks to solve this issue. The solution enables IT departments to build low latency chat, voice and video calling and SMS text messaging capabilities into their mobile apps, desktop apps and websites. Historically, this would have required complicated integrations, but now, with this offering, developers merely insert a few lines of code. It doesn’t get much easier than that.  Meanwhile, Microsoft says developers can leverage user-friendly APIs and SDKs to build more personalized communication experiences and quickly. To top it all off, Azure Communications Services is essentially platform and device-agnostic, meaning pretty much anyone can utilize it, regardless of their infrastructure and hardware.

Being hosted on Azure brings several advantages. For one, it’s a tip-top, reliable, global cloud brand. It also gives users access to other offerings in Azure’s portfolio, such as Cognitive Services, for translations, sentiment analysis and more. One can easily see where that would come in handy in a customer support scenario. The last thing I’ll stress is that, as mentioned earlier, this platform is secure. Azure Communication Services encrypts all communications for privacy and compliance.

I’ll go into further detail in my next writing, but let’s briefly look at the Microsoft Power Platform news. Microsoft unveiled a fairly sizeable list of enhancements to the offering, designed to enable better cooperation between Power Platform and Teams. First, Microsoft announced low-code updates integrated with Power Apps, Power Automate, Power Virtual Agents and Azure API Management. Microsoft says these will enable professional developers to “mix and match” low-code solutions, then scale and distribute them via Microsoft Teams.

The company also announced integrations between its Power Virtual Agents offering and Microsoft Azure Bot Framework, which will purportedly enable organizations to construct bots with no code and publish them with a single-click in Teams. Additionally, Microsoft announced GitHub Actions for Power Platform, a collaboration with the popular open-source developer platform GitHub, which seeks to enable developers to construct their custom SDLC workflows (software development lifecycle) or choose a pre-configured template.

We’ll save the rest of the Power Platform news for the next column. Let’s move on to what else is new in Microsoft Teams.

It wouldn’t be a Microsoft event without a raft of updates and enhancements to Microsoft’s wildly popular collaboration suite. In the era of Covid-19 and the mass migration to remote work and education, tools like Teams are crucial for keeping the wheels on the track for most businesses.

In addition to the Power Platform integrations discussed above, Microsoft announced many other Teams-related updates and improvements. It unveiled new scenes for its Together mode, announced this summer, a feature that puts people in a virtual meeting into a shared background, to resemble an actual meeting room. Users can choose from several new backdrops, such as an auditorium, conference rooms or coffee shop. Additionally, Together will now utilize machine learning to automatically center and scale conference attendees in these scenes, regardless of where they sit in their camera frame, which Microsoft says will help the Together experience look more realistic.

Adding to Teams’ Dynamic view, announced this summer, Microsoft announced custom layouts, a feature the company says gives presenters the ability to customize how meeting participants see content during the meeting. One example given was superimposing a presenter’s video onto a PowerPoint slide during a presentation.

Microsoft also announced that Teams will now support a breakout room feature, in which meetings can split into smaller groups for purposes such as small group discussions or brainstorming. Additionally, Teams will now automatically compile a recap of sessions, including any recordings, transcripts, chat, shared files and more. This recap allows team members to go back and reference details from the actual meeting or catch up if they missed it altogether. Soon, Microsoft says, these automatically-generated recaps will be stowed in Microsoft 365 to be more easily and securely shared.

We also learned that the Teams Advanced Communications plan will support as many as 1,000 meeting participants by the end of the year. For that matter, Microsoft says it will soon be able to scale up to support as much as 20,000 participants, albeit in a viewing-only capacity, with the ability to utilize live captions.

Microsoft also lifted the curtain on its new home site app, which will give your organization the ability to integrate its customizable SharePoint home page, along with access to its intranet, into Teams. These home sites can be tailored to include organizations’ custom branding and naming and can be utilized by employees to navigate their teams, resources and communities.

Another new Teams feature, seemingly tailor-made for the Covid-19 era, is a new partnership with meditation/mindfulness app Headspace that will integrate some of its modules into the Microsoft Teams workflow. Additionally, Microsoft announced it is bringing new Workplace Analytics capabilities into Teams to give managers better visibility into meeting effectiveness, employee focus, after-hours collaboration and more. And next year, according to Microsoft, Teams will integrate Workplace Analytics’ action plan feature, enabling managers to provide suggestions for improving health and effectiveness.

Lastly, in addition to the virtual updates to Teams, Microsoft also announced Teams panels—a category of mountable Teams Rooms devices that provide information such as meeting scheduling, room occupancy and assistance navigating around the office. The first round of these devices will come via partnerships with Crestron and Yealink. Microsoft also announced forthcoming touchless capabilities for in-room devices, including Cortana voice assistance, Teams casting, and a Rooms remote app.

In the interest of streamlining and improving its security technologies, Microsoft announced a unifying and rebranding of its various services under the umbrella of Microsoft Defender. This umbrella consists of two offerings: Microsoft 365 Defender, which protects user environments, and Azure Defender, which protects hybrid cloud workload environments. All of the Azure security offerings will have a new naming convention—instead of Advanced Threat Protection for Azure Storage, it will now be Azure Defender for Storage, for example. Taken all together, Microsoft says this will give organizations both XDR and cloud-native SIEM tools.

In addition to the rebranding and reorganizing, Microsoft unveiled a new Azure Defender dashboard for the Azure portal, which shows IT which resources need protection and which already have it. We also learned that Microsoft is bolstering Azure Defender for IoT (previously known as Azure Security Center for IoT) with agentless capabilities gleaned from Microsoft’s acquisition of CyberX back in July. Microsoft says these capabilities will allow administrators to identify assets, gaps in security, and threats in an organization’s unmanaged legacy IoT/OT devices.

Microsoft also announced several new features for its Azure Sentinel offering, including a preview of user and entity behavior analytics, the ability to search, add and monitor potential threats, create watchlists for risks and more.

Last, but certainly not least, given the current world health crisis, Microsoft announced Microsoft Cloud for Healthcare’s general availability, coming at the end of October. According to Microsoft, this offering includes various managed services for supporting healthcare organizations and their patients’ care. Upon general release, the offering will consist of several new capabilities designed to help health organizations digitally transform and improve patient experiences.

These include Patient 360 based on HL7 FHIR, a feature that gives health providers full context of their patient’s health history, gleaned from the EMR data repository. Providers can see patients’ current health status–any existing conditions, upcoming procedures, appointments and more. This data will all be based on the HL7 FHIR and integrated directly with the Azure FHIR offering.

In other words, aside from the digital format, it was a typical Microsoft event—more announcements than anyone could shake a stick at. As I see it, the through-line is an emphasis on addressing the business and health needs of the current moment. The pandemic impacted all of these areas, whether we’re talking cloud security, collaboration or healthcare, forcing organizations to adapt quickly. As usual, Microsoft has its finger on the pulse. Stay tuned for my coverage of the Power Platform announcements.

Note: Moor Insights & Strategy writers and editors may have contributed to this article.

Sat Oct 3 , 2020
As the demand for digital transformation becomes accelerated as a result of COVID-19, there is a huge amount of interest from enterprises to build applications, integrate them, modernize systems and automate all of them very quickly and easily in a cost-effective manner. And more and more companies are wanting solutions where it […] 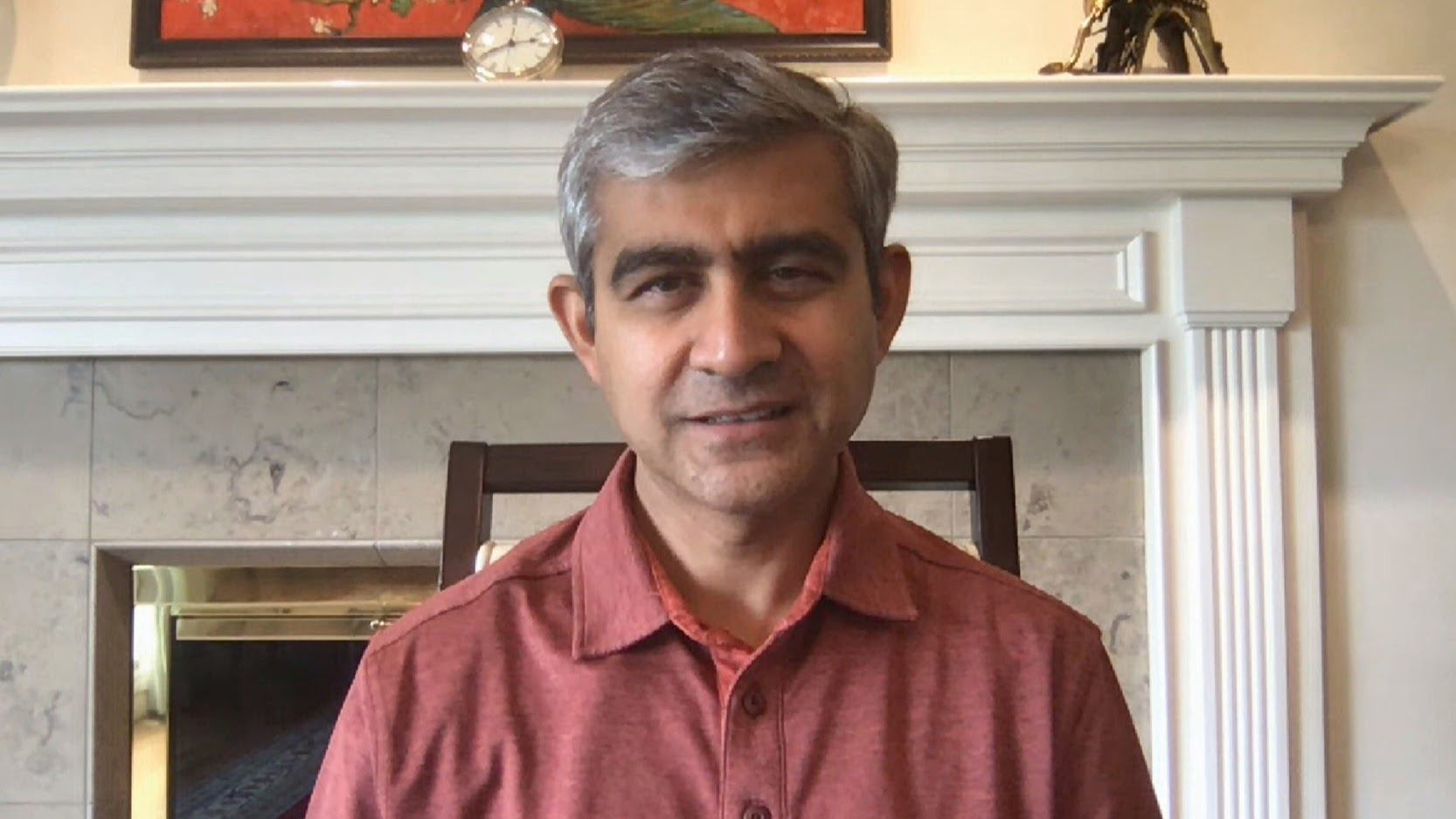