At the Tokyo Game Show 2020, Microsoft MSFT announced that it will launch its cloud gaming service in Japan, bundled with Xbox Game Pass Ultimate subscription, in the first half of 2021. Also, the company announced that its next-generation console Xbox Series X and Xbox Series S will be available […]

At the Tokyo Game Show 2020, Microsoft MSFT announced that it will launch its cloud gaming service in Japan, bundled with Xbox Game Pass Ultimate subscription, in the first half of 2021.

Also, the company announced that its next-generation console Xbox Series X and Xbox Series S will be available in Japan on Nov 10, the same day it releases in the United States.

Apart from that, Microsoft unveiled trailers of  Xbox exclusive game titles like Halo Infinite, Fable, Everwild Grounded, State of Decay 3, Avowed, Psychonauts 2, As Dusk Falls, Tell Me Why and Forza Motorsport along with some notable and highly-anticipated Japanese games titles like Balan Wonderworld, Samurai Spirits, Resident Evil Village and Pragmata among others at the virtual game show.

Why is Microsoft Betting Big on Cloud Gaming?

Microsoft’s cloud gaming endeavour makes sense as Japan has one of leading video games market in the world. Moreover, mobile gaming is becoming popular more than other formats in Japan as well as over the world and so there is tremendous opportunity for cloud gaming. Cloud gaming allows access to games on any android device anywhere anytime which is fuelling its rapid adoption.

Accelerated 5G deployment, and proliferation of smartphones and emerging technologies like AR/VR will further drive the cloud gaming market prospects.

Microsoft underscored Japan’s lucrative video game market at the Tokyo Game Show. The number of monthly active subscribers on Xbox Live for Game Pass, which was launched in April 2020 in the country, soared 82% over summer, stated Microsoft. In addition to Xbox titles, Xbox Game Pass subscribers’ growth in Japan was driven by the availability of local game titles like Yakuza and Dragon Quest.

Microsoft’s Japan cloud gaming initiative follows closely after the company launched its cloud gaming service in 22 markets in North America and Europe as well as South Korea, simultaneously on Sep 15.

For a $14.99 fee per month, gamers can access over 100 game titles on any android device including the likes of Minecraft Dungeons, Halo, Sea of Thieves, Gears 5, Destiny 2, and Tell Me Why, as part of their Xbox Game Pass Ultimate subscription.

Combining Project xCloud and Xbox Game Pass benefits for Xbox Game Pass Ultimate members, at no additional cost, is likely to be a gamechanger for Microsoft and bolster its competitive position in the cloud gaming space.

The potential in the cloud gaming market has lured not only Microsoft but other tech majors like Alphabet, Amazon AMZN, and Facebook. Amazon recently launched its cloud gaming service called Luna in the United States, while Google’s cloud game service Stadia was launched in November 2019.

Microsoft has been making tremendous efforts to seize a larger share of gaming market, which is witnessing significant traction. Mordor Intelligence report cites that the gaming market is expected to reach $257 billion at a CAGR of 9.2% between 2020 and 2025.

Apart from rapid growth in cloud gaming, the video game market is also being driven by COVID-19 induced stay at home trends. In the fiscal fourth quarter of 2020, Microsoft’s gaming revenues increased 64% owing to increased engagement led by stay-at-home wave.

Also, rapid uptake of mobile gaming as well as the launch of newer Xbox and PlayStation console devices and rising interest in esports is driving the overall games market.

Mobile gaming will be the fastest growing segment owing to low barrier of entry, per a Newzoo report. The research firm also adds that mobile gaming will witness 2.6 billion users while PC and console will have 1.3 billion and 729 million gamers, respectively, in 2020.

Bethesda Softworks is the owner of the popular video titles like The Elder Scrolls, DOOM, Quake, Wolfenstein, and Fallout. Post the buyout, the number of development studios will increase to 23 from 15 for the acquirer.

The deal is expected to boost the subscriber base for Xbox Game Pass service as Microsoft will be adding Bethesda’s popular AAA titles to its Game Pass roster. At present, the subscription service has 15 million users. The company also announced availability of Doom Eternal from October 1 on Game Pass.

Microsoft is gearing up for the launch of its next-gen console — Xbox Series X — which arrives on retail shelves on Nov 10. Notably, Sony Corp’s SNE PlayStation 5 will be available from Nov 12 in the U.S. Both Xbox and PS5 are competitively priced and that is likely to intensify console war.

Microsoft is looking to boost the number of takers for its latest Xbox console over its arch-rival PlayStation by expanding the library of games available on Xbox with Bethesda addition. Also, Sony has reportedly lowered its PS5 production estimate by 4 million owing to manufacturing woes, which remains a hindrance.

Per VGChartz data, PlayStation 4 led the console market in terms of total sales through August 2020, with 50.3% market share, outperforming Nintendo’s NTDOY Switch and Xbox One market shares of 28.2% and 21.5%, respectively.

Just ahead of the new Xbox launch, Microsoft also overhauled the Microsoft Store on Xbox to offer gamers speedier browsing and easier navigation to improve shopping experience. The company also added an Xbox Family Settings App to the console settings to help parents keep a tab on their child’s gaming activities.

Earlier in September, the tech giant introduced its smallest Xbox ever — Xbox Series S — at a price tag of $299 to attract more customers, especially casual gamers who do not like to spend money on high-end consoles.

We believe that these developments to boost player engagement and provide immersive experience will bolster revenues from gaming segment in the days ahead.

Biggest Tech Breakthrough in a Generation

Be among the early investors in the new type of device that experts say could impact society as much as the discovery of electricity. Current technology will soon be outdated and replaced by these new devices. In the process, it’s expected to create 22 million jobs and generate $12.3 trillion in activity.

A select few stocks could skyrocket the most as rollout accelerates for this new tech. Early investors could see gains similar to buying Microsoft in the 1990s. Zacks’ just-released special report reveals 8 stocks to watch. The report is only available for a limited time.

Sat Sep 26 , 2020
Kait Smith has been frustrated with a lack of answers from agencies like the Federal Emergency Management Agency. MOLALLA, Oregon — Kait Smith said the last two weeks have felt like a year. She remembers the moment she saw flames from the Beachie Creek wildfire outside her window in the […] 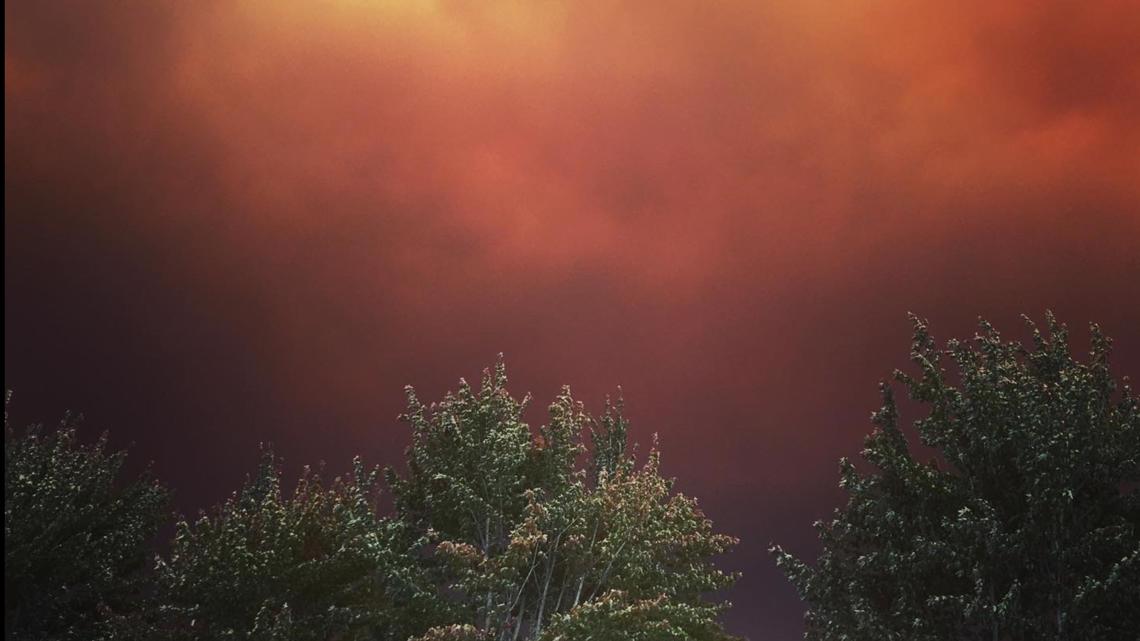