(Pixabay) Amazon Prime Air has been granted permission by the US Federal Aviation Authority (FAA) to fly beyond visual line of sight (BVLOS). This finally makes drone deliveries possible. It joins UPS, FedEx, and others in live-testing the concept, and will trial the craft in areas of low population density.  […]

Amazon Prime Air has been granted permission by the US Federal Aviation Authority (FAA) to fly beyond visual line of sight (BVLOS). This finally makes drone deliveries possible. It joins UPS, FedEx, and others in live-testing the concept, and will trial the craft in areas of low population density.

By granting permission, the FAA is stating that it believes Amazon can operate an unmanned aerial system (UAS) safely and efficiently – at least in aviation terms. Its statement added:

The FAA’s role is to ensure that any UAS operation is performed safely. The FAA supports innovation that is beneficial to the public, especially during a health or weather-related crisis.

The autonomous drones that Amazon is testing have a range of just 15 miles and can carry packages of up to 5lbs/2kg in weight. It plans to deliver these to doorsteps within 30 minutes of an order. This tells us several things, which all need deep consideration.

Gadgets and clothing aside, most deliveries are likely to be low-cost items that shoppers could get in any local convenience store. The economics of this are complex: dozens of drones versus a single van to deliver the same number of goods, with each flight having to be insured against loss or accident. Taking vans off the road saves carbon and helps protect the environment, but loses human jobs. It may also create new ones in drone centers.

Drones’ range figures will improve, of course, but suggest that there will need to be dozens of drone stations nationally to offer a meaningful level of service. And that means building small warehouses and fulfilment centres that carry the items that people want in each location. There’s another name for these: local shops.

A sky full of drones

But how many drones might we be talking about in this new world? In the US alone, Amazon delivers 2.5 billion packages a year – fewer than FedEx (3 billion) and UPS (4.7 billion). A combined 10 billion packages annually is roughly 27 million a day, just in the US.

If, say, just 10% of those were delivered by drone, that would be 2.7 million drone flights daily – all over local areas, given the limited range. One percent would still mean 270,000 drone flights a day, still a huge increase in air traffic.

Take the UK as another example – the small group of islands that leads Europe in e-commerce volumes. Richard Gill is founder and CEO of a specialist company called Drone Defence. He says:

There are 3.5 billion packets under two kilograms delivered in the UK every year. That forms 25% of the whole of Europe’s e-commerce. Let’s say half of those packets get delivered by drone. That would mean 1.75 billion packets [flights] every year. So how many drones would we need to do that? Using Amazon’s model and figures, that would be 300,000 drones.

That seems like an unfeasibly big number. But if he’s correct and the percentage of drone deliveries might eventually be that high, it would mean 300,000 autonomous robots flying over the UK, day in and day out, at some point in the future. He adds:

If we look at the number of flights required to deliver such a service, we’d be looking at five million drone flights a day. And if we equate that to what NATS [the UK air traffic service] currently manages on an annual basis, it looks after about three million flights a year. So the increase, just from a single use case like this, will be exponential.

Indeed. Sixty-nine places in the UK are designated as cities. For the sake of argument, if our notional 300,000 Amazon drones were mainly based in those locations, that’s nearly 4,500 drones per city. These autonomous craft would be constantly in the air, delivering packages to street level – making more flights in a day than the UK sees from airliners in a year.

Such figures are startling, but remember: that’s just from a single technology use case, delivering small parcels. However, even if actual drone deliveries are a small percentage of these numbers, the public safety and nuisance issues would be largely the same.

For Gill, however, the big figure spells opportunity rather than a vision of techno-hell. He says:

We priced it at £1 [$1.29] per delivery, and that was obviously quite a decent revenue potential for the market just here in the UK. […] It would mean 16,000 vehicles taken off the road, a billion road miles will be safe – equivalent to about five percent of the current road miles that are consumed every year. That’s 250,000 tonnes of CO2.

Good news. But on the other hand, adding £1 or $1 to every packet delivered this way is the type of cost that would be passed on to consumers. It would almost certainly be more expensive to the customer than having a bulk order delivered by road.

Amazon currently has 150 million Prime members worldwide – over two-thirds of whom are in the US, each spending an average of $1,400 a year. This gives us some alternative metrics for how many people might be offered free drone deliveries as part of their plan.

If you’re disabled, live in a rural area, have land, or need an item urgently, there is huge potential in the idea – as long as you can reach your doorstep safely and unaided. However, big-city dwellers in blocks of flats, above shops, or on large estates might need convincing of the idea’s attractions.

Even those who have their own door at street level recognise the guarantee of opportunistic crime that unmanned deliveries represent in cities, especially as loading drones with additional security systems would increase their weight and battery usage.

Imagine the strain on local police forces if drones were routinely knocked out of the sky, stolen, attacked, vandalised, hacked, or broken into on landing. And they will be – because of human nature and rampant poverty in cities.

But there is an ever bigger challenge: the need to get the drone to your doorstep safely, without knocking down an elderly human, or maiming a child, hitting a blind or deaf person, terrifying dogs, colliding with buildings, trees, TV aerials, traffic, cyclists, or power lines, striking birds, downing a light aircraft, or causing any other type of accident.

Make no mistake: someone has calculated that the kinetic energy of a drone that’s big enough to carry up 5lbs/2kg of goods would probably not kill someone if it hit them. But these things are helicopters, and people run away from spinning blades with good reason. Amazon now wants to land one outside your home.

Logically, this suggests that buildings will start having small helipads attached. This creates yet more issues in city centres or historic zones, as anyone denied permission for a satellite dish knows. The visual impact on our towns and cities could be significant.

But even that’s not all: your aerial delivery of cornflakes will need to safely avoid thousands of other autonomous, aerial boxes of cornflakes on its flight to your doorstep. And it will have to do so day and night in all weather conditions. Standardised drone safety and assurance technologies will be essential.

Small, lightweight drones are a harbinger of larger ones that will carry more items, heavier goods, or people – pilotless air taxis are being tested in several parts of the world. So it’s common sense to ask whether most people would tolerate the skies over their towns and cities being full of even small rotorcraft, each carrying a bottle of soda or some bananas.

Is this a world that we really want to live in? Isn’t the idea itself just a bunch of bananas, lacking in any semblance of common sense? At this point it’s worth remembering that Amazon – like Google, UPS, and FedEx – is a US company designing things for a world that looks like America: a huge land mass, open spaces, grid-like cities with hundreds of miles between them, long straight roads, and thousands of rural communities.

In that world, drone deliveries make perfect sense, and the same applies to China. But in densely-populated European countries, with their ageing cities and creaking infrastructures, the concept is a less easy fit.

Taken together, the constant risk, noise nuisance, and intrusion into people’s lives seem extreme – all to deliver items that you could pick up from a local shop. Yes, rural communities would benefit, while fossil fuel pollution and road accidents would be reduced. But they would be replaced with noise pollution and entirely new dangers – not to mention the carbon footprint of manufacturing and disposing of millions of drones and their batteries.

As if all this weren’t enough, there’s another lurking problem: the shift from the end-to-end safety management of traditional aviation to drone autonomy in the cloud, with all its connectivity and availability challenges.  Joe Taylor is Strategic Advisor at KPMG’s Infrastructure Advisory Group. He explains:

It’s not safe to assume that [existing air safety and security] processes and procedures are appropriate for emerging concepts like drone delivery or flying taxis. In contrast to the rigidity of the existing aviation environments, new operational concepts are hugely diverse and will develop quickly and flexibly in line with a more dynamic market. They might exist in the same regulatory environments as traditional aviation, but they’re entirely different concepts with a very different risk profile.

If you think about safety in traditional aviation, the focus is on the safety of other known, end-to-end systems, made up of people, processes, technology – systems that are fixed on the ground, or on a plane, and they’re owned by institutions and looked after by thousands of experts.

Emerging aviation, on the other hand, is open ended. It will merge with cloud-based networks and software-based systems that have shared, distributed ownership. So safety becomes a more diffuse, collective responsibility.  In terms of physical security and privacy, the traditional industry is based on what happens from security gate to security gate. But in emerging aviation, drones will fly in lower airspace, close to the citizen, and have a much more diverse customer base. Think about insurance and trust.

The emerging industry has an important role to play in minimising risk. New providers should use their expertise in new technologies to inform the development of new processes and procedures, and work hand in hand with regulators to adapt the industry for the future. They should see regulation as a means to foster innovation and encourage fair and safe operations – not simply as a hurdle to overcome.

Wise words. More than any other sector, drone deliveries demand common sense and critical thinking. Let’s hope it won’t take a disaster to force a rethink.

Thu Sep 24 , 2020
Google’s Nest Hub smart displays are useful for a lot of things, but they certainly push voice interaction over all else despite touchscreens being a core part of the device. Now, in a new video, we can see a complete redesign to the Nest Hub Max’s UI, complete with control […] 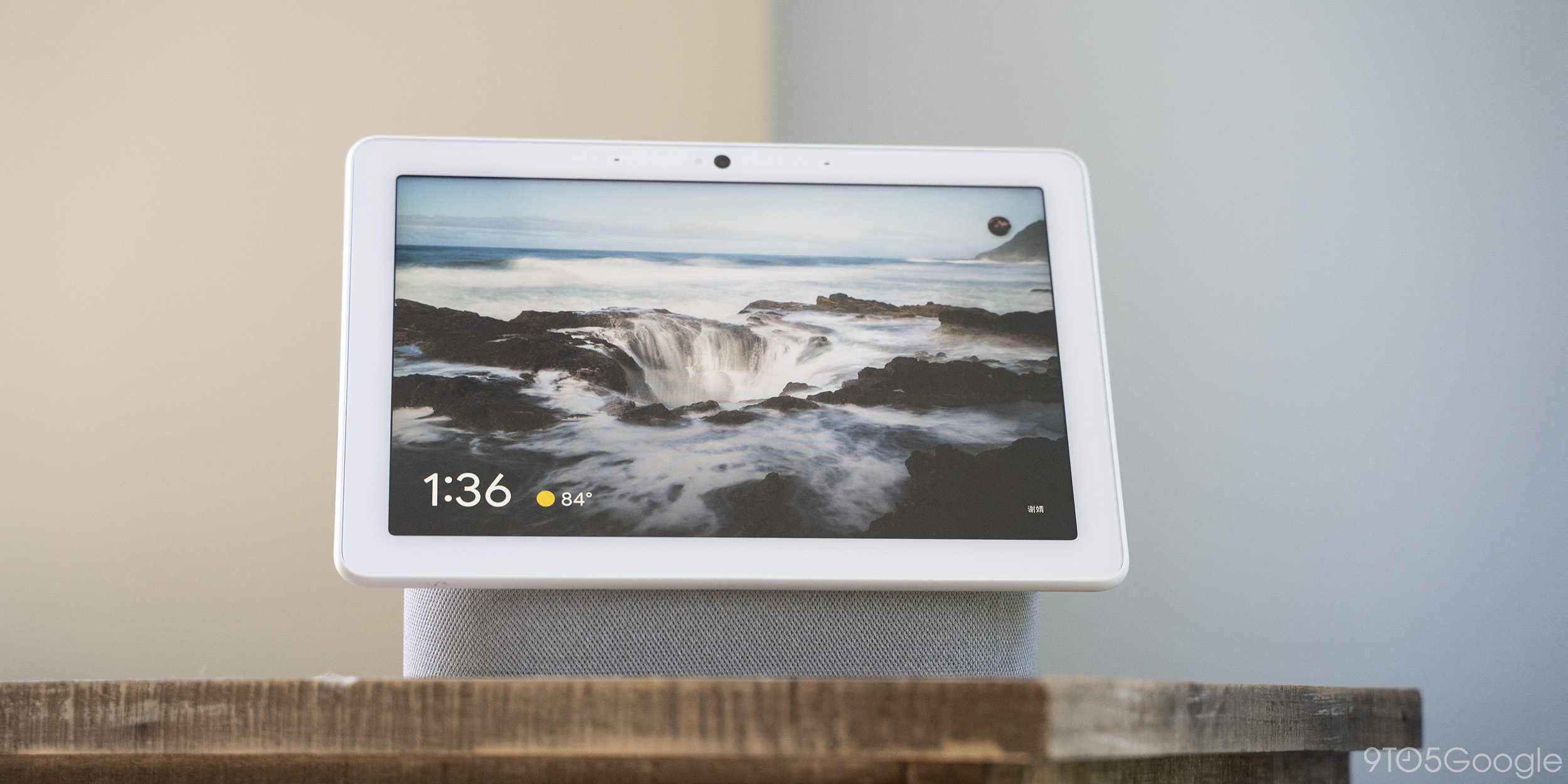