The “clearance operation” began at 3 a.m. in western Myanmar, the soldier says. The colonel in charge told the troops in Myanmar’s 565th light infantry battalion their task was to wipe out the Rohingya villagers in the area, ordering them to “shoot all that you see and all that you hear,” Pvt. […]

The “clearance operation” began at 3 a.m. in western Myanmar, the soldier says.

The colonel in charge told the troops in Myanmar’s 565th light infantry battalion their task was to wipe out the Rohingya villagers in the area, ordering them to “shoot all that you see and all that you hear,” Pvt. Myo Win Tun says in video testimony obtained by NBC News.

His unit carried out the order, the private says, raping women first before killing them along with children and the elderly. The troops buried 30 bodies in a mass grave near a cell phone tower and an army base, the soldier says.

“The Muslim men were shot on their foreheads and kicked into the grave,” the soldier says.

His shocking testimony, along with that of another soldier deployed to a nearby township, marks the first time members of Myanmar’s military have confessed to mass killings in August 2017 that United Nations officials and human rights groups call a genocidal campaign against the Rohingya minority.

The testimony of the two soldiers, which was first reported by the New York Times, echoes the accounts of many Rohingya refugees and could have a dramatic impact on future proceedings at the International Criminal Court, which is examining whether Myanmar military officers committed crimes against the Rohingya community.

It remains unclear if the two soldiers will be charged, or serve as witnesses for the prosecution of senior military leaders.

“This is the first time that Myanmar soldiers are coming forward in this way,” said Matthew Smith, chief executive officer at Fortify Rights, a human rights group.

Smith said the soldiers’ detailed testimony confirms acts of violence against Rohingyas that amount to genocide and crimes against humanity, and could open the door for others in the military to come clean.

“This is the crack in the armor of impunity in the history of the Myanmar army’s campaign against the Rohingya and other ethnic nationalities,” Smith told NBC News.

The two soldiers fled Myanmar and have been flown to The Hague, where the International Criminal Court is located, according to a source with knowledge of the matter.

NBC News could not independently confirm the statements from the soldiers but their testimony appears to match accounts from human rights groups and Rohingya refugees.

Myanmar’s mission to the United Nations did not respond to a request for comment.

In his video testimony, Pvt. Myo Win Tun says the same colonel who gave his unit the original orders, Col. Than Htike, told the troops “to exterminate all” Rohingya.

Both soldiers, speaking without emotion in a flat monotone, described how the troops from all ranks raped Rohingya women before destroying the villages.

In the same region, another unit was carrying out a massacre against Rohingya under similar orders, according to video testimony from a second soldier, Pvt. Zaw Naing Tun of the 353rd Light Infantry Battalion.

“We wiped out about 20 Muslim villages,” Pvt. Zaw Naing Tun says in the video. His unit of roughly 80 troops was told “to kill all, irrespective of children and adults,” he says.

Pvt. Zaw Naing Tun says fellow troops and officers raped Rohingya women. He did not take part as he was ordered to guard the area where the rapes were carried out, the soldier says.

“I was sentry outside while they were raping. I had to do the sentry because I am a private,” he says. “I can’t remember all of their names and ranks because there were a lot of them.”

He says he and fellow soldiers shot and killed seven Rohingya in Zin Paing Nyar. He also says in the video that they abducted 10 unarmed Rohingya, tied them up with ropes, killed them and buried them in a mass grave. He and other privates dug the hole for the mass grave, he says.

The August 2017 military campaign against the Rohingya Muslims forced an estimated 730,000 to flee the country, mostly in neighboring Bangladesh.

An international fact-finding team appointed by the United Nations concluded that top military commanders in Myanmar should be investigated and prosecuted for genocide and other crimes against humanity. The crimes included murder, rape, torture, sexual slavery, persecution and enslavement, the investigators said.

According to the United Nations, about 200 Rohingya villages were razed from 2017 to 2019.

Myanmar has denied it carried out a pogrom against the Rohingya. The country’s civilian leader and winner of the Nobel peace prize, Daw Aung San Suu Kyi, spoke in defense of Myanmar in another case at the International Court of Justice in The Hague.

The United States has labeled the 2017 events as “ethnic cleansing” and demanded Myanmar hold those responsible to account, but the Trump administration has stopped short of defining the army’s actions as genocide.

Gambia, acting on behalf of the 57 countries in the Organization of Islamic Cooperation, has filed a case before the International Court of Justice, accusing Myanmar of trying to “destroy the Rohingya as a group, in whole or in part, by the use of mass murder, rape and other forms of sexual violence, as well as the systematic destruction by fire of their villages.”

Sat Sep 26 , 2020
HUMBLE, Texas (KTRK) — Family members are concerned that Atascocita High School may not have enough safety measures in place after a student snapped a picture of a crowded hallway during the school’s passing period. The student’s family member wanted to remain anonymous out of fear of retaliation from the […] 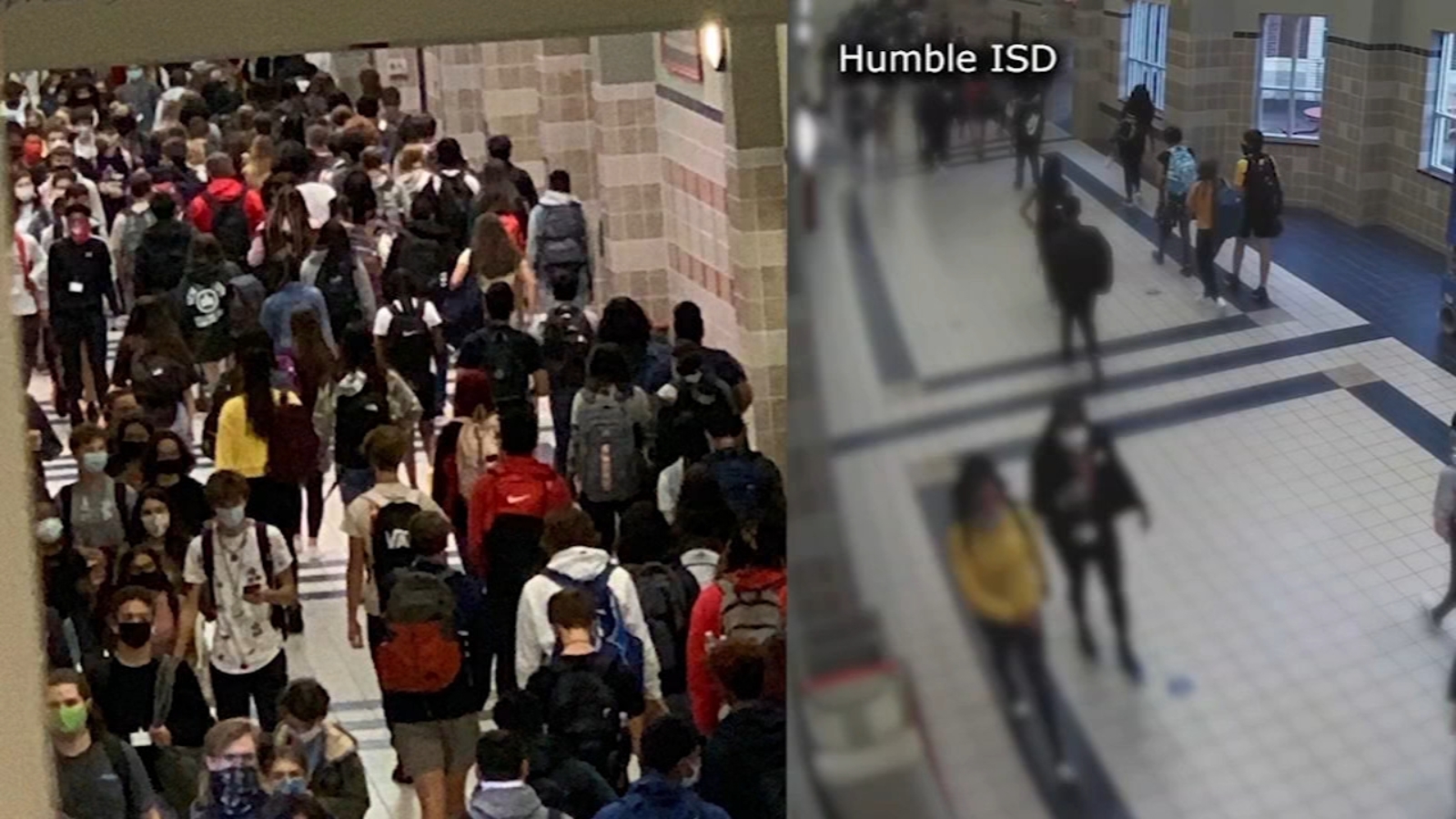