A white bar-owner in Nebraska committed suicide months after he fatally shot a black rioter who vandalized his business and attacked him. Though prosecutors originally deemed the shooting was in self-defense after reviewing video and witness testimony, the position was reversed after pressure. “Mr. [Jake] Gardner, as we know now, […]

A white bar-owner in Nebraska committed suicide months after he fatally shot a black rioter who vandalized his business and attacked him.

Though prosecutors originally deemed the shooting was in self-defense after reviewing video and witness testimony, the position was reversed after pressure.

“Mr. [Jake] Gardner, as we know now, has said I did what I did to defend myself and we find that we can’t disprove that from the evidence that we have,” Douglas County Attorney Don Kleine said in June.

According to Kleine, James Scurlock, the victim, jumped on Gardner’s back and started to choke him after Gardner fired two warning shots in front of his business during the height of violent George Floyd protests in May.

“Words are exchanged and Gardner ends up on his back in the middle of the street when the shots are fired, including the one that hit Scurlock in the neck and killed him,” the New York Post reported at the time.

Then things changed earlier this month.

Kleine asked the grand jury to take a look at the case after his decision was criticized, saying he wanted people to have faith in the justice system. Critics had said that Scurlock was just trying to stop Gardner from hurting anyone. (NY Post)

Gardner was then indicted on several counts: “manslaughter, use of a deadly weapon to commit a felony, attempted first-degree assault and terroristic threats,” KETV reports.

On Sunday, he was found dead outside a medical clinic near Portland, Oregon, from a self-inflicted gunshot wound.

Gardner’s attorney said he feared for his life in Omaha after receiving death threats.

Dornan said Gardner was a decorated veteran of multiple tours in Iraq, saying he suffered two traumatic brain injuries. Gardner said he felt like he was in a war zone the night of Scurlock’s death, Dornan said.

“I want to make it very clear that this was a clear case of self-defense,” Dornan said, describing Gardner as cooperative with police.

“The grand jury indictment was a shock to him,” he said. “He was really shook up.”

He said Gardner was difficult to reach due to the fires in California, but that he did intend to return to Omaha. He was going to be accompanied back to Omaha by a fellow veteran, Dornan said.

“There’s no way to defend the lies on social media. When you respond, you only make it worse,” he said. “We have to stop the lies.”

He said Gardner was afraid of returning to Omaha and that he had hired a bodyguard.

“Jake was worried he was going to get shot on the way here, that some of those folks would gave him death threats…would carry through with them,” Monaghan said.

Dornan said “who can blame” Gardner for not believing he would get a fair trial. He said he was frustrated that he did not have the opportunity to prove Gardner’s innocence. (KETV)

Ann Coulter summed up the situation.

Jake Gardner’s friends are eulogizing him in comments.

Fri Oct 9 , 2020
US Secret Service veterans were floored by President Donald Trump’s decision to leave Walter Reed National Military Medical Center for a photo op while infected with the coronavirus. Trump ventured outside Walter Reed in a mask in an SUV on Sunday along with two Secret Service agents who donned personal […] 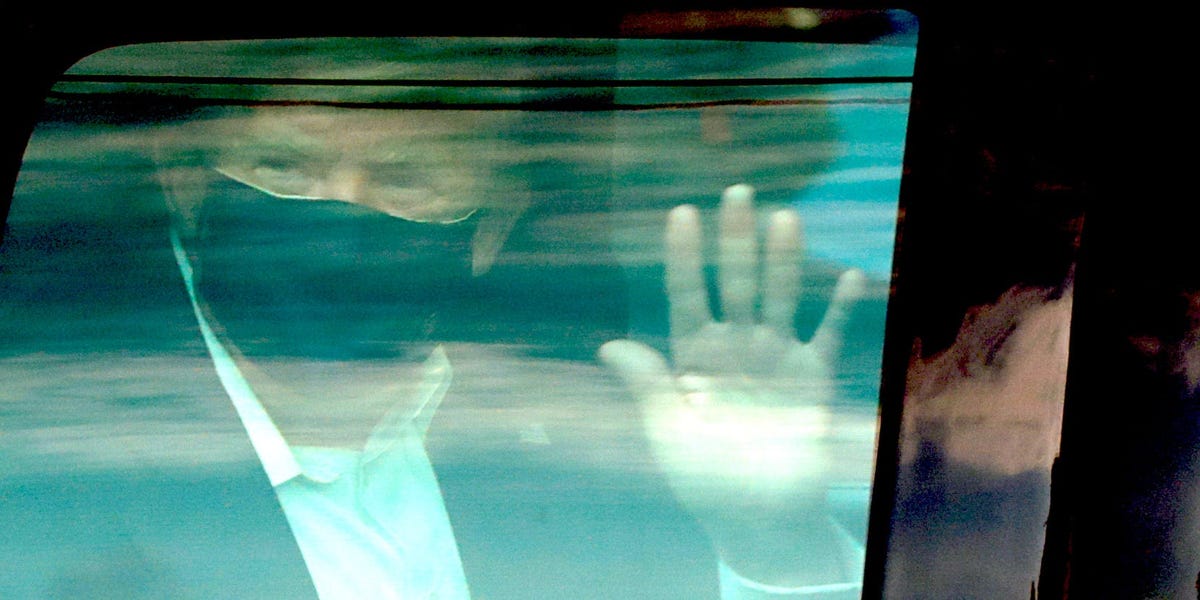