A powerful new video highlighting the life-changing work carried out by mental health nurses and their ability to “offer hope” has been released, featuring testimonials from patients and nurses themselves. Launched to mark World Mental Health Day, the six-minute film aims to thank mental health nurses for the work they […]

A powerful new video highlighting the life-changing work carried out by mental health nurses and their ability to “offer hope” has been released, featuring testimonials from patients and nurses themselves.

Launched to mark World Mental Health Day, the six-minute film aims to thank mental health nurses for the work they do and to inspire more people to join the profession in England.

It comes amid concern that on the current path there will not be enough of these nurses to meet future demand, and that outdated sterotypes and lack of understanding about the role could be driving away potential recruits.

The video was created jointly by NHS England and NHS Improvement, Health Education England, and the Speaker Collective social enterprise, and comes with the hashtag: #MHnursesofferhope.

Members of the Speaker Collective, which works to encourage more open conversations about mental health, speak in the video of the difference nurses made to their own personal journeys with mental ill health.

One advocate named in the video as Dave said he owed his recovery “pretty much solely down” to his mental health nurse, while another speaker from the collective, Marsha, said her nurse “sees me for who I am and when we talk she validates some of the very real feelings that I have”.

The video goes on to feature three NHS mental health nurses who explain why they chose the career, what their jobs involve and give examples of some of the patients who had stuck in their minds.

One of those featured was a clinical nurse specialist from Southern Health NHS Trust, named in the film as Alice, who had followed the path of both her parents and became a nurse after the NHS saved her own life as a teenager following her admission to hospital with anorexia.

Alice speaks in the video about one of her patients who had been hospitalised with severe self-harm and how she was able to work with the family following the incident to “educate them and address the stigma they were putting on her”.

“She [the patient] actually wrote to me afterwards and said how helpful that was and that was just really lovely,” added Alice. 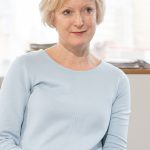 “But being able to work with the patient, their family, the medical team, my consultant, to get the patient well and able to walk out of hospital, that is just incredible.”

Ruth May, chief nursing officer at NHS England and NHS Improvement, said it took “a pretty unique skill set and special type of person to work in mental health nursing” and she hoped the film would promote the opportunities a career in the speciality could offer.

HEE chief nurse Professor Mark Radford added: “Mental health challenges can affect us all and this film highlights the huge expertise and skill these nurses have and I am proud to help raise awareness of this very important career in this field of nursing.”

Meanwhile, Jon Salmon, director of the Speakers Collective, who helped produce the film, said there had “never been a more important time for the hope that mental health nurses provide”. 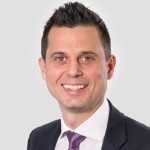 “We are delighted to be able to use this moment [World Mental Health Day] to support our brilliant NHS mental health nurses, who are sometimes overlooked but whose work offers hope and helps save lives every day,” he added.

“The Speakers Collective members who have shared their stories testify to the amazing contribution that these nurses have made to their lives and the lives of their families.”