For one of the first film productions Norfolk native Sarah Wylie helmed, all she had at her disposal was a VHS camcorder, a wildly active imagination and the tenacity of a Hollywood professional. At 11 years old, she began producing her version of J.R.R. Tolkien’s “Lord of the Rings,” enlisting […]

For one of the first film productions Norfolk native Sarah Wylie helmed, all she had at her disposal was a VHS camcorder, a wildly active imagination and the tenacity of a Hollywood professional.

At 11 years old, she began producing her version of J.R.R. Tolkien’s “Lord of the Rings,” enlisting friends who learned elvish and gave it their all for Wylie’s “Battle of Helm’s Deep.” Until she was 16 or so, Wylie worked behind the scenes as the production’s mastermind, creating weapons, designing costumes and even using babysitting money to fly friends out for filming.

Now 31, Wylie is still hard at work behind the scenes, only now, she’s got much more at her disposal than a camcorder.

The Maury High School alumna recently wrapped production on a short film in Los Angeles — which she now calls home — starring Danny Trejo, the beloved cult classic actor from flicks like “Machete,” “Desperado” and “From Dusk Till Dawn.”

Titled “The Shift,” Wylie said the short follows the lives of seven people as they navigate the very early days of the coronavirus pandemic.

“Losing jobs and trying to figure out how they’re going to eat, concern about giving COVID to loved ones,” Wylie said. “The beginning of pure exhaustion.”

Real concerns that, unfortunately, people all over the world dealt with as the virus swiftly disrupted the daily lives of billions.

Don’t expect overblown depictions of struggle, though. Wylie said many of the storylines took direction from actual news headlines in the first several weeks of mandatory lockdowns and quarantines.

Wylie has always believed that to really make it in the film industry, you have to create your own work instead of waiting for opportunities to arise.

That mindset was complicated by the coronavirus, of course, but being forced to sit still wasn’t an option. Instead, Wylie knew the extra time at home was the perfect opportunity to get creative.

So, she reached out to Jade Tailor, who plays Kady in the SyFy series “The Magicians,” who was also out of work due to the pandemic and proposed they develop their own project. Not much for writing, she asked Tailor to help come up with an engaging story.

“Jade brought me three ideas and I loved them all, so I asked her to make them all work as one,” Wylie said. “She laughed at me, but she brilliantly wove the lines together.

Tailor not only wrote the story but directed the film. The pair soon enlisted the help of Brittany Curran, who plays Fen in “The Magicians” and Sofia in Netflix’s “Dear White People,” to help produce and take on a role, and the three got to work.

Production was far different for the film than anything Wylie had ever worked on. Consideration after consideration was made to ensure that their crew and talent would be kept safe and healthy.

They tested every person on set twice as often as necessary and brought a nurse on set. Masks and social distancing were mandatory when the cameras weren’t rolling.

Production costs were about 30 percent more than expected because of COVID, but Wylie said it was “1,000 percent necessary.” Because of the unusual experience, they’re considering creating a “making of” sort of documentary, too.

“The conversations we were having were so strange just making sure that everyone is super safe and all of these safety meetings and things you have to take into consideration wouldn’t have existed outside of COVID era,” she said.

Their planning paid off, though. Trejo was so impressed by their thoughtfulness that, on set one afternoon, he Facetimed Los Angeles Mayor Eric Garcetti.

“He sees everything we’re doing on set, wearing the KN95 masks and everything. We were all out in the garden one day and it’s 110 degrees outside and Danny is totally unphased by that. He’s trying to Facetime Mayor Garcetti to show him how compliant we were and how much fun he was having,” she said.

Filming ended in early September. Next up, Wylie said they’re entering the short into festivals and pushing to get an Oscar consideration.

Using the film, Wylie and her team are working with the Los Angeles LGBT Center to raise funds for LGBTQ youth who have been negatively impacted by the pandemic, a choice inspired by a romantic relationship in the film.

The center staff helped Wylie, Tailor and Curran make sure they were representing the LGBTQ community correctly and using preferred terminology for specific characters in “The Shift.”

Wylie’s short film will eventually be available to stream once it makes the festival rounds, she said. Streaming information will be shared on the film’s Instagram account (@theshift.project).

As for Wylie’s vision of the classic Tolkien tale, expect to see those films at some point, too.

Wylie lost just about everything last year when her apartment burned down, except for those tapes from long ago. They only survived because, at the time of the fire, they were safe in the trunk of her car.

She recently finished digitizing the footage and has moved on to editing before deciding what she’ll do with her early passion project.

Decisions about “The Shift” are still to be made, too. Wylie said they’re considering developing the short into a feature-length film.

“It is a little baby short,” she said, “but I think it can be a nice catalyst for other things.”

Sat Oct 3 , 2020
The best gaming motherboard sits betwixt all your PC’s components, so you’ll want to ensure whichever one you pick it’s fit for the job. That means a motherboard that’s reliable, able to keep your CPU running at top speed, and ready for upgrades later in life. Prime Day deals are […] 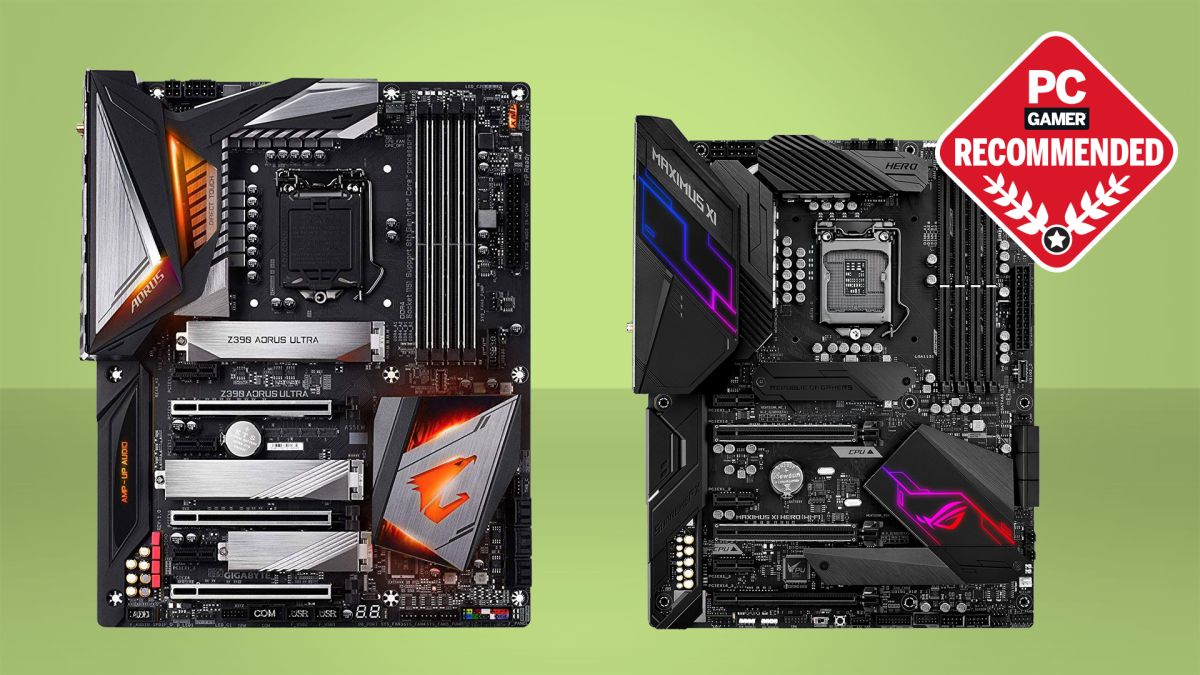