Reviewed by Emily Henderson, B.Sc.Sep 21 2020 Athletes are always on the lookout for new ways to push the limits of human performance and one needs to first pinpoint their current limits objectively if they seek to overcome them. A team of researchers from the National University of Singapore (NUS) […]

Athletes are always on the lookout for new ways to push the limits of human performance and one needs to first pinpoint their current limits objectively if they seek to overcome them.

A team of researchers from the National University of Singapore (NUS) has developed a smartphone-powered suit capable of providing athletes with physiological data such as their posture, running gait and body temperature while they are out on the field.

The current technology used to monitor athlete performance range from small wearable fitness trackers to elaborate clinical monitoring equipment. Fitness trackers are compact and lightweight but are only able to collect data from a single point which is insufficient to generate meaningful insights.

Clinical monitoring equipment can incorporate multiple sensors to capture data from various points on the athlete’s body, but are mired in tangles of wires and is too bulky to be used outdoors.

The ideal system would allow researchers to collect data from multiple sensors at different points on the athlete’s body in an outdoor environment while keeping bulk, weight and wires to an absolute minimum.

Led by Assistant Professor John Ho, a team from the NUS Institute for Health Innovation and Technology, designed the pattern of the web-like threads to relay electromagnetic signals from a nearby smartphone to sensors on the body as far as a metre away, providing power and data connectivity across the suit.

The team took about two years to develop the technology and its research findings were published in Nature Communications earlier this year, where they proved that it was possible to relay a smartphone’s near-field communication (NFC) signal to different locations on the body with specially designed inductive patterns.

Our smart suit works with most modern smartphones, which act as both the source of power as well as the display to view the sensor data. The creation of a smart suit that can be powered using built-in smartphone wireless technology is a major breakthrough.”

The smart suit is made up of web-like circuitry with the inductive patterns acting as hubs at strategic locations. Custom-made sensors placed at those hubs can transmit data back to the smartphone and are powered by the smartphone’s NFC chip, removing the need for batteries.

This reduces a significant amount of weight while enabling the collection of data from multiple areas on the body.

The current prototype can support up to six sensors per smartphone while collecting information such as spinal posture, running gait, and body temperature simultaneously.

Among these functions, the ability to measure spinal position across multiple nodes is most significant as spinal posture is an integral part of developing a solid athletic stance which is often overlooked due to the difficulty in collecting real-time data previously.

Good athletic stance can help reduce the risk of injury and optimise performance as poor posture is biomechanically inefficient. The smart suit can constantly monitor an athlete’s spinal posture to provide real-time data with minimal impact on their performance as it is wireless and lightweight.

Other potential applications would include clinical diagnosis of spinal disorder and round-the-clock health monitoring. Researchers and doctors can access the data transmitted to the smartphone via a custom-built application which can also alert the user if any potential issues such as overheating occurs during physical activity.

Moving forward, Asst Prof John Ho and his team plan to develop new sensors to increase the range of data collected and hope to work with professional athletes to help them monitor their physiological signals during training.

Walmart's 'Big Save' Prime Day sale is live: here are the best deals so far

Tue Oct 13 , 2020
Walmart’s rival Prime Day sale is live with fantastic deals that you can shop today. The retail giant is trying to compete with the Amazon Prime Day sale by launching its sale two days earlier and offerring can’t-be-missed bargains in a slew of categories. We’ve rounded up the best Walmart […] 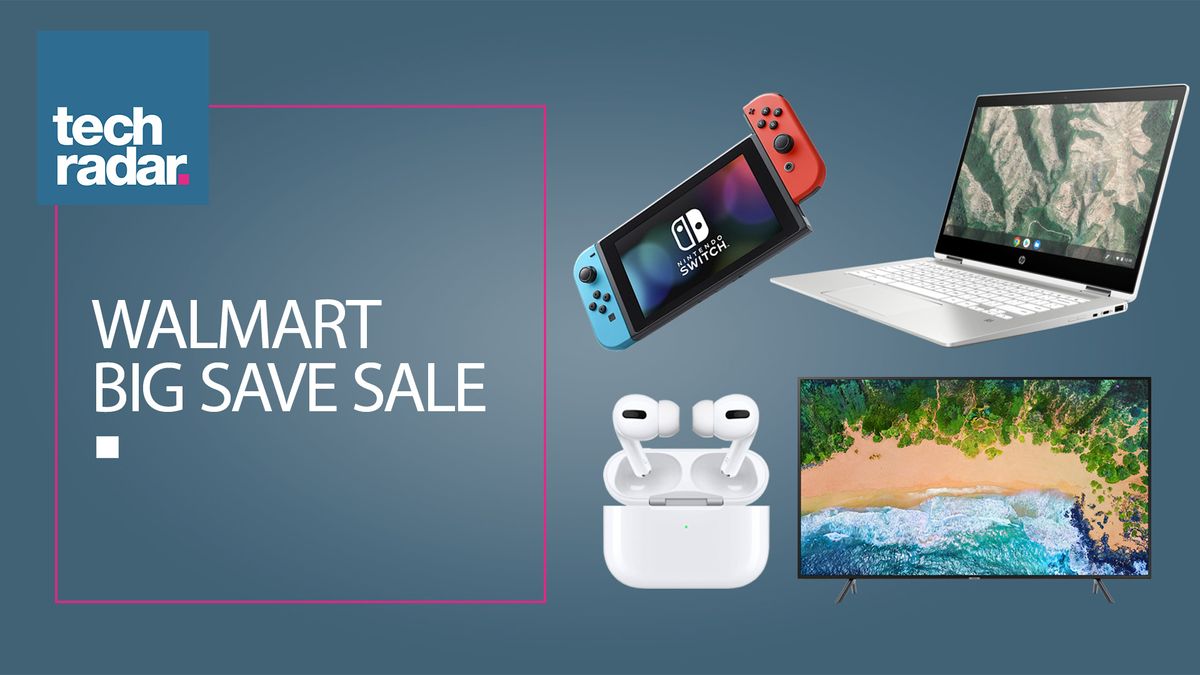