Don’t Ignore This Decades-Old Tech Stock Compared to the high-flying stocks in today’s red-hot tech sector, Micron Technology, Inc. (NASDAQ:MU) may not seem like an exciting name. The company, which has been around since 1978, is trading at roughly the same level it was a year ago. But if you […]

Compared to the high-flying stocks in today’s red-hot tech sector, Micron Technology, Inc. (NASDAQ:MU) may not seem like an exciting name. The company, which has been around since 1978, is trading at roughly the same level it was a year ago.

But if you decide to ignore MU stock, you could be missing out on a serious growth opportunity.

Allow me to explain…

The first thing to note is that even though Micron is a four-decades-old business, it is churning out some very impressive growth rates.

Because Micron’s memory chips are widely used in personal computers (PCs), there have been some concerns. The PC industry has not been in the best of shape over the past several years.

And then there is the concern about the seasonality of the business. If you are looking for continued growth quarter over quarter, Micron Technology, Inc. may disappoint because the memory chip business tends to be seasonally slower in the first quarter of the calendar year.

However, there are multiple catalysts that could fuel Micron’s future business.

For instance, due to the boom in cloud computing, the data center market is already a growth driver for Micron’s DRAM sales.

At the same time, Micron is well-positioned to capitalize on the growing 5G adoption because it offers industry-leading low power DRAM and managed NAND solutions to major smartphone makers. The company had a record number of design wins in the mobile business in the fourth fiscal quarter.

Even the PC market may not be as gloomy as some had thought. Sure, people are using smartphones and tablets more often, but because of the work-from-home trend, demand for notebooks has been strong.

Then there’s also the automotive market. As automakers start offering advanced infotainment systems and increased automation, there has been secular growth in DRAM and NAND content in cars.

While the COVID-19 pandemic has hit the auto industry quite hard, Micron said that it saw “a strong recovery toward the end of FQ4 and expect sequential growth in sales of our products into the automotive market in FQ1.” (Source: “Micron Technology, Inc. Fiscal Q4 2020 Earnings Call Prepared Remarks,” Micron Technology, Inc., last accessed October 5, 2020.)

And if you are wondering whether the pandemic has slowed down Micron’s production, don’t worry. According to the latest investor presentation, nearly three quarters of the company’s employees are back on site and manufacturing operations are running close to fully staffed levels. (Source: “Financial Results FQ4 2020,” Micron Technology, Inc., last accessed October 5, 2020.)

In addition, because Micron is an established player that has been around for decades—as opposed to being a new tech start-up—it is already profitable. In the fourth quarter of the company’s fiscal 2020, it generated adjusted net income of $1.08 per share, which marked a substantial improvement from the $0.82 per share earned in the third fiscal quarter and nearly doubled the $0.56 per share earned a year ago.

In uncertain times like this, a positive bottom line number should be reassuring for tech stock investors.

As I mentioned earlier, MU is not exactly a soaring ticker. But given the company’s solid market position and its potential in emerging applications, Micron stock could represent an opportunity for growth investors. 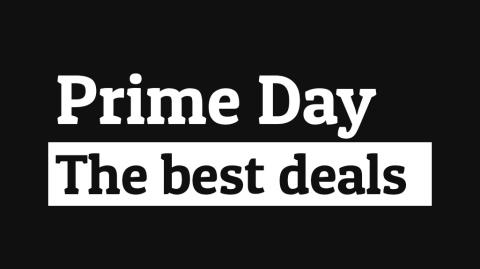