© Pranav Hegde Google Pixel 5G smartphone launch: Omitting India is a big mistake Google wrapped up its ‘Launch Night In’ event with two new Pixel smartphones – Pixel 4A 5G and Pixel 5 5G. These are after Google already announced the Pixel 4A smartphone in August, which is the […]

Looking over the comments on social networks, it is clear that a lot of Indian consumers are not happy with Google’s decision to not launching the phones here. Google never launched the Pixel 4 smartphone in India either. While it faced a backlash at that time, it continues to avoid the Indian market for its smartphones. This can be seen as Google ignoring the exponentially growing Indian smartphone market. There is also the question of why Google would decide on this course of action and lose out on the world’s second-largest smartphone market.

Let’s be honest, while Google Pixel phones are great in terms of design and the first ones to get Android updates, their premium pricing has kept them from being a success in India. India is a price-sensitive market, and the consumer still prefers brands such as Apple or Samsung when it comes to premium devices.

How premium will you go?

The issue was not just faced by Google but by other brands as well for their premium offerings. This includes LG, OPPO, Xiaomi, Vivo, Nokia and various other smartphone brands that have tried and failed to make a mark with their premium devices. The only brand to see some success in the premium segment is Oneplus, and even that has come gradually with a solid fan following and extensive marketing. When Google launched the Pixel 3 and Pixel 3 XL smartphones in 2018 with a starting price of Rs 71,000, it was bound to get an inadequate Indian consumer’s response. There was minimal demand for the phone, and this was probably the same case with the Pixel 2 series smartphone in the previous year.

Things did see a turn with the Google Pixel 3a in 2019. It received good reviews, and with its mid-range pricing, it did see better responses than the Pixel 3 and Pixel 3 XL. India getting the Pixel 4a this year is most likely because of the positive reaction from the Pixel 3a. Now, the Pixel 4a is priced at US$ 349. When launched in India, it is expected to be around Rs 30,000, considering the custom duties and taxes involved. This puts it towards the higher price segment, especially for the hardware it offers.

The Indian consumer who is spoilt for choice can get the same hardware at almost half the price from brands such as Realme, OPPO, Vivo, and Xiaomi. The brands might not match the same design and camera capabilities as Pixel phones. Still, for the mass Indian consumer, the price plays a significant role, and they can sacrifice a few features to get better value for the money. The trouble is, that while Google didn’t officially say this, it makes sense to speculate that Google chose not to launch the Pixel 4a 5G and the Pixel 5 5G in India considering the aggressive competition and the previous Pixel devices sales performance.

However, Google does not realise, or if it realises, it’s choosing to risk, that this decision will hamper its status as a smartphone brand in India. Google needs to understand that there is a section of Indian consumers that have grown mature and understand that experience matters over hardware specifications. This segment understands the unique features offered and why the devices are priced higher. Google decided to ignore India as a market for its flagship devices completely. It paints a negative image for the brand and makes it lose trust in the consumer’s eyes.

This would also impact the demand for the upcoming Pixel 4a, as the consumer would not trust the brand for availability and after-sales service. Other brands such as Oppo with the Find X2 Pro, Asus with the ROG 3 phone, Xiaomi with the Mi 10, Vivo with the X50 Pro are working on getting the Indian audience’s trust for premium offerings. It has started to work in 2020. Indian consumers recognize these premium devices as viable options while making a purchase decision. This also shows the Indian consumers that these brands see India as an important market, thereby adding to Indian consumers’ trust for these brands. In Google’s case, the choice of not launching the latest Pixel phones in India is just an opportunity lost by Google to gain the interest and trust of the Indian consumer. Going ahead, this would only have an adverse impact on Google’s overall hardware business in India.

Thu Oct 1 , 2020
It’s fall and it has been quite a while since we gave away a hardcore gaming PC, so we thought what better way to say good-bye summer and usher in the season of crunchy leaves and pumpkin-spice lattes, than to give away an awesome gaming rig? This time around we’ve […] 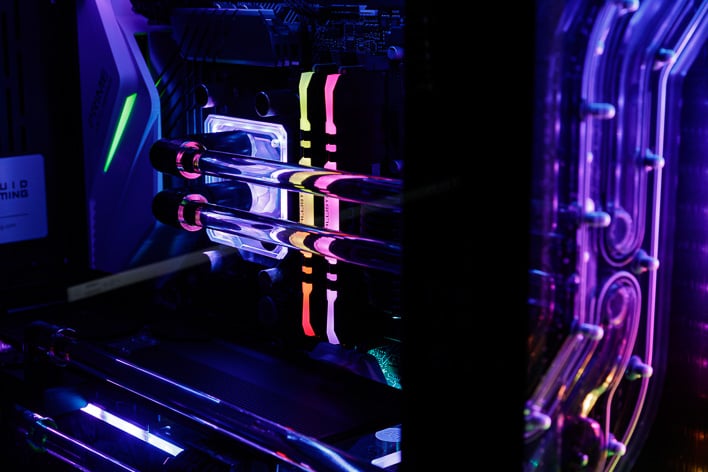