By Bolaji Ogundele, Abuja The Vice President, Professor Yemi Osinbajo (SAN), has explained that the Muhammadu Buhari-led administration has compounded its interest in the digital economy sector because it affects it has become critical to virtual all other sectors. Prof. Osinbajo stated this on Friday during a fireside chat with […]

The Vice President, Professor Yemi Osinbajo (SAN), has explained that the Muhammadu Buhari-led administration has compounded its interest in the digital economy sector because it affects it has become critical to virtual all other sectors.

According to a statement issued by the Senior Special Assistant to the President on Media and Publicity, Office of the Vice President, Mr Laolu Akande, Professor Osinbajo’s explanation during the fireside chat was however greeted with the news of the plan of the social media giant, Facebook, to open a Nigerian office in Lagos.

Clegg and other Facebook officials, including Ebele Okobi, Facebook’s Head of Public Policy, Africa, had informed the Vice President about the decision to open the company’s second African office in Lagos before the end of the year.

It would be recalled that a delegation of the Federal Government led by the VP and including the Communications & Digital Economy Minister, Dr. Isa Ali Pantami, had visited Silicon Valley in 2018 and one of the issues on the table then was how such global tech giants like Facebook could have full representation in the country, including a Nigerian office.

According to the Vice President during the fireside chat on Friday, the focus of the Nigerian government on the digital sector is crucial in various socio-economic aspect of national life, from education, e-commerce, social investments programmes to the activities of Ministries, Departments and Agencies (MDAs) of government.

He said, “The NESP is our response to the economic crisis caused by the (COVID-19) pandemic. Our focus on the digital sector is really because practically everything we are doing centres around expanding our reach in the digital sector.

“For example, financial inclusion is critical for us because we are spreading and extending our social services, payment of cash transfers to the poorest and most vulnerable and other manners of such payment; and sometimes to the farthest flung places in Nigeria. So, we certainly need to expand our reach in order to do so. Of course, technology is critical to that”, he said.

The VP also noted that the Federal Government is collaborating with the private sector to fund, establish and expand e-learning and education platforms, and other areas of digital technology growth.

“Practically everything is now being done remotely. Earlier on today, I did a virtual commissioning of the MSME clinic in Lagos, sitting in my office in Abuja. So, for us, the digital space is very important, which is why the focus was on the digital economy in the Economic Sustainability Plan.

“We are led by the Ministry of Communications and Digital Economy, which is the ministry fully devoted to all of what we do in the digital space. We have NITDA, an agency responsible for Information technology (policy implementation); as well as the private sector.”

Recalling the trip to Silicon Valley and Facebook campus in the US in 2018, the VP stated that the tours helped to boost government’s digital drive, while leading to significant improvement in the country’s digital sector.

“The tours were extremely successful. In Silicon Valley, Nigerian start-ups got a chance to pitch their products to tech sector investors, that was very good. In fact, before we left Silicon Valley, one of our venture platforms was able to sign a deal worth about $10m with the Nigeria-US Council. Since then, we’ve seen tremendous activity post-trip. The visit helped in showing our seriousness about the technology sector, and also the entertainment industry. We held a few meetings also with the entertainment industry.

READ ALSO: Why FG is backing small businesses with ‘survival fund,’ by Osinbajo

“As of 2018/19, we’ve gotten about $377m in investments in the tech sector. Although, it still scratches the surface if one considers the size of our economy and country. But there were very significant gains, and I’m very happy to do that. I think we’ve started off a series of interactions that have been very useful and we will continue to engage.”

On the issue of regulations to ensure smooth collaboration between government and the private sector, the Vice President stated that the Federal Government will continue to engage with the private sector to boost development of the tech and creative sector.

“With regulation, we are dealing with uncharted territory, because quite a few of what we are seeing are entirely new. And I must say that the regulatory authorities have done quite a decent work, trying to grapple with the newness of some of what they are seeing… So, what has happened is that the collaborative efforts of govt and the tech sector, even the entertainment sector, worked on this. We had set up a technology and creativity advisory group; these are young entrepreneurs, innovators etc, who worked with us in the Industrial and Competitiveness Council to craft some of these regulations and to think through some of the problems,” Prof. Osinbajo said.

According to him, “we are trying to work with practically everyone who is interested in the Nigerian digital sector. By way of preparation, one of the critical issues for us is improving our broadband infrastructure. We’ve heard the exciting stuff that Facebook is doing, especially by way of subsea cable that is being launched.

“But we also have a Nigerian National Broadband Plan 2020-2025 recently launched by the Hon. Minister of Communication & Digital Economy. There is a presidential committee which has just been inaugurated to work on this.

“These are broad objectives, and for us, creating that infrastructure is crucial, and we are happy to see the partnerships from Facebook and from some of the other tech companies.”

The Vice President further said government is also working to ensure access to credit for innovators.

“We’ve talked a bit about foreign investments in innovation in Nigeria, but more importantly, the work that the Bank of Industry is doing. The Bank of Industry has a technology fund. The Central Bank of Nigeria has also recently established a technology fund. Also, we are working with the African Development Bank (AfDB), which has a $500m fund; at the moment we are at the final stages, trying to bring that into existence.

“So, there is quite a bit of activity to ensure that there is access to funding, while we are improving the business environment and the environment for technology companies to operate,” he said.

On his part, Sir Clegg noted that he was impressed with Nigeria’s broadband goals and what Government is doing to improve the digital sector.

He said “Let me say how excited I am, on behalf of the whole of Facebook and all of our teams, of the emerging ambitions that we see in the broadband space in Nigeria, particularly with the Economic Sustainability Plan led by His Excellency, the Vice President. What a huge pleasure for me to hear directly form the Vice President about these ambitions.”

At the chat also attended by the Communications and Digital Economy Minister, Facebook announced that it will be opening an office in Lagos, Nigeria. This would be its second office on the African continent as the tech giant officials explained that the opening is part of its continued commitment and ongoing investment in Africa.

According to Facebook officials, this is aimed at supporting the entire Sub-Saharan Africa, adding that the office is expected to become fully operational in 2021. The Facebook Nigeria office will be the first on the continent to house a team of expert engineers building for the future of Africa and beyond.

According to Facebook, the “office will be home to various teams servicing the continent from across the business, including Sales, Partnerships, Policy, Communications as well as Engineers.”

Sat Oct 10 , 2020
Even with Amazon Prime Day right around the corner, there was no shortage of deals on the latest gadgets this week. Apple’s iPad Pro is $50 off right now and there’s a rare deal on Animal Crossing: New Horizons at Amazon and Walmart. For those waiting for the steep discounts […] 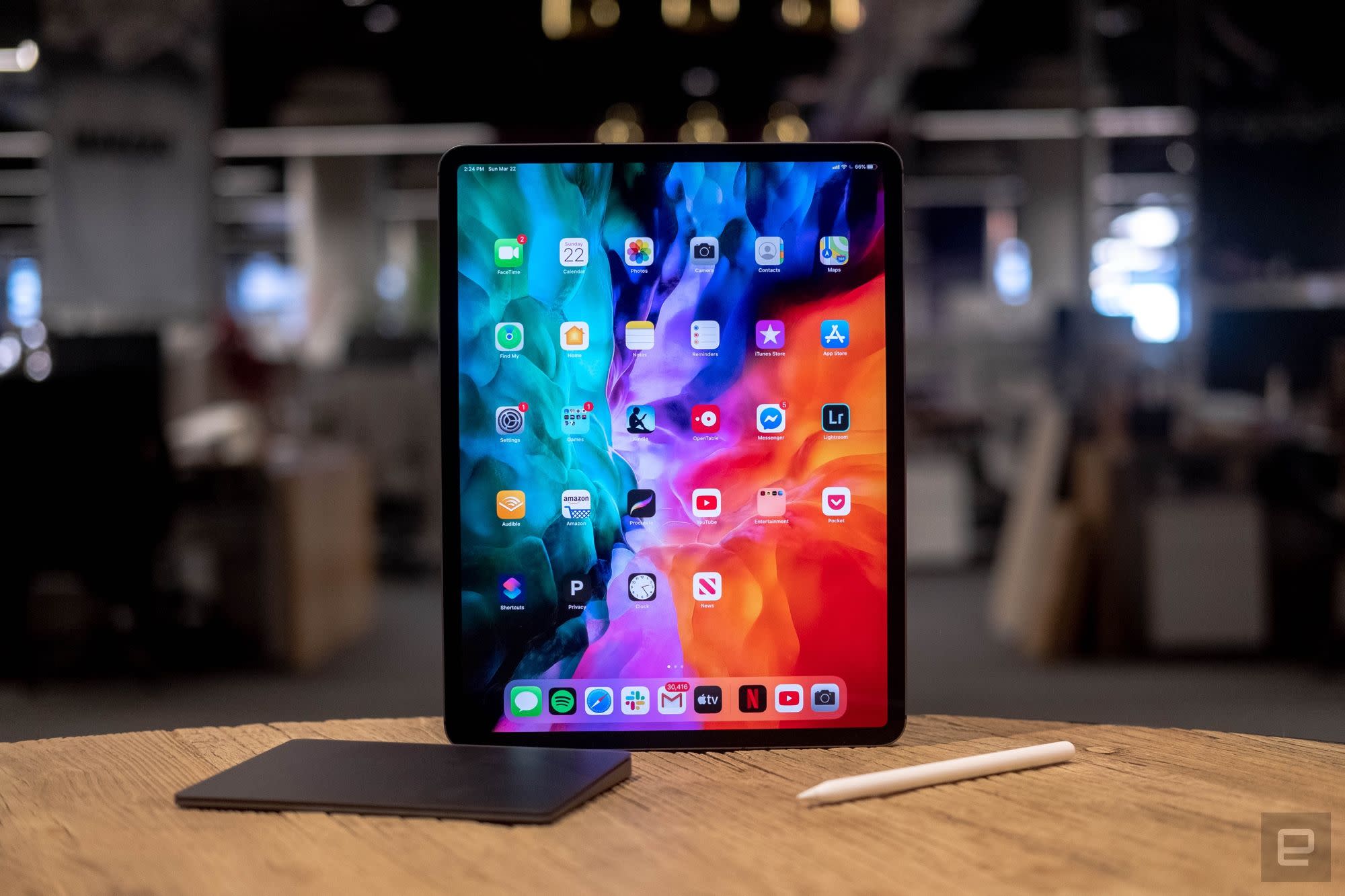