Football is back! According to multiple reports and confirmed by Sports Illustrated, the Pac-12 CEO’s voted on Thursday afternoon to allow the conference to play college football this fall — set to begin on Nov. 6/7. “From the beginning of this crisis, our focus has been on following the science, […]

According to multiple reports and confirmed by Sports Illustrated, the Pac-12 CEO’s voted on Thursday afternoon to allow the conference to play college football this fall — set to begin on Nov. 6/7.

“From the beginning of this crisis, our focus has been on following the science, data and counsel of our public health and infectious disease experts,” said Pac-12 Commissioner Larry Scott in a statement. “Our agreement with Quidel to provide daily rapid-results testing has been a game-changer in enabling us to move forward with confidence that we can create a safe environment for our student-athletes while giving them the opportunity to pursue their dreams. At the same time, we will continue to monitor health conditions and data and be ready to adjust as required in the name of the health of all.”

The season is set to begin on Nov. 6 with the conference title game on Dec. 18 — although a schedule hasn’t been officially released yet.

Each team will play six conference games, five inter-division matchups and one out-of-division matchup. The Pac-12 title game will feature the champion of the North against the champion of the South — while the remaining games for that weekend will feature a stagger setup with the runner-ups of each division playing one another and so on and so forth.

“The health and safety of our student-athletes and all those connected to Pac-12 sports remains our guiding light and number one priority,” said Pac-12 CEO Group Chair and University of Oregon President Michael Schill. “Our CEO Group has taken a measured and thoughtful approach to today’s decision, including extensive consultation with stakeholders on the evolving information and data related to health and safety.”

The Pac-12 was the second Power 5 conference to cancel its college football season, making its own announcement just hours following the Big Ten’s same announcement on August 11.

While the decision appeared to be the correct one at the time, the news wasn’t well received by coaches, players and fans.

Things began to turnaround when the conference announced a partnership with Quidel, a diagnostic company with rapid COVID-19 testing that can produce results in 15 minutes. Each program will be supplied with the machines necessary for these tests by the end of the month, with some already having received them.

Then the Big Ten’s decided to play college football. And because the programs within that conference continued to train in some sort of capacity, they have a restart date set for Oct. 17 — allowing them to play eight conference games before holding a conference championship on Dec. 19.

The Pac-12 quickly realized that it could not be the only Power 5 not playing, especially due to the amount of money it would be leaving on the table if it chose to sit on the sidelines, and that’s what launched the CEO meeting last Friday and the one that happened Thursday afternoon.

But now the CEO’s have reversed course and college football in the Pac-12 is back.

”Want to share opinions or ask questions? We want to hear them! Making a profile is free and it only takes ~1 minute to set up. Also, be sure to like us on social media for future coverage:

Going all-in on remote work: The technical and cultural changes

Sun Sep 27 , 2020
Enlarge / Artist’s impression of working from home, three seconds before 10,000 important documents are deleted from your laptop by tiny hands. Aurich Lawson / Getty The Future of Business View more stories Welcome to the fifth installment of our Future of Business series. Over the last few weeks, we’ve […] 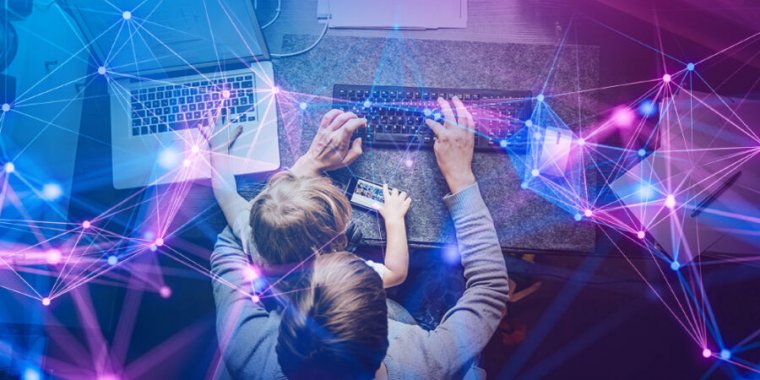