When multiplayer games are your jam, no other console has the versatility, portability, accessories and overall ability to consistently pump out quality multi-player and co-op games quite like the Nintendo Switch. Feel like having a family game night? Connect the Switch to your TV and break out multiple controllers. Feel […]

When multiplayer games are your jam, no other console has the versatility, portability, accessories and overall ability to consistently pump out quality multi-player and co-op games quite like the Nintendo Switch. Feel like having a family game night? Connect the Switch to your TV and break out multiple controllers. Feel like gaming with your friend on the other side of town? Go online and play with or against your friends. It really is the king of multiplayer consoles.

With such a hefty title, you better believe there is a wide variety of multiplayer games to choose from. Whether you are seeking games to play with friends and family on a single console, or if you are looking to satisfying your gaming thirst online while in quarantine, these multiplayer Switch games below allow gamers a way to connect with friends and family online in one of the most fun ways possible.

Here are our recommendations for the 10 best multiplayer Switch games:

As we enter what feels like day 2,000,000 of the pandemic (we’ve lost count), Animal Crossing: New Horizons still allows us to live our best life — even if it’s a digital one with cute little animals. In Animal Crossing: New Horizons, you can create your own island, but you can also visit friends’ islands and hang out — literally. You can go fishing, help them around the island, go foraging, or have a photoshoot. It’s a low-key, digital hangout where you and your friends can relax in paradise, or at least pretend to.

Since 1992, Mario Kart has been a staple in the multiplayer arena. In 2020, the game is still as rocking as ever. It doesn’t matter if you race your friends on one of the dozen of unique courses, or decide to battle it out in Battle mode to see who reigns supreme, you and your friends are going to have a blast doing it. And if quarantining has you in separate households, you can play your friends online to keep the fun going.

Any board game lover knows that once you start to own more than a couple, you have to dedicate a whole section of your closet or shelving to board games. That’s where Clubhouse Games comes in. The Nintendo Switch game hosts 51 classic board games, everything from Chess to Solitaire in one convenient package. You can have all of your family entertainment and regain control of your closet. Clubhouse Games is a win, win.

Luigi’s Mansion 3 is as fun as a multiplayer Switch game as it is playing the single-player campaign. Even in the campaign, you don’t have to go it alone. Luigi’s partner-in-crime “Gooigi” helps you combat enemies and solve puzzles as he can slip and slide into places Luigi can’t. In multiplayer mode, dubbed “ScareScraper” mode, up to eight players need to use their wits and skills to climb through the tower as it gets more and more difficult on each level. There’s also “ScreamPark” that hosts a number of mini-games (think Mario Party-style) which is played on a single console and can have up to eight players.

If Mad Max had a soccer tournament in the movie, it would be Rocket League. The geometry and physics of this game make it the ultimate two-on-two multiplayer Switch game experience. To be successful in Rocket League, you and your partner need to be totally in sync. Timing is crucial when it comes to launching passes into the air or driving up the walls of the arena to dish the ball to your partner just before a defender can get to it. Rocket League takes some getting used to, but once you figure out the way the cars and ball moves, you can burn through hours of gameplay before you know it.

This is the video game version of the countless number of cooking game shows you’ve seen on the Food Network. Except this one will put your relationship with your friend or partner to the test — we’re serious. You and your teammate are set in the kitchen of a busy restaurant where you need to pump out as many orders as possible to keep the restaurant going. It’s hectic, stressful, demanding, and will keep you playing for hours. But remember, it’s just a game.

Moving can be a stressful endeavor. Add obstacles, a time clock and scoring, and you’ll be revved up to 11 over Moving Out. This game pretty much guarantees arguments over the strategy of moving big items like couches around obstacles to save precious time or make it to the finish line on time. Like Overcooked 2, if you and your friends make it out of this game alive (not literally), your relationship will be much stronger for it.

If you’re into non-stop action, and complete battle royal chaos, no other game satisfies that thirst than Super Smash Bros. Ultimate. This game has the largest roster of players compared to all others in the series, and a huge selection of stages for each battle to take place. But be warned, if you’ve never played any Smash Bros., especially with people you love, relationships will be put to the test.

It’s a co-op game for Switch that won’t ramp up your stress or emotions to crazy levels like Smash Bros or Overcooked. Instead, this game keeps players engaged with all the creative building on-the-fly fun you’d expect from Minecraft, but in a dungeon-crawling setting. There’s plenty of action, and as you collect more weapons and become more powerful, the game gets that much more fun. Minecraft Dungeons is the mellow multiplayer that still kicks a whole lot of butt.

Even though it is named like it’s the first iteration of the game, Super Mario Party has been around since Nintendo 64. At its core, it’s a board game, but in order to move through the game, you and your friends have to compete in a bunch of mini-games within the board game. The game is much more fun for in-person multiplayer than online. It makes for a fun game night, especially while playing the co-op mode where you and your partner have to navigate through obstacles on a raft to the finish line. Mario Party is exactly that — a total party when it comes to Switch multiplayer games.

How to upgrade your electronics without harming your privacy or environment

Sun Oct 11 , 2020
Taking better care of your tech gear can help make it last longer, but sometimes you just need to upgrade. Even if your phone, tablet or computer hasn’t suffered a fatal flop, you may find it doesn’t fit your work-from-home needs, or you plan to pass it down to a […] 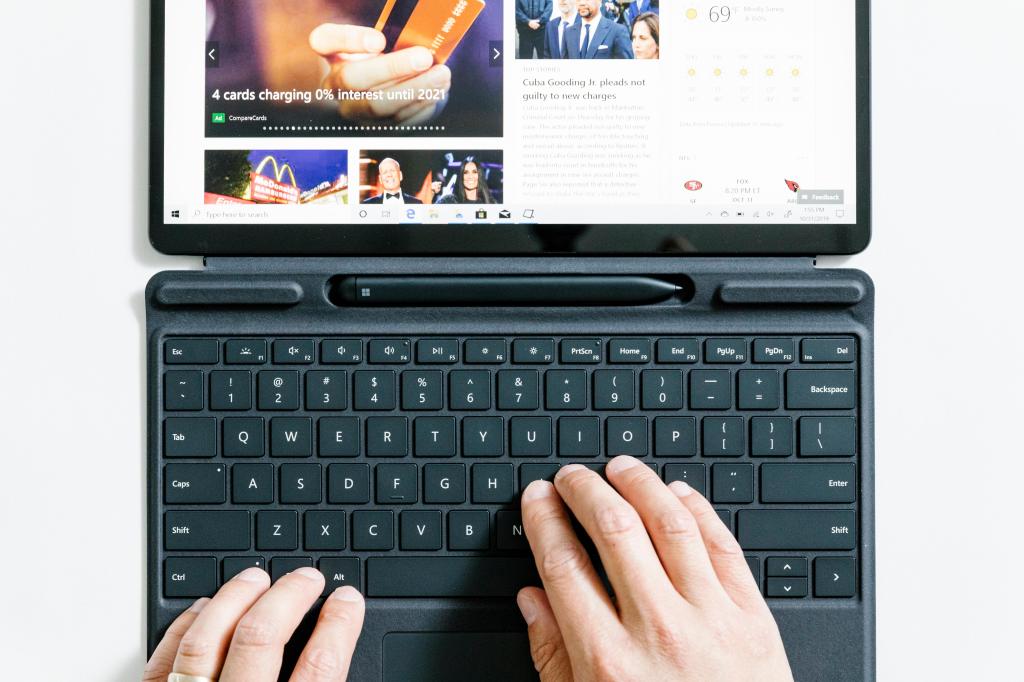