PharmaCyte Biotech, Inc. (OTCQB: PMCB), a biotechnology company focused on developing cellular therapies for cancer and diabetes using its signature live-cell encapsulation technology, Cell-in-a-Box®, announced today that it has received notification from the U.S. Food and Drug Administration (FDA) that the company’s submitted Investigational New Drug application (IND) has been […]

PharmaCyte Biotech, Inc. (OTCQB: PMCB), a biotechnology company focused on developing cellular therapies for cancer and diabetes using its signature live-cell encapsulation technology, Cell-in-a-Box®, announced today that it has received notification from the U.S. Food and Drug Administration (FDA) that the company’s submitted Investigational New Drug application (IND) has been placed on hold. The notification gave no details as to the reason(s) for the FDA’s decision.

PharmaCyte’s Chief Executive Officer, Kenneth L. Waggoner, said, “The decision by the FDA to place our IND application on hold was a deep disappointment to all of us at PharmaCyte; however, we are grateful that the FDA didn’t reject our IND application and we will have an opportunity to address their concerns. I know our many colleagues, who have worked so hard over the years to try to get our treatment ready for clinical use in patients with locally advanced inoperable pancreatic cancer in the hope that we can fulfill an unmet clinical need for such patients, are also disappointed, but we all welcome the opportunity to continue to engage with the FDA to further our treatment.

“The disappoint also applies equally to our loyal and patient shareholders. We do not plan to give up in getting the hold lifted – we will do everything within our power to do so.”

PharmaCyte’s therapy for cancer involves encapsulating genetically engineered human cells that convert an inactive chemotherapy drug into its active or “cancer-killing” form. For pancreatic cancer, these encapsulated cells are implanted in the blood supply to the patient’s tumor as close as possible to the site of the tumor. Once implanted, a chemotherapy drug that is normally activated in the liver (ifosfamide) is given intravenously at one-third the normal dose. The ifosfamide is carried by the circulatory system to where the encapsulated cells have been implanted. When the ifosfamide flows through pores in the capsules, the live cells inside act as a “bio-artificial liver” and activate the chemotherapy drug at the site of the cancer. This “targeted chemotherapy” has proven effective and safe to use in past clinical trials and we believe results in little to no treatment related side effects.

PharmaCyte’s therapy for Type 1 diabetes and insulin-dependent Type 2 diabetes involves encapsulating a human liver cell line that has been genetically engineered to produce and release insulin in response to the levels of blood sugar in the human body. PharmaCyte is also considering the use of genetically modified stem cells to treat diabetes. The encapsulation of the cell lines will be done using the Cell-in-a-Box® technology. Once the encapsulated cells are implanted in a diabetic patient, we anticipate that they will function as a “bio-artificial pancreas” for purposes of insulin production.

This press release may contain forward-looking statements within the meaning of the Private Securities Litigation Reform Act of 1995 that express the current beliefs and expectations of the management of PharmaCyte, including the timing and commencement of our planned Phase 2b clinical trial in locally advanced, inoperable pancreatic cancer which is subject to IND approval. Any statements contained herein that do not describe historical facts are forward-looking statements that are subject to risks and uncertainties that could cause actual results, performance and achievements to differ materially from those discussed in such forward-looking statements. Factors that could affect our actual results include our ability to raise the necessary capital to fund our operations and to find partners to supplement our capabilities and resources, our ability to get approved our pending IND which is currently Hold by the FDA, as well as such other factors that are included in the periodic reports on Form 10-K and Form 10-Q that we file with the U.S. Securities and Exchange Commission. These forward- looking statements are made only as of the date hereof, and we undertake no obligation to update or revise the forward-looking statements, except as otherwise required by law, whether as a result of new information, future events or otherwise.

More information about PharmaCyte Biotech can be found at www.PharmaCyte.com. Information may also be obtained by contacting PharmaCyte’s Investor Relations Department.

Turkey’s Drones Are Coming In All Sizes These Days

Mon Oct 5 , 2020
Turkey is developing an increasing variety of lethal armed drones, ranging from large, high-flying, bomb-laden ones to very small, low-flying UAVs that can form deadly swarms. In recent years, Turkey has developed an impressive local drone industry from the ground up. Armed Turkish-built Bayraktar TB2 and Anka-S drones have proven […] 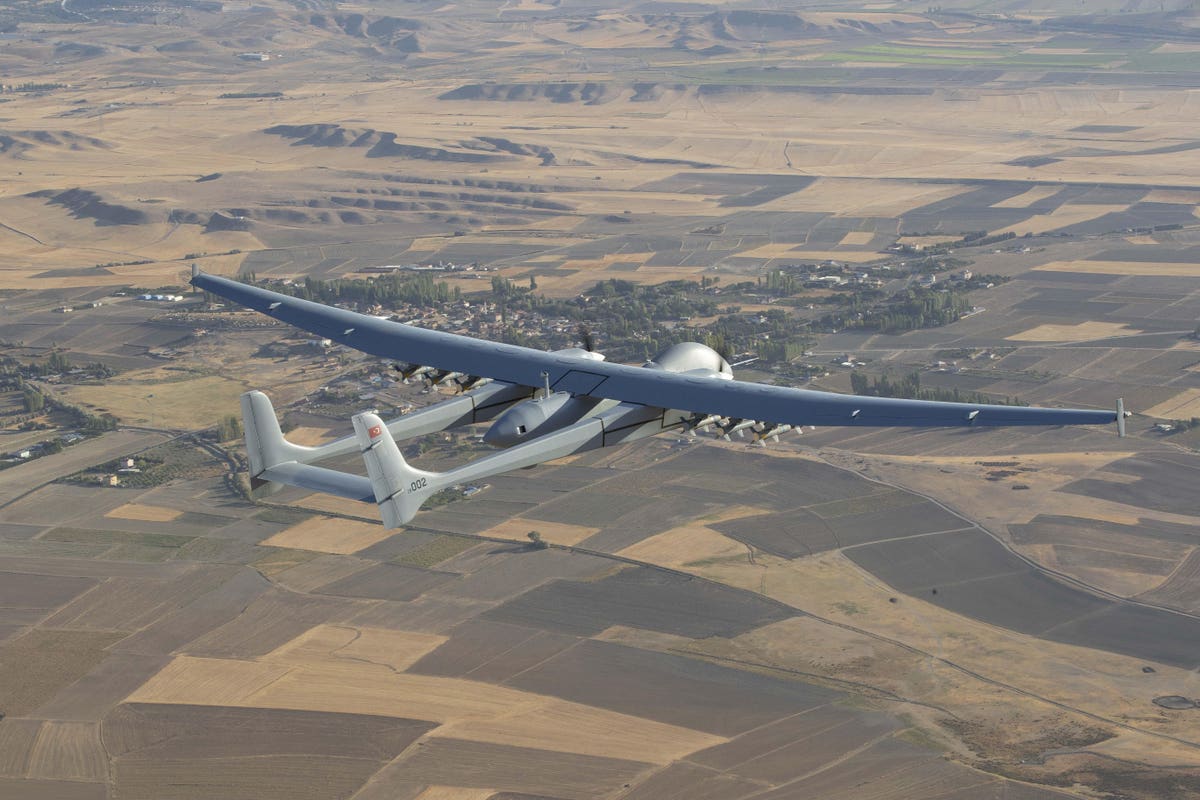