CLOSE A breakdown of the Saffir-Simpson scale of hurricane intensity and expected damage for each category. USA TODAY The claim: A shark was seen swimming down a highway in Lake Charles, Louisiana As Hurricane Laura roars through parts of Texas and Louisiana, an old image of a shark swimming down […]

A breakdown of the Saffir-Simpson scale of hurricane intensity and expected damage for each category.

The claim: A shark was seen swimming down a highway in Lake Charles, Louisiana

As Hurricane Laura roars through parts of Texas and Louisiana, an old image of a shark swimming down a freeway has once again gone viral.

The post, which now has over 700 shares, is accompanied by a photo claiming to be a shark swimming down a highway flooded with rains from Hurricane Laura.

In a Facebook message to USA TODAY, the page said it’s a long-running meme in the storm chasing community and it was shared as a joke.

“Been roughly 10 years now since it first started circulating, and I post it with every major storm to try and lighten the mood around a depressing situation,” the page said, along with the original photo of a kayaker and a shark trailing behind him.

While the photo was intended to be a joke, the image still manages to fool some during almost every natural disaster that involves flooding.

The photo originally appeared in 2011, after Hurricane Irene hit Puerto Rico. The hoax also made the rounds in 2015 after Texas was hit with heavy rains, in 2016 during Hurricane Matthew and again in 2017 after Hurricane Harvey, Snopes reported.

Snopes found that the image was photoshopped from a 2005 photo of a kayaker being followed by a great white shark and was then pasted into a photograph of a flooded street. 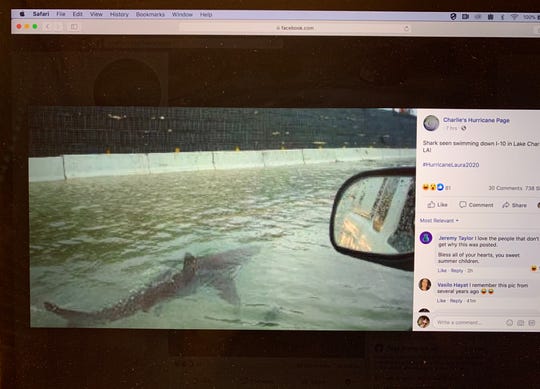 This hoax shows up after many big storms: a faked photo of a shark swimming up a freeway. (Photo: Courtesy photo)

Thomas Peschak, the kayaker in the original photo, wrote on his site that he “could never have imagined” that his image would be taken out of context during hurricanes.

“On August 24 (2011), the shark appeared on a social news website in the form of a photograph taken from the open window of a car driving along a flooded street. Next to the car was ‘my’ white shark swimming through the flooded streets of Puerto Rico,” Peschak wrote, adding that a closer look at the photo revealed that the shark was identical to the one in his photograph.

“It appears that a crafty Photoshop artist superimposed the shark into a scene of a flooded street,” Peschak wrote.

When questioned about shark rumors during a 2018 FEMA briefing on Hurricane Florence, Jeffrey Byard, then-associate director of FEMA’s Office of Response and Recovery, said, “There are sharks in the water, that’s not a rumor. But, you know, I don’t think there’s a sharknado effect or anything like that.”

Why does the photo keep appearing?

Despite many debunks throughout the years, the fake photo still spreads online, and experts say it could be due to fear.

Peter Adams, senior vice president of educational programs at the News Literacy Project told USA TODAY in 2017, when the shark photo gained traction during Hurricane Harvey, that he thinks “natural disasters create a kind of perfect storm for viral rumors.”

“These are very emotional events. There is a lot fear in the immediate area. There’s a lot of confusion and there’s intense curiosity on the part of the rest of public to see what’s happening on the ground,” Adams said.

David Shiffman, a postdoctoral researcher at Arizona State University who studies shark conservation and misinformation, also says fear is a driving factor for these hoaxes.

“Everyone is scared of sharks, and the idea that a city is so messed up that even sharks are in danger; that’s a story that has legs but not a story that has truth,” Shiffman told USA TODAY.

He said people want to help by sharing this photo thinking it’s real information but that, “it’s never been true, it’s not true this time and it’s not true the next time.”

Shiffman added that while this false claim in particular isn’t likely to cause harm, people want accurate information on how to get help during a natural disaster and “wrong information pollutes that.”

This isn’t how sharks behave

Even if the photo were real, experts say it’s unlikely for sharks to swim closer to the shore during a hurricane.

Chris Lowe, director of the Shark Lab at California State University, Long Beach, told the Atlanta Journal Constitution in 2017 that sharks and other fish are sensitive to barometric pressure, which drops during a storm.

Lowe said sharks feel that change in pressure and swim deeper into the water during a storm to be safer.

A shark was not spotted on a highway during Hurricane Laura. The photo is doctored and has been a hoax on the internet for years. We rate this claim as FALSE.

Thank you for supporting our journalism. You can subscribe to our print edition, ad-free app or electronic newspaper replica here.

Our fact check work is supported in part by a grant from Facebook.

Sat Sep 26 , 2020
Ryan CallihanThe Bradenton Herald Manatee County officials are partnering with a private drone company to become one of the first government agencies in the nation to use autonomous drones as part of a 911 emergency response. The process began about 18 months ago when Archer First Response Systems reached out […] 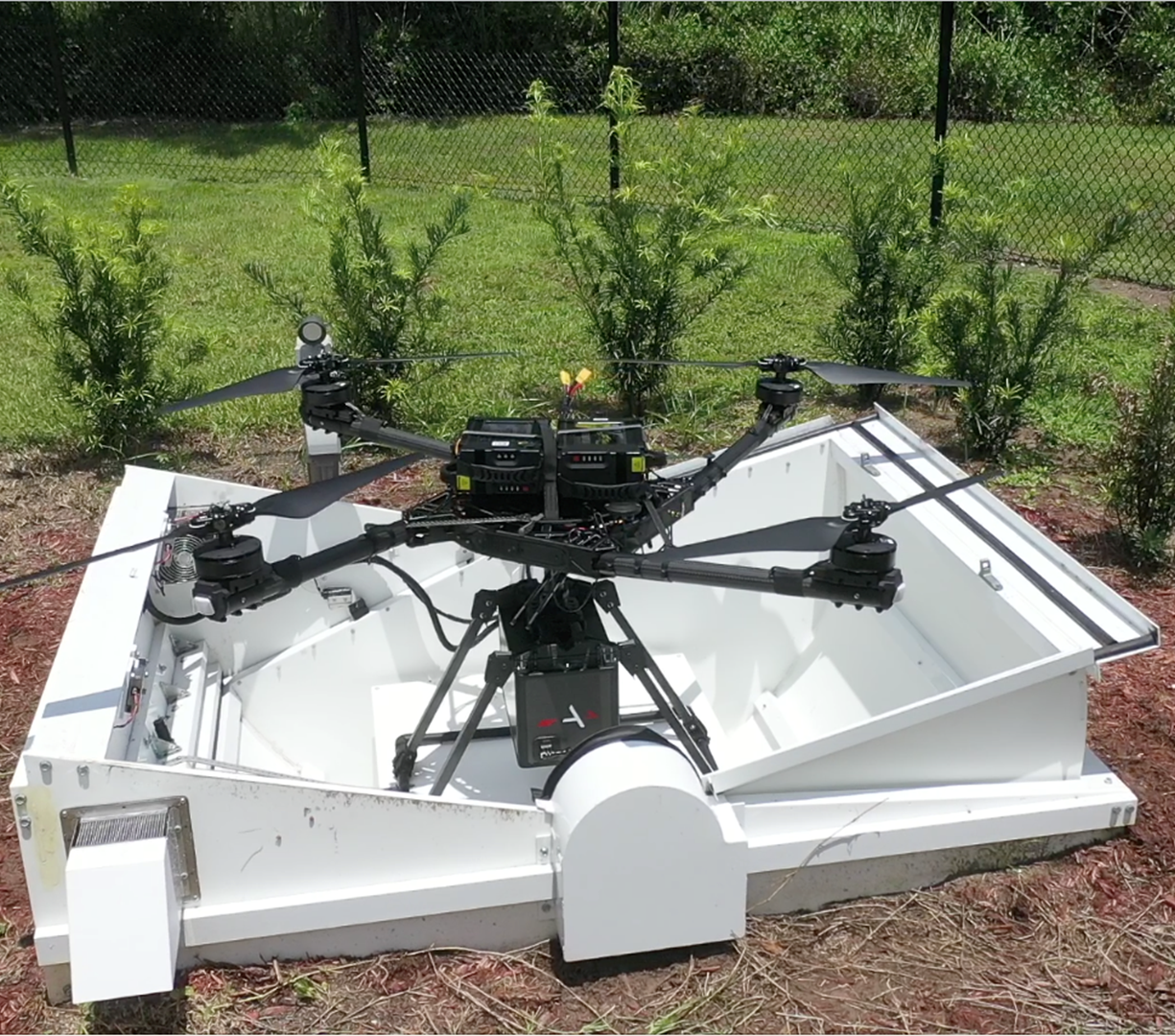