Realme announced its first Smart TV back in May, and today, the company unveiled its first 4K TV. Alongside that, Realme detailed the 100W Sound Bar and announced a bunch of other gadgets – security camera, smart plug, electric toothbrush, a selfie tripod, and a 20,000 mAh power bank. Realme […]

Realme announced its first Smart TV back in May, and today, the company unveiled its first 4K TV. Alongside that, Realme detailed the 100W Sound Bar and announced a bunch of other gadgets – security camera, smart plug, electric toothbrush, a selfie tripod, and a 20,000 mAh power bank.

Realme’s first 4K TV measures 55″ diagonally and uses SLED technology, making it the world’s first 4K SLED TV. You can read our post to learn more about the technology. 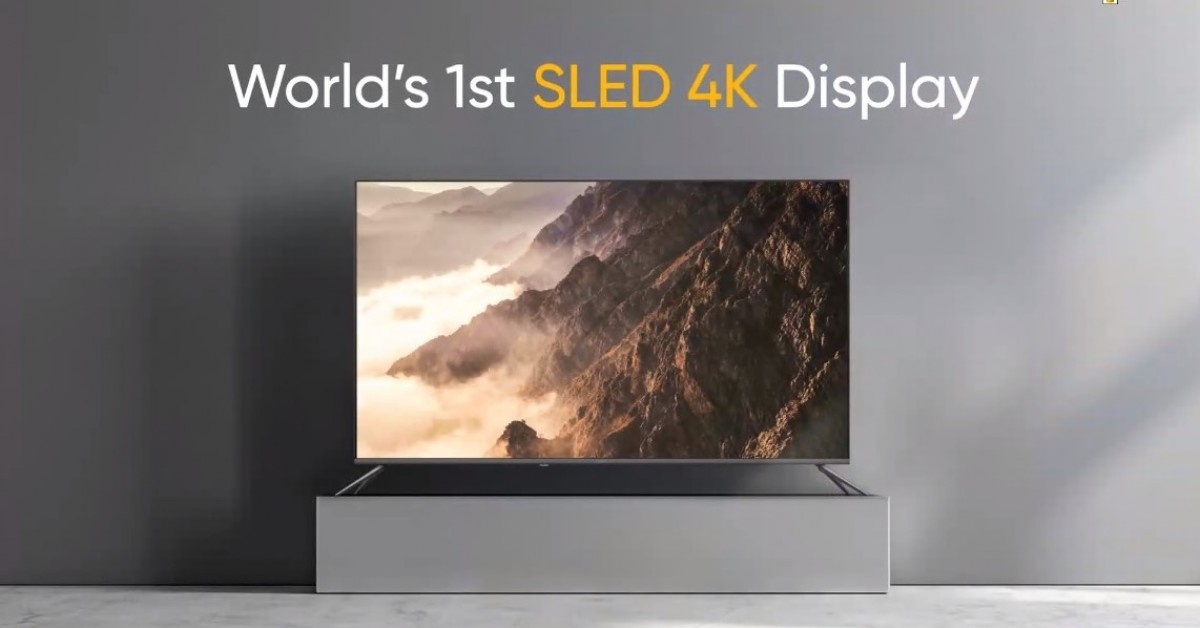 The SLED TV comes with slim bezels and the company promises a screen-to-body ratio of 94.6%. The panel has a 108% NTSC wide color gamut and has passed TUV Rheinland’s Low Blue Light Certification. 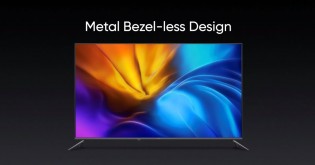 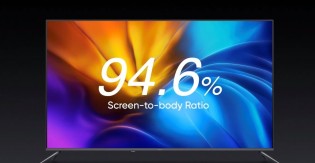 Like the 32″ and 43″ TVs, the 55″ TV also comes with the Chroma Boost picture engine for a better cinematic visual experience. It also supports HDR10+, which was missing from the first-gen TVs. 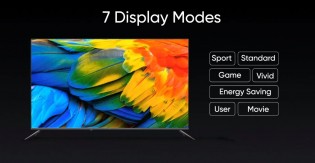 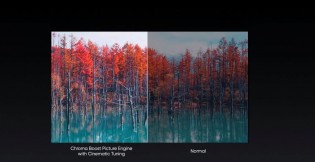 The SLED TV has 24W Quad Stereo Speakers onboard with Dolby Audio. These are a combination of two all-range speakers and two silk dome tweeters. 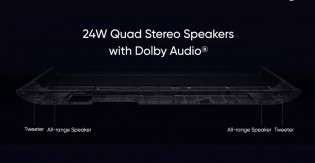 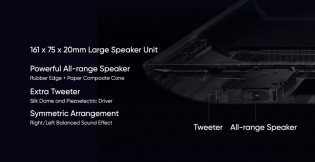 Each unit has an output of 12W

Those who want a more immersive audio experience can buy Realme’s Sound Bar, which consists of two 15W full-range speakers and two 15W tweeters. The Sound Bar supports wired and wireless connectivity and is paired with a 40W sub-woofer having a frequency range of 50Hz-24Khz. 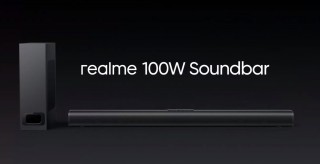 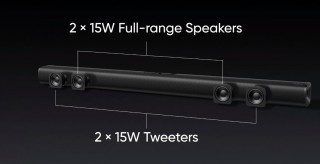 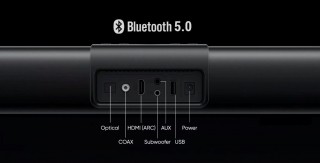 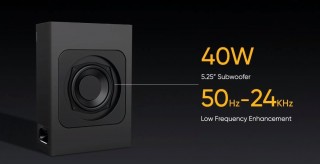 The SLED TV is powered by a Mediatek chipset, runs Android TV, and has 1.5GB RAM and 16GB storage onboard. It also features Google Assistant and Chromecast. 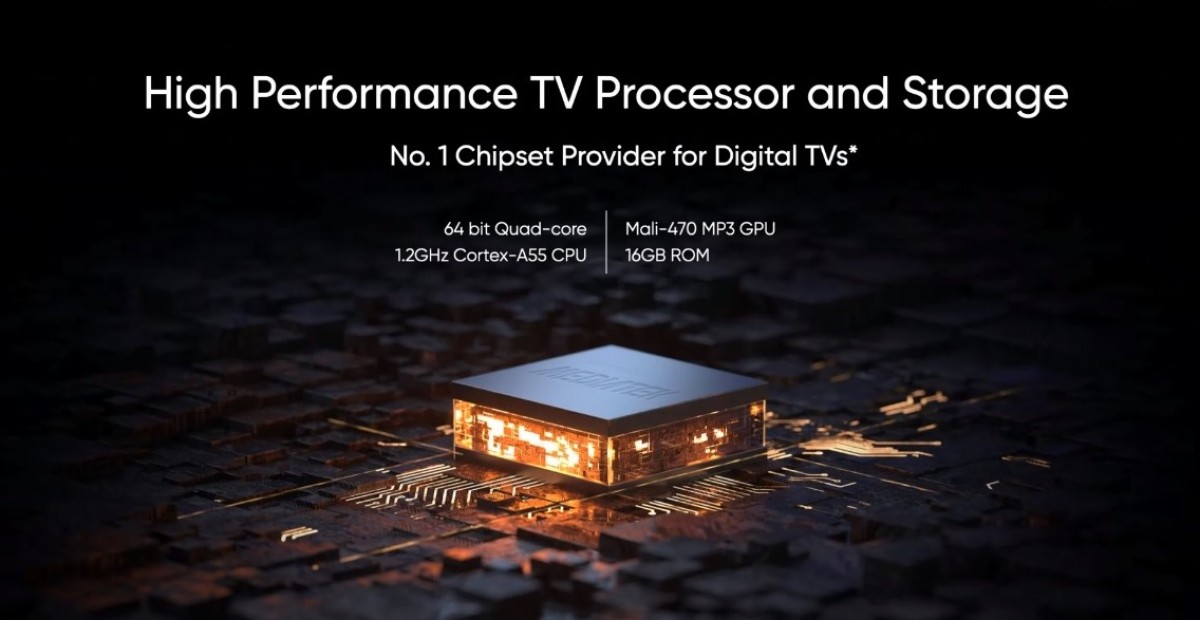 In terms of connectivity, the Realme Smart TV SLED 4K 55″ comes with a total of nine ports as well as Bluetooth 5.0 and dual-band Wi-Fi (2.4GHz and 5GHz). The remote control is the same that we’ve seen on the 32″ and 43″ models, but this time the TV comes bundled with the wall mount. 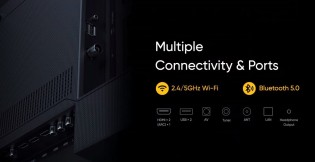 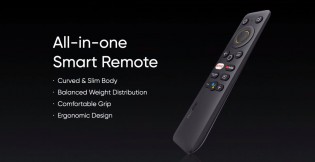 The Realme Smart Cam 360° is a security camera, and as evident from its name, it rotates 360° using dual motors. It has an FOV of 105° and can record 1080p videos in Wide Dynamic Range using H.265 video encoding. 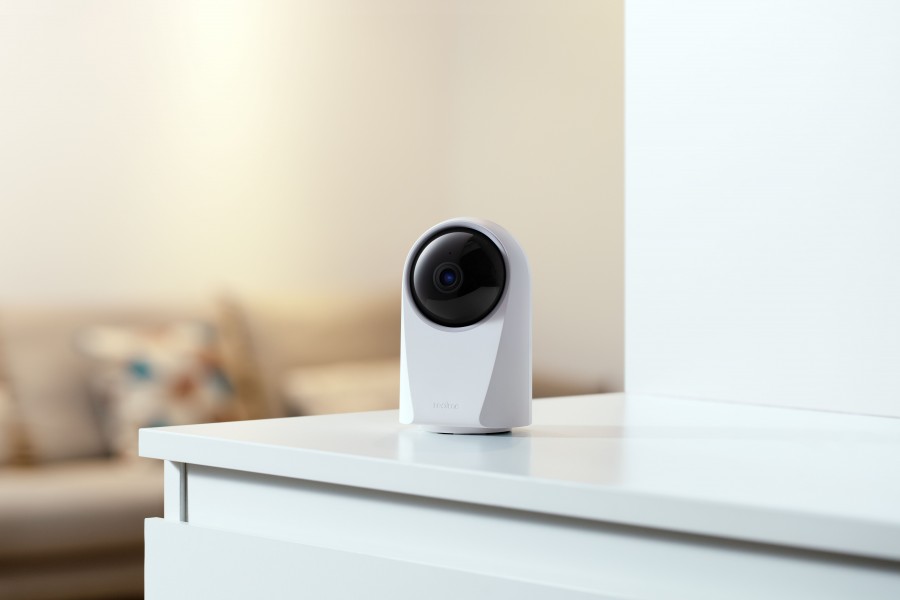 The videos are stored in a microSD card (supports up to 128GB) in a private file format that prevents them from playing on a computer or a phone when copied directly.

The Realme Smart Cam 360° supports upright and inverted installations and is controlled through the Realme Link app. 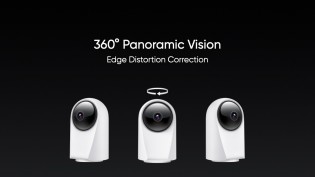 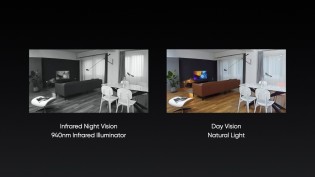 The Realme Smart Plug has a compact design and allows you to control your appliances over Wi-Fi through the Realme Link app. It also supports Google Assistant and Alexa so that you can control the appliances with voice commands. 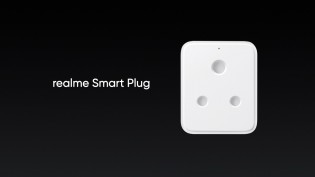 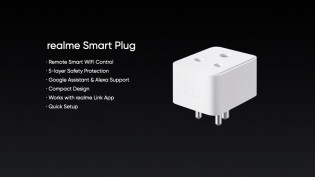 The Realme Smart Plug supports an input voltage of 100V-250V and a maximum current output of 6A. It’s made of flame-retardant material and comes with overheat protection. It will be available in India through Flipkart and Realme.com from October 16 at INR799 ($11/€9).

The power banks launched by Realme until now had a capacity of 10,000 mAh, but that changes today as the company announced the 20,000 mAh Power Bank 2. It supports 18W two-way quick charging, features three ports (2x USB-A and 1x USB-C), and comes bundled with a 2-in-1 charging cable having microUSB and USB-C ports. 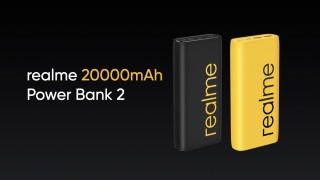 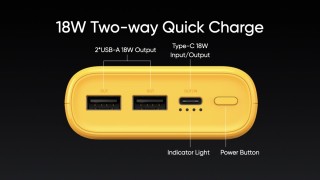 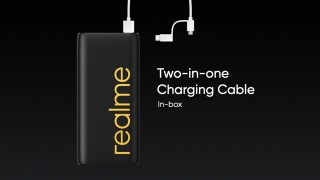 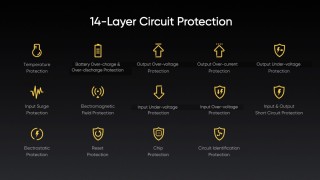 The Realme 20,000 mAh Power Bank 2 also supports the Power Delivery standard. It has a unique grid texture that repels fingerprints and dust and provides a nice grip.

The power bank comes in Yellow and Black colors and will go on sale in India from October 16 at INR1,599 ($22/€19) through Realme.com and Flipkart.

The N1 Sonic Electric Toothbrush is the second toothbrush from Realme. It comes with DuPont Antibacterial Bristles and a sonic motor that vibrates up to 20,000 times/minute. 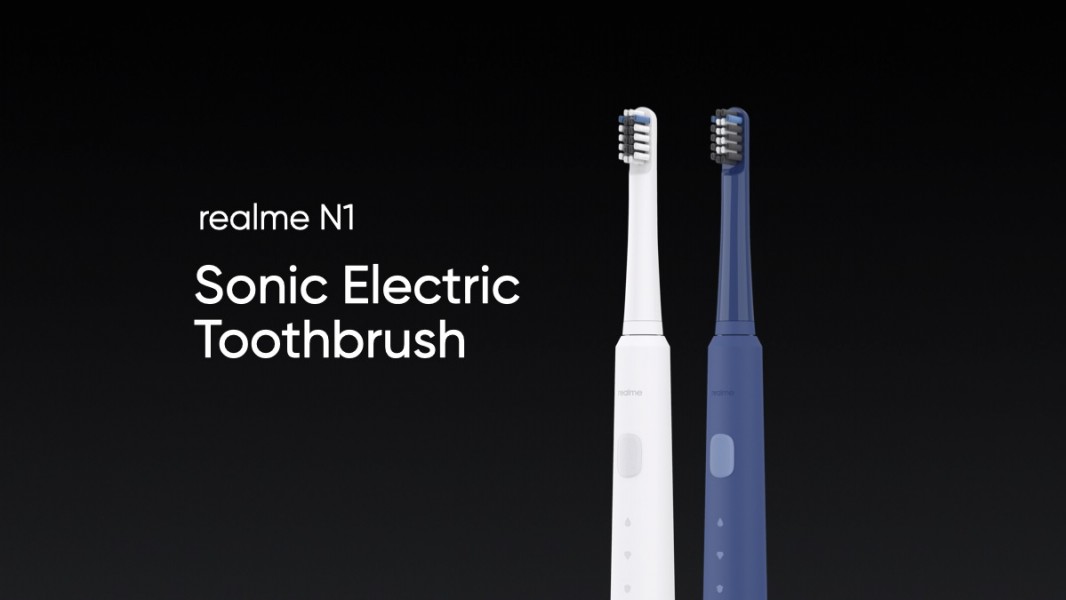 The toothbrush has three cleaning modes and is IPX7 water-resistant. It’s made of skin-friendly material and packs an 800 mAh battery that charges through a USB-C port and is claimed to have an endurance of 130 days. 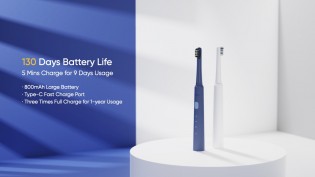 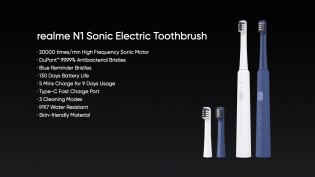 The Realme N1 Sonic Electric Toothbrush is offered in Blue and White colors. It’s priced at INR799 ($11/€9) and will be up for purchase in India starting October 16 through Realme.com and Flipkart.

The last product in the list is the Selfie Tripod, which as evident from the name is a combination of a selfie stick and tripod. It has an adjustable length of 60cm and the holder can rotate 360°. 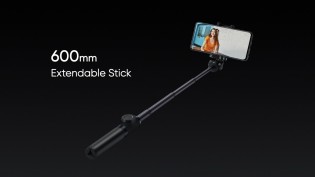 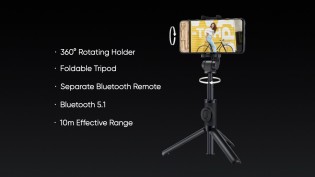 The Realme Selfie Tripod is made of aluminum, weighs 162.5 grams, and comes with a separate Bluetooth 5.1 remote that can be used as a camera shutter button to capture photos or record videos. 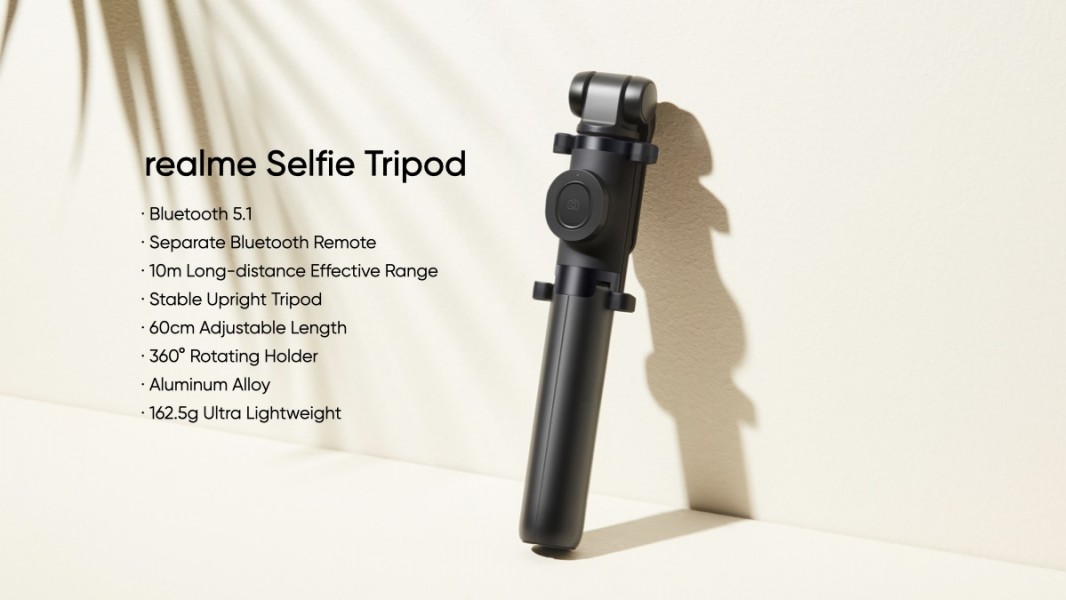