Anger over proposed changes to national environmental laws is escalating, with legal, health and conservation groups urging that they not pass the Senate, with some warning it would increase the extinction rate. The government rammed its legislation to change Australia’s Environment Protection and Biodiversity Conservation Act through the lower house […]

Anger over proposed changes to national environmental laws is escalating, with legal, health and conservation groups urging that they not pass the Senate, with some warning it would increase the extinction rate.

The government rammed its legislation to change Australia’s Environment Protection and Biodiversity Conservation Act through the lower house on Thursday night, prompting outrage from Labor, the Greens and crossbench.

WWF-Australia says the bill in its current reform is a “recipe for extinction” and lacks standards that would ensure strong protections for nature, as well as a commitment to an independent regulator to enforce the law.

“There is more than just wildlife at stake here,” Rachel Lowry, WWF-Australia’s chief conservation officer, says. “If approved, this bill will fail Australians at this critical moment in time because it fails to incentivise win-win solutions that stimulate our economy and protect the places and animals we love.

“Shifting approval powers to the states without an independent regulator to ensure enforcement would be the most damaging environmental decision to occur within Australia in recent decades.”

The government’s bill would amend Australia’s environmental laws, clearing the way for the transfer of development approval powers to state and territory governments.

The prime minister, Scott Morrison, and the environment minister, Sussan Ley, have argued the changes are necessary to aid Australia’s economic recovery from the Covid-19 pandemic.

The proposed changes passed the lower house on Thursday night after the government used its numbers to gag debate on the bill and amendments proposed by Labor and the crossbench.

No member of the government spoke on the bill, which still has to pass the Senate and will likely be debated during the October budget sittings.

Rachel Walmsley, the policy and law reform director at the Environmental Defenders Office, says the government is trying to avoid scrutiny.

She warns the bill has the potential to undermine the statutory review of the EPBC Act, chaired by the former competition watchdog head Graeme Samuel, which is not due to table its final report until the end of October.

The key finding of Samuel’s interim report was that Australia’s system of environmental protections had failed and the decline of wildlife and habitat was unsustainable.

“It was a fairly atrocious process that, moments before adjournment, they rammed it through,” Walmsley says.

“The gagging of the debate, the fact they prevented voting on amendments and the fact no government MP stood up to justify the policy – it prevented proper parliamentary scrutiny.”

The Climate and Health Alliance, which is a coalition of Australian health organisations, has called on the Senate to block the amendments.

“Australia’s natural environment is declining on every possible measure. We lead the world in animal extinctions,” says the alliance’s executive director, Fiona Armstrong. “There is no economy without a healthy environment.

“The government is trying to rush through amendments to our environmental protection laws that would weaken them in favour of expanding gas and fossil fuel projects that harm the environment and threaten human health.”

The Law Council of Australia has called for the bill to be put before a parliamentary committee for inquiry and not rushed through the Senate.

The government and One Nation have blocked several attempts by the Greens to have a parliamentary committee examine the bill.

The Law Council says the government needs to make sure it retains oversight of matters of national environmental significance if it enters into bilateral approval agreements with state and territory governments.

The council says this is particularly important for ensuring Australia still meets its obligations under some 33 international treaties and protocols to which it is signatory, including for world heritage sites.

“If you say the states can approve under a devolved approval system … then the issue for the commonwealth is how does it demonstrate that the states are doing their job?”

Glindemann, who is the council’s representative on a consultative group working with Samuel ahead of his final report, says this is where the review’s recommendations for a set of legally enforceable national environmental standards and an independent regulator to enforce the law are important.

The government’s bill has been criticised for not including a reference to national standards, which under Samuel’s recommendations would act as an assurance framework to ensure states complied with national environmental law.

“The agreements themselves are tools but it’s the assurance framework that is important – Graeme Samuel refers to a tough cop on the beat – to ensure the commonwealth is meeting its obligations,” Glindemann says.

She says it would be better for the government to wait for Samuel’s final report and to address the transfer of powers to states, the establishment of standards and a regulator in a single bill.

“The public needs that fuller picture,” she says. “If there are other things to come it would be tidier to do it all in one bill. It’s easier, then, to explain what that broader reform is.”

In response to questions, Ley repeated her statement from earlier this week that the bill was the Morrison government’s first step towards implementing the national cabinet decision to move to a single-touch model for environmental approvals.

“There will be more reforms to follow. We will develop strong commonwealth-led national environmental standards, which will underpin new bilateral agreements with state governments,” she said.

Tue Sep 29 , 2020
Metro Manila (CNN Philippines, September 15) — Lawmakers on Tuesday grilled officials of the Department of Transportation (DOTr) over the directive on gradually easing physical distancing in mass transit, noting that a huge chunk of displaced drivers are still waiting to get back on the road. During the DOTr budget […] 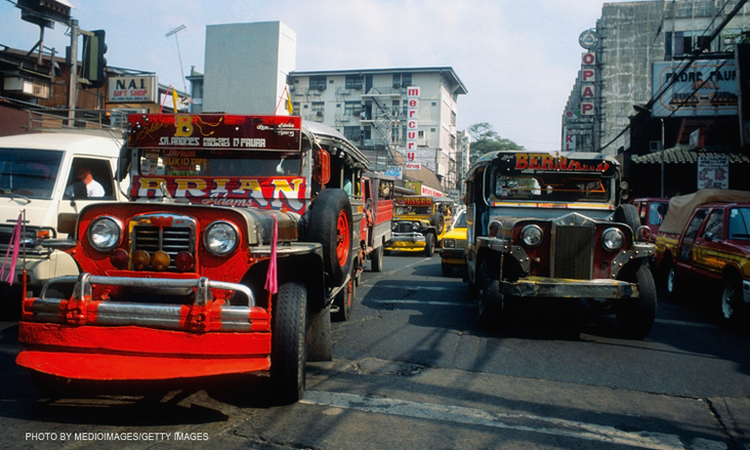