The colours on the thermal image show the different surface temperatures – the brighter the colour, the warmer. Surfaces are cooler where water is available for plants and can evaporate. Credit: HyWa/BOKU For eight years, an area in Luxembourg measuring about 300 square kilometers was under special surveillance. Research groups […]

For eight years, an area in Luxembourg measuring about 300 square kilometers was under special surveillance. Research groups from all over Europe analyzed the Attert River catchment area, drones flew over it with thermal imaging cameras, and satellites measured the radiation. Meanwhile, research teams were in the fields determining the composition of the soil. The data was then used for elaborate computer modeling calculations. The aim of these efforts was to solve a mystery that has intrigued people since the beginnings of agriculture: How does water flow on the surface of the Earth and in the ground?

This question is not only relevant for agriculture, it is also central to understanding the impact of climate change or predicting the consequences of natural disasters. As of now, the knowledge is incomplete and factors such as vegetation add to the complexity of the situation. Getting to grips with this complexity was the objective of the international project CAOS, short for Catchments as Organized Systems, which involved research groups from Austria, Germany and Luxembourg. One part of the project was conducted under the auspices of the hydrologist Karsten Schulz from the University of Natural Resources and Applied Life Sciences in Vienna and funded by the Austrian Science Fund FWF. Using new methods for their investigations, the Viennese group focused particularly on the analysis of thermal images taken by drones and satellites.

This is how Schulz explains the challenges in understanding water flows on the Earth’s surface: “First of all there is precipitation, which is perhaps the most difficult component because, to be quite honest, we don’t know exactly how much rain actually falls.” There are ground-based areal radar measurements and point measurements at weather stations, but in between the two, a great deal remains uncertain. “Especially in the alpine region, the measurements are very prone to errors,” notes Schulz.

In his opinion, measuring water discharge, i.e., the amount of water in rivers, already works quite well, but it is particularly difficult to determine the evaporation of water from the Earth’s surface. “In Austria in particular, there is little data available on this aspect, because there are hardly any measuring points,” says Schulz.

The complexity and variability of the soil presents a further challenge: “Very often, the runoff following precipitation is controlled by the coarse porous structure of the soil, which is determined, inter alia by earthworm activity. For this reason, the project had its own working group studying earthworm burrows and trying to quantify them and predict their structure.”

The river Attert was selected because its catchment area boasts a particularly dense network of measuring stations, which makes it a perfect test area for refining models and developing as complete a picture as possible of all the processes involved. The remit of Schulz and his group was remote sensing, i.e. observing the processes from the air using thermal imaging cameras, among other things. “We took a look at the entire system using remote thermal sensing and characterized the catchment area in terms of its functions,” Schulz explains.

The temperature of the land surface enables the researchers to draw conclusions about evaporation. Evaporation diminishes where the surface temperature is highbecause only less water is available, and the cooling effect of evaporation is missing. Where water is present, the energy is used for evaporation and the temperatures are consequently lower.

Thermal images by themselves do not provide enough information, which is why the research group combined them with conventional camera images. Schulz’s group studied images from a period of ten years and subjected this data to a so-called principal component analysis. This method enables them to identify the relevant structures in large amounts of data. The aim had been to identify areas with similar hydrological behavior. “We have also used the data from this area to characterize and classify the vegetation in order to be able to deduce soil properties from the result,” explains Schulz.

Aiming for a precise model

Together with the results of the other international groups, the findings of Schulz and his team were integrated into a new water-flow model for the Attert region. “Our work was used to determine what spatial resolution of aerial photography was necessary to map all relevant landscape features and to determine how soil information can be incorporated into the model.” Schulz considers the new model derived from the basic research project to be a major step forward: “Previous hydrological models, such as the ones we traditionally use in inflow flood forecast systems, have not, as a rule, implemented this interaction between water and vegetation in the soil.” The new findings facilitate better forecasts for agriculture and for the consequences of floods. Starting in 2011, the CAOS project ran in two phases and was completed at the end of 2019.

Understanding the role of underground connections in hydrology

Citation:
Researchers use drones to monitor water flows in the ground (2020, October 5)
retrieved 7 October 2020
from https://phys.org/news/2020-10-drones-ground.html

This Is a Work-From-Home ‘Snow Day’

Thu Oct 8 , 2020
Workers of the world were united Monday morning as Slack, the popular business messaging platform, experienced outages, grinding work communications to a near hault. DownDetector.com, a site dedicated to tracking outages, saw a sharp spike in Slack issues around 8:20 a.m. PT on Monday, with about 1,800 reported issues. Over […] 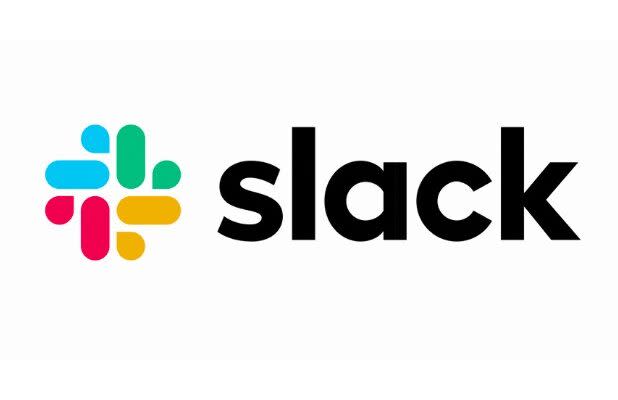