© Ring Ring Amazon’s Ring on Thursday announced a new smart home security camera called the Always Home Cam. It’s a tiny drone that can fly around the house when you’re away, following a path you set. The device, set to launch in 2021, is meant for people who want […]

Delivery isn’t the only area Amazon has been exploring when it comes to autonomous flying cameras.

Ring, the security-camera company owned by Amazon, on Thursday announced a new indoor security camera that can fly around the house to keep an eye on your home while you’re away. The device, called the Ring Always Home Cam, will cost $250 when it launches in 2021, the company said.

The Ring Always Home Cam is intended to help people keep tabs on their home without having to install multiple cameras, the company said. Users can set a path for the camera by carrying it around the house, and it can check for disturbances if a Ring Alarm is triggered. (A Ring Alarm triggers if it senses something that might be an intruder, a fire, or another emergency such as a stove being left on.)

The camera has a battery life of about five minutes; it’s designed to make short trips of about one minute each.

The device can record only while in flight, Ring said. When it’s not zipping around the house, the Always Home Cam sits in its dock, where the camera is blocked. It will also make a sound in flight to alert that it’s recording, Ring said.

Amazon acquired Ring for $1 billion in early 2018, providing the e-commerce giant’s growing hardware and smart-home divisions with home-surveillance capabilities. In the past year, however, Ring has run into some controversy over privacy and security.

Ring’s partnerships with hundreds of police departments across the United States have caused concern among privacy advocates, civil-rights groups, and lawmakers, for example.

In addition to announcing new devices, Ring said on Thursday that it planned to improve the security of its products. It said that later this year it would launch end-to-end encryption for certain devices, though it did not say which products would be compatible. With end-to-end encryption, long a standard for messaging services, the only parties capable of seeing messages, videos, or other content are the sender and the recipient.

Gallery: The 7 biggest announcements Amazon made at its Echo event, from a mini drone that can fly around your home to a cloud-gaming service (Business Insider)

The 7 biggest announcements Amazon made at its Echo event, from a mini drone that can fly around your home to a cloud-gaming service

New Ring devices for the car, including a car camera that can record interactions with the police

Ring’s new mini drone, which can fly around the home to keep an eye on it when you’re away

A new Echo Show with a screen that can follow you

The event shows that Amazon is doubling down on gaming, home security, and, of course, Alexa

How to connect a Yammer community to a communication site

Sat Sep 26 , 2020
One of the best ways to get engagement on your intranet sites is to bring in a relevant Yammer community to SharePoint using Yammer Conversations. Instead of creating a destination to ask a question, this allows you to bring Yammer directly into your intranet and engage your users where they […] 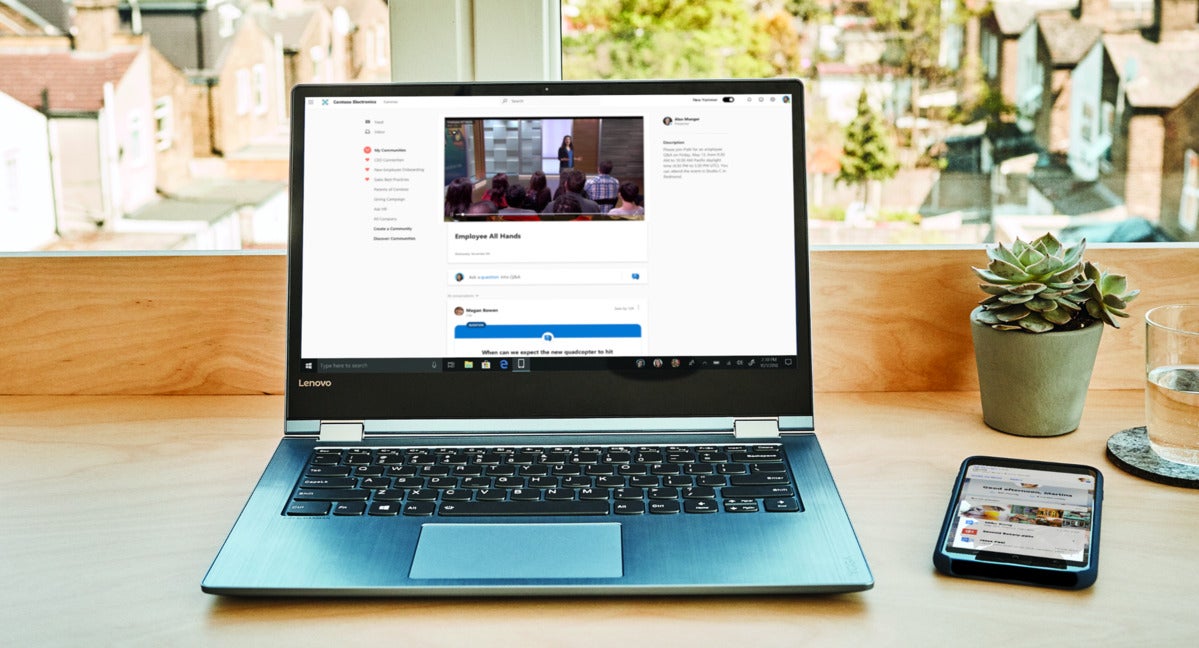