Amazon’s Prime Day deals are here and that means it’s time to get the memory and storage expansions you’ve been wanting for your devices. Whether that’s for your smartphone, desktop, camera, or some other gadget, Amazon has the goods from a wealth of companies. Including from Samsung, Seagate, Synology, Lexar, […]

Amazon’s Prime Day deals are here and that means it’s time to get the memory and storage expansions you’ve been wanting for your devices. Whether that’s for your smartphone, desktop, camera, or some other gadget, Amazon has the goods from a wealth of companies. Including from Samsung, Seagate, Synology, Lexar, PNY, and more.

Now, the plethora of hard drives, thumbsticks, and storage cards on sale right now range in discount. But they peak at around 47-percent off for some products. So now is the time to buy. But the deals themselves aren’t meant for every visitor to Amazon’s site.

Only Amazon Prime members are going to get the best of the discounts. For those who don’t have a subscription, there’s no need to fret though. There is a free 30-day trial available here. And that also comes with access to Prime Day sales and 2-day shipping everywhere else, among other perks.

Now, the majority of the storage and memory savings to be had here come in the form of external accessories. That includes not just external hard drives and thumbstick but also card-based media. But some of the biggest discounts are here for external hard drives.

Samsung has some portable storage up for grabs too. Starting with the USB 3.1 SAMSUNG T5 Portable SSD 2TB. At a 16-percent discount, that costs just $236.24.

For those that need something more durable, LaCie Rugged Mini 5TB and Rugged Mini 4TB storage accessories are on sale for 30-percent off at $104.99 and 32-percent off at $114.99 during Prime Day. That company’s DJI Copilot BOSS Computer-free In-field Direct Backup And Power Bank is on sale as well. It’s priced at just $182.99, down 40-percent from its typical $302.49 price tag.

Of course, this wouldn’t be an external storage sale without Prime Day deals from Synology and Seagate on the stationary front. The former company is offering 20-percent off its $169.99 2 bay NAS DiskStation DS220j. That puts the price tag at $135.99. And it’s offering the same deal on its Synology 4 bay NAS DiskStation DS920+. That puts the price tag at just $439.99.

Seagate, on the other hand, is offering steep discounts of 24-percent and 11-percent off on its Expansion Desktop 6TB and 10TB offerings. So those are priced at $94.99 and $169.99, respectively.

SD-style card storage and thumb drives are another big entry for this year’s Amazon Prime Day sales. Lexar, Samsung, Kingston, and PNY are each offering big discounts on some top-dollar expandable storage there.

Seagate, Crucial, and Samsung are all offering discounts on their internal storage devices for Amazon Prime Day. But only Kingston is offering a sale on NVME Internal SSD PCIe storage. That’s its Kingston 500GB A2000 card and it’s been priced at 25-percent off. Making the final cost $49.99 instead of $66.49.

Only one storage device is available from Crucial too. That’s the Crucial MX500 1TB 3D NAND SATA 2.5 Inch Internal SSD, with up to 560MB/s speeds. Crucial has taken 20-percent off for the sale, pricing the storage unit at $91.99.

Seagate, on the other hand, has three internal storage offerings, starting with the Seagate IronWolf 110 980GB NAS SSD Internal Solid State Drive. It’s priced that at 20-percent off of its usual price of $249.99. That brings the cost down to $199.99. From Seagate’s BarraCuda family, the 4TB 3.5 Inch drive is down to $79.99 for the sale. Its 10TB BarraCuda Pro high-performance drive is down to $279.99 through Prime Day.

Finally, Samsung’s internal solid-state offerings are up for the taking at a discount too. Each of those is from the 860 PRO 2.5-inch family of SATA III internal solid-state drives. And each is discounted a bit differently. At 33-percent off, buyers can grab either 512GB or 1TB storage for $99.99 or $199.99.

Regardless of what, exactly, you’re looking for on storage, Amazon’s got deals for the rest of its Prime Day sale.

In California’s Agricultural Heartland, a Mayor Is Running on Compassion

Tue Oct 13 , 2020
Maria Orozco, left, the mayor of the small agricultural town of Gonzales, Calif., is running for reelection. (Wesaam Al-Badry / Contact Press Images) Ad Policy The ongoing struggle for racial justice. The future for immigrant families. The health and well-being of all Americans. The very fate of our fragile planet. […] 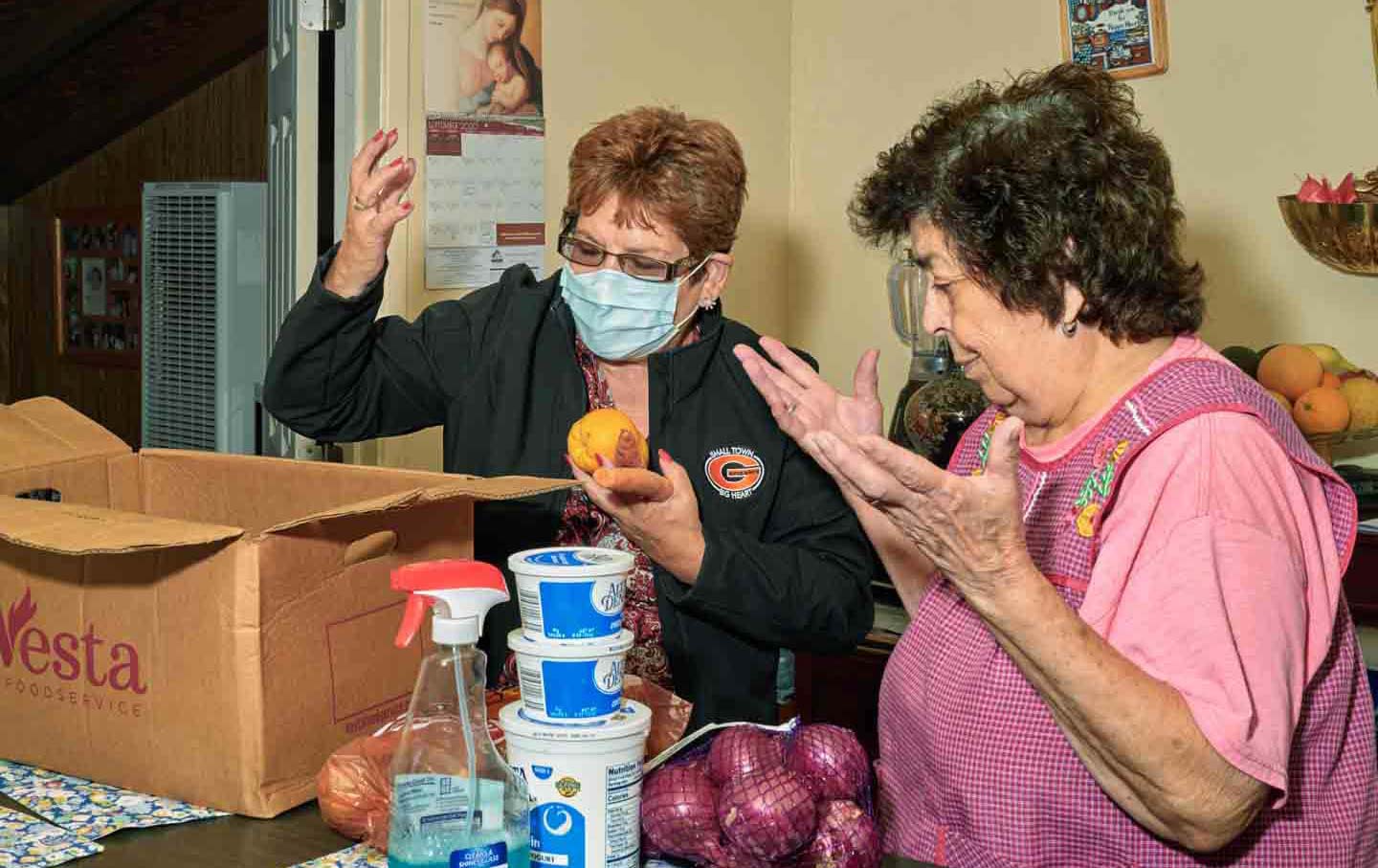