COLUMBIA, Mo.–(BUSINESS WIRE)–Sep 30, 2020– Secretary of Defense Dr. Mark T. Esper named Columbia, Missouri-based Veterans United Home Loans as one of only 15 recipients of the 2020 Secretary of Defense Employer Support Freedom Award in recognition of the organization’s exemplary support for its National Guard and Reserve employees. Veterans […]

Secretary of Defense Dr. Mark T. Esper named Columbia, Missouri-based Veterans United Home Loans as one of only 15 recipients of the 2020 Secretary of Defense Employer Support Freedom Award in recognition of the organization’s exemplary support for its National Guard and Reserve employees.

Veterans United Home Loans was presented the Secretary of Defense Employer Support Freedom Award on Monday, September 28 by members of the Missouri Committee of the Employer Support of the Guard and Reserve on behalf of the Secretary of Defense Dr. Mark T. Esper. The Freedom Award is the highest recognition given by the U.S. Government to employers for their outstanding support of employees serving in the Guard and Reserve.

“Over the years, we’ve had many Guard and Reserve employees called to active duty overseas and called up to serve at home during disasters,” said Dr. Amanda Andrade, chief people officer at Veterans United. “We see that service is rarely convenient for the service member, it comes with an unforeseen cost. Worrying about your job while you’re in harm’s way overseas or working in potentially hazardous conditions at home isn’t something our service members should have to worry about.”

Veterans United was selected from 2,623 nominations received from Guardsmen and Reservists highlighting how their civilian employers went far beyond what the federal law requires to support them. The Freedom Award began in 1996 under the auspices of Employer Support of the Guard and Reserve to recognize exceptional employer support, with 295 honorees to date.

“As I read through the award nominations, I was so impressed with the things that Veterans United does for its employees,” said Brig. Gen. Greg Mason, a retired Missouri National Guard officer who currently serves as the Missouri committee state chair. “I, myself was a traditional Guardsman and I realized how important it was for employers to support its military members. Veterans United was one of only 15 recipients of this award, only because of those extra above and beyond things that you do for your service members. I’m truly honored to be here today, to witness this and appreciate your support for what you do for all your members.”

This presentation was one of the Department of Defense’s Highest Honors given to an Employer recognizing their commitment and support to the nation’s military service members in 2020.

Veterans United was nominated for the award by Adam Craig, who serves in the Missouri Air National Guard.

“Veterans United is like no other company I have worked for in the past,” Craig said. “They truly care about my service commitment and have shown me time and time again they are willing to do what it takes to help me honor that commitment. I recently decided to re-enlist. I can honestly say I decided to re-enlist because of how much support I knew I would receive from Veterans United.”

Veterans United is currently hiring, and would like to get the word out to interested Veterans, Guardsmen, Reservists and military spouses, Andrade said.

“We are always looking for Veterans, service members and military spouses to join our team,” Andrade said.

Based in Columbia, Missouri, the full-service national lender financed more than $16.4 billion in loans in 2019 and is the country’s largest VA purchase lender. The company’s mission is to help Veterans and service members take advantage of the home loan benefits earned by their service. The company’s employee-driven charitable arm, Veterans United Foundation, is committed to enhancing the lives of Veterans and military families nationwide by focusing on supporting military families and nonprofit organizations that strengthen local communities. Veterans United Home Loans and its employees have donated more than $54 million to the Foundation since its founding in November 2011. Learn more at EnhanceLives.com. 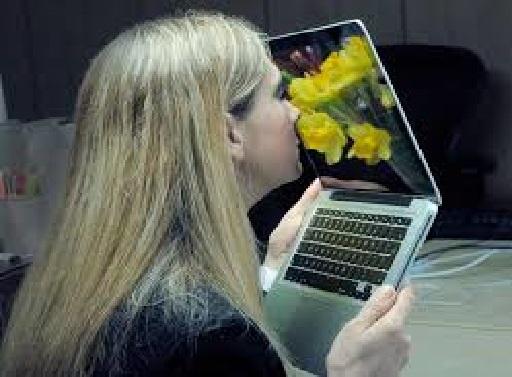