Shipa Corp., a startup that has built a cloud-native application management framework for managing the full app development lifecycle, is emerging from stealth mode today after banking $3.75 million in seed funding round led by Engineering Capital and Jump Capital. Shipa is trying to make life easier for developers that […]

Shipa Corp., a startup that has built a cloud-native application management framework for managing the full app development lifecycle, is emerging from stealth mode today after banking $3.75 million in seed funding round led by Engineering Capital and Jump Capital.

Shipa is trying to make life easier for developers that build containerized applications based on Kubernetes. Software containers are used to host the components of modern apps that can run on any infrastructure, while Kubernetes is the open-source software that’s used to manage them.

The company aims to provide a more “application-centric” way of managing each app throughout its development lifecycle. It says this would be helpful, as developers these days have to spend hours contending with multiple infrastructure components.

That time could be better spent writing code and building new apps. Shipa says developers also devote a great deal of time to tasks such as writing custom scripts, YAML files and Helm charts that are used to configure and package their apps.

Shipa says its application management framework frees developers from these tasks by integrating into developers’ existing continuous integration/continuous development workflows and performance monitoring tools. That abstracts away the underlying infrastructure that hosts their apps.

Essentially, it’s a pre-built framework that can be used by any app built on Kubernetes. It creates and deploys application objects automatically, and it can also monitor the performance of these components to keep a lid on any problems. The framework also creates all of the Kubernetes objects and configuration files each app needs and automatically deploys them to the Kubernetes clusters that need them.

Besides writing new apps, one of the main benefits of Shipa’s framework is it can help to speed up the migration of existing legacy apps to Kubernetes. Companies often spend months creating new frameworks for these kinds of apps, but Shipa says it can help them to start getting value from Kubernetes almost immediately.

“With Shipa, we are redesigning how cloud native applications are deployed and operated, helping organizations leverage Kubernetes’ benefits faster and at scale,” Andrade said. “We have taken what developers know are best practices for application delivery on Kubernetes, but built them natively into the Shipa framework so that they now become automatically part of every deployment pipeline.”

Constellation Research Inc. analyst Holger Mueller told SiliconANGLE startups such as Shipa are at the center of most innovation around Kubernetes.

“Shipa makes it easier and faster to build Kubernetes-based applications, and that’s a win for enterprises because it fuels acceleration,” Mueller said. “It’s a win for developers too, because it increases developer velocity.”

Show your support for our mission with our one-click subscription to our YouTube channel (below). The more subscribers we have, the more YouTube will suggest relevant enterprise and emerging technology content to you. Thanks!

… We’d also like to tell you about our mission and how you can help us fulfill it. SiliconANGLE Media Inc.’s business model is based on the intrinsic value of the content, not advertising. Unlike many online publications, we don’t have a paywall or run banner advertising, because we want to keep our journalism open, without influence or the need to chase traffic.The journalism, reporting and commentary on SiliconANGLE — along with live, unscripted video from our Silicon Valley studio and globe-trotting video teams at theCUBE — take a lot of hard work, time and money. Keeping the quality high requires the support of sponsors who are aligned with our vision of ad-free journalism content.

If you like the reporting, video interviews and other ad-free content here, please take a moment to check out a sample of the video content supported by our sponsors, tweet your support, and keep coming back to SiliconANGLE.

Fri Oct 9 , 2020
There’s nothing we enjoy more than a little throwback, and today’s was provided by Kevin Smith. The director known for Clerks and Mallrats shared a photo of himself on Instagram alongside Captain America star, Chris Evans. We all know Smith is a huge fan of the Marvel Cinematic Universe, so […] 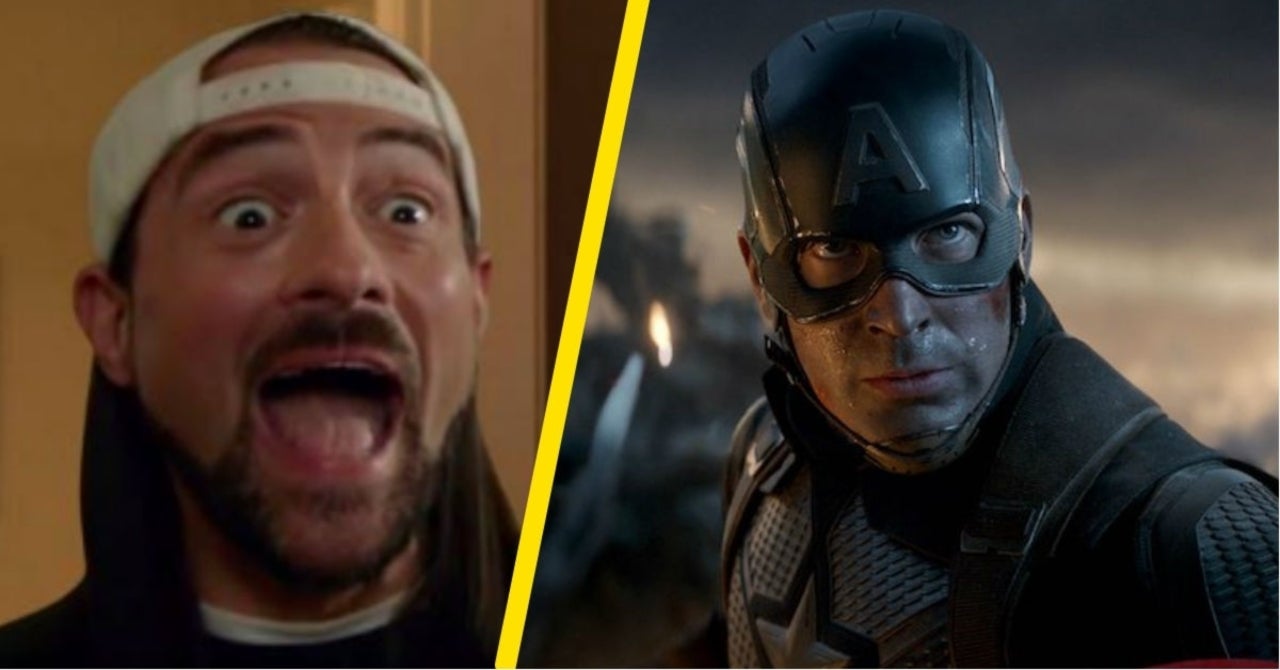