As with many conferences, the Cleveland Clinic’s 2020 Medical Innovation Summit went virtual this year. Still, the event featured the hotly anticipated top 10 list of innovations for 2021 that saw a range of therapies, including options for arrhythmias and gene therapy for hemoglobinopathies. Usually, the event sees all innovations […]

As with many conferences, the Cleveland Clinic’s 2020 Medical Innovation Summit went virtual this year. Still, the event featured the hotly anticipated top 10 list of innovations for 2021 that saw a range of therapies, including options for arrhythmias and gene therapy for hemoglobinopathies.

Usually, the event sees all innovations presented in a single session, but the top three were highlighted on their own.

“This is a genetic disease that affects more than 20 million people worldwide, said Rabi Hanna, department chair, pediatric hematology, oncology, & blood & marrow transplantation in highlighting the problem. Of note, sickle cell disproportionally affects the Black community. Only three medications have been approved in the past 50 years.

If adopted, this therapy could lead to a cure – a very dramatic development. Hanna noted that many companies are in phase III, with one applying for approval and receiving breakthrough designation. He hopes the U.S. FDA could recognize such candidates in the next year.

That was followed by a medication for primary-progressive multiple sclerosis (MS), which affects about 15% of people with the disease. The FDA has approved a therapeutic monoclonal antibody with a novel target, namely the primary-progressive population.

“For the first time … we have treatment for all forms of MS, explained Adrienne Boissy, chief experience officer at the Cleveland Clinic.

Patients with this form of MS have not had a treatment in the past. “This specific treatment is meant to impact the disease itself, both the MRI appearance in this disease … as well as functional measures that matter for the patient, like walking and being able to maintain the life that they want to have at the fullest with this treatment.”

Coming in third was smartphone-connected pacemaker devices, which are used to prevent or correct arrhythmias. These innovations aim to help in the disconnect between patients and their cardiac treatment. When paired with a mobile app, patients can gain greater insight into health data from the pacemakers. At the same time, the devices can transmit health information to physicians.

“Around the world, we have millions of patients walking with pacemakers and defibrillators, and it’s important to know that remote monitoring of these devices is an essential part of the care of these patients,” explained Khaldoun Tarakji. Much data shows that having this leads to better outcomes, perhaps through the early detection of arrhythmias. Still, adoption and adherence have remained suboptimal, he noted.

Typically, remote monitoring has taken place via bedside monitor. Patients must be in close contact with these devices. Now, a smartphone or tablet can act as that monitor, transmitting data from anywhere.

Following that innovation was a treatment for cystic fibrosis, which is caused by a defective cystic fibrosis transmembrane conductance regulator (CFTR) protein. A class of drugs called CFTR modulators correct the protein’s action, but medications developed before 2019 only were effective in a subset of people with certain mutations. However, last October, the FDA approved a new option that provides relief for patients with the most common CF gene mutation (F508 del), which is estimated to represent 90% of individuals living with the disease.

Elexacaftor/tezacaftor/ivacaftor is a fixed-dose combination medication of CFTR modulators and chloride channel openers approved for use in those patients with CF who have at least one F508del mutation in the CFTR gene.

“Definitely a game changer,” confirmed Elliott Dasenbrook, director, Adult Cystic Fibrosis Program, Cleveland Clinic, when asked about the class of drugs. “This new class of medications – the modulators – help the protein channel – actually, it’s misfolded as a result of the genetic mutations, so it helps correct that misfolding and it also helps move it throughout the cell so that it can get to the membrane, where it actually functions.”

Holding the number five spot was a universal hepatitis C treatment. While this disease has serious consequences, there is no vaccine, and patients must take medication. Many treatments led to adverse side effects or only were effective for certain genotypes of the disease. However, a fixed-dose combination medication holds hope for these patients. More than 90% effective for hepatitis C genotypes one through six, the therapy represents an effective option for a wider scope of patients.

Coming in next is bubble CPAP (b-CPAP) for increased lung function in premature babies. Premature babies with infant respiratory distress syndrome (IRDS) often require ventilation. Those with IRDS commonly are administered a surfactant during mechanical ventilation, a practice that can cause lasting lung injury. B-CPAP is a noninvasive ventilation strategy, delivering continuous positive airway pressure to newborns to maintain lung volumes during exhalation.

The procedure can stimulate the lung to grow while minimizing the injury to the lung,” explained Hany Aly, department chair, neonatology, Cleveland Clinic.

“COVID was a complete disruptor, and it was a disruptor that we needed,” said Beri Ridgeway, associate chief of staff & chair, obstetrics, Gynecology & Women’s Health Institute, Cleveland Clinic. “Policy is so critical, and I believe it was one of the barriers that prevented us from taking telehealth to the next level.” By taking steps on the state and federal levels in March to remove these barriers, patients benefitted. Changes came in terms of who could see patients, by what platform – to include chat functions on the phone – and coverage. By April, 90% of clinicians were using some sort of telehealth, it was noted.

The number eight spot was held by a vacuum-induced uterine tamponade device for postpartum hemorrhage, which affects about 1% to 5% of women who give birth. Those who experience this condition face possible blood transfusions and emergency hysterectomy. Nonsurgical interventions have involved balloon devices that expand the uterus while compressing the site of bleeding. However, a vacuum-induced uterine tamponade has caught the attention of the medical community. It is a low-tech solution that is potentially translatable to developing countries with low resource availability.

“I think this is going to replace the use of the balloon compression devices for control of hemorrhage,” said Edward Chien, department chair, obstetrics & gynecology, Cleveland Clinic.

In September, Alydia Health said it had received U.S. FDA clearance of the Jada system, which is designed to rapidly control and treat postpartum hemorrhage and abnormal postpartum uterine bleeding. At the same time, it announced the publication of its pivotal PEARLE study in Obstetrics & Gynecology, which demonstrated that Jada is safe and highly effective in using vacuum to control postpartum bleeding.

Holding down the ninth spot is PARP inhibitors for prostate cancer, a condition one in nine men will be diagnosed with in his lifetime. PARP inhibitors – pharmacological inhibitors for cancer treatment – block proteins called PARP that help repair damaged tumor DNA in individuals with BRCA1 and BRCA2 gene mutations.

The PARP inhibitors rucaparib and olaparib have been demonstrated to delay the progression of prostate cancer in men with refractory cancer and BRCA mutations. Both were approved for the prostate cancer indication in May.

While not a new treatment in cancer overall, PARP inhibitors could prove very helpful for men with this condition. And while the gynecological field has led the way, this option has been considered for years in prostate cancer, said Moshe Ornstein, associate staff, Hematology & Medical Oncology Cleveland Clinic. They will be appropriate for patients who have specific mutations in their DNA damage repair pathways.

Finally, coming in at number 10 was immunologics for migraine prophylaxis. While a host of products have tried to help this condition, nothing was directed solely for migraines. In 2018, new medications were developed for migraine sufferers that blocked the activity of a molecule called calcitonin gene-related peptide. This medication is the first to be specifically designed for the preventive treatment of migraine.

The first three medications approved for the prevention of both chronic and episodic migraines are erenumab, galcanezumab, and fremanezumab. These options were approved by the FDA in May and September 2018, respectively. They are given as once-monthly injections and are extremely well-tolerated. For most people, there are few adverse reactions aside from some pain at the injection site.

“It’s an exciting time to be in headache medicine. It’s been years since we’ve had any type of new therapeutics to treat this disorder,” MaryAnn Mays, director, Neurology Residency Program at the Cleveland Clinic, said.

Best gaming PC 2020: the best computers to get into PC gaming

Wed Oct 7 , 2020
Only the best gaming PCs will do, if you want something that can boot up and run graphics-intensive AAA games without breaking a sweat. They are practically battlestations and more powerful than ever before, armed with the most capable Nvidia Turing or AMD Navi cards and Intel Comet Lake processors. […] 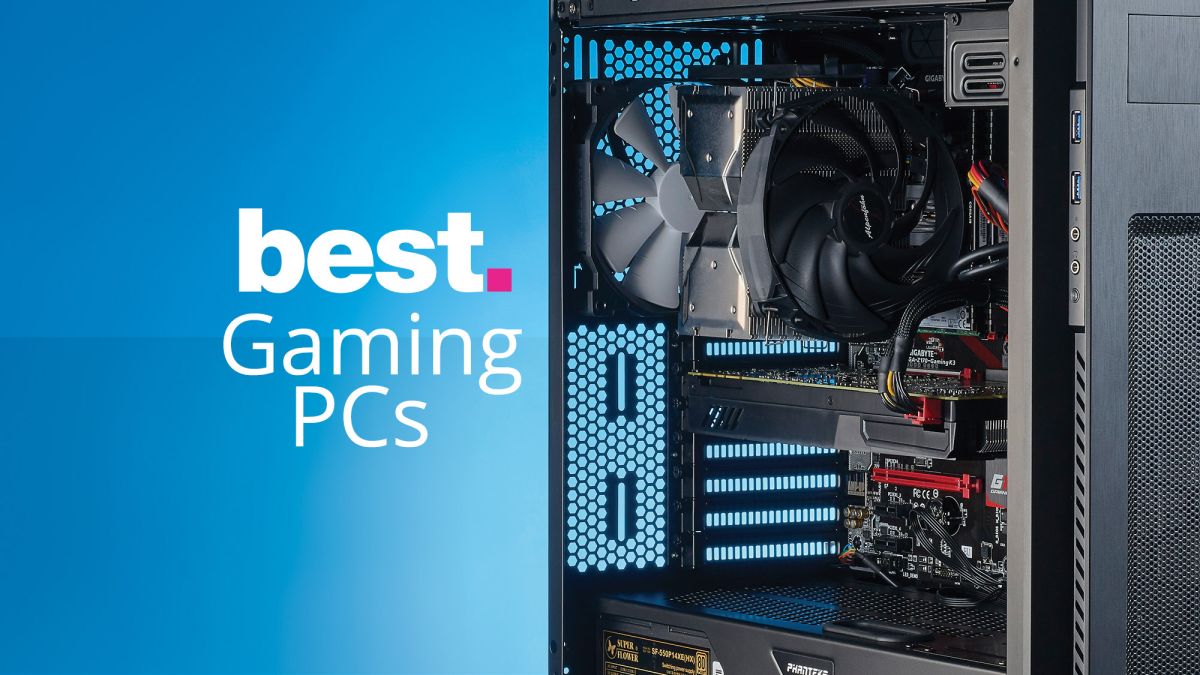