Thanks to the coronavirus pandemic and other issues, the Supreme Court of the United States (SCOTUS) will finally hold oral arguments in Google v. Oracle on Oct. 7, 2020. This case will decide, without exaggeration, the future of software development and billions of dollars. Seriously.  As the Electronic Frontier Foundation (EFF) […]

Thanks to the coronavirus pandemic and other issues, the Supreme Court of the United States (SCOTUS) will finally hold oral arguments in Google v. Oracle on Oct. 7, 2020. This case will decide, without exaggeration, the future of software development and billions of dollars.

As the Electronic Frontier Foundation (EFF) states, “allowing copyright on APIs is a terrible idea for computer science.” That’s because almost all modern software depends on open APIs. When your web browser works with Amazon, Apple, Microsoft — any complex site really — it communicates through APIs. When your smartphone shows you the weather, directions to your doctor’s office, or a video, it uses APIs to bridge the gap between services and servers and your devices.

It’s clear that an Oracle win would not be in the best interest for the software community as a whole. For startups like ours, an Oracle win would change the ability to be compatible with third-party applications and partners, as companies would have to create entirely new, but similar, APIs rather than use what already exists in the market. It would also make the current competition between tech giants much more cutthroat, as companies could potentially block the use of an API without payment and become “gatekeepers,” therefore fracturing the software environment. From an end-user standpoint, many organizations investing in software understand the need for neutral platform partners that promote successful and open innovation. An Oracle win could change this significantly, setting the software industry back a decade.”

Oracle argued Google had infringed Oracle’s copyright, by copying the “structure, sequence, and organization” of 37 Java APIs into Android. Google replied that an API is like an alphabet or a grammar. They’re the fundamental elements used to create programs.

US District Court of Northern California judge William Alsup, one of the few judges who’s also a programmer, ruled in Google’s favor years ago. He wrote that an API is merely “a long hierarchy of over six thousand commands to carry out pre-assigned functions. For that reason, it cannot receive copyright protection — patent protection perhaps — but not copyright protection.” Oracle lost its Java patent lawsuit long ago.

Even Microsoft, no friend of Google, sees Google’s point. In its amicus curiae SCOTUS filing, Microsoft stated: “Consumers … expect to be able to take a photo on their Apple phone, save it onto Google’s cloud servers, and edit it on their Surface tablets.”

It’s hardily just Microsoft, though, on Google’s side. Numerous other — unlikely at first glance — companies and organizations are on Google’s side. These include Mozilla, Creative Commons, the Open Source Initiative, Software Freedom Conservancy, and Wikimedia.

Historically, APIs weren’t copyrighted. While valuable, there’s nothing creative about an API. It just spells out how external programs can work with the program or service. Uri Sarid, CTO of software integration company MuleSoft, wrote about this case several years ago. “APIs are quite utilitarian, like an ATM machine’s operation: Slide your card here, punch your code there, select from a menu, and expect cash in return,” Sarid said. “How could that be copyrighted?”

Adding juice to these dry arguments, Deborah Hellinger, Oracle’s head of global corporate communications, snarled, “Google makes its money free-riding on the intellectual property and content of others. Google stole Java and killed interoperability to create its proprietary Android operating system. At the bottom, Google’s brief — and those bartered briefs of its supporters — stand for the remarkable proposition that stealing is easier than creating and then advance the hypocritical and ironic argument stealing is required for interoperability. ”

Ironically, in the 90s, both Oracle and Sun, Java’s original owner, argued that software APIs shouldn’t be covered by copyright. That was then. This is now — when Oracle, desperate to monetize its failed Sun purchase — wants to squeeze profits out of Google’s use of Java APIs in Android.

Now, Google got the Supreme Court of the United States (SCOTUS) to reconsider Oracle’s court victory. Even if APIs were copyrightable, Google argued that it could use them for free thanks to “fair use.” As Alsup explained, “The policy behind the right of fair use is to encourage and allow the development of new ideas that build on earlier ones, thus providing a counterbalance to the copyright policy to protect creative works.”

All programmers know this. But what’s common sense to programmers is incomprehensible to some judges. The US Court of Appeals for the Federal Circuit ruled Google’s Java API work wasn’t fair use. In a puzzling decision, the court ruled that because Google’s use of the Java APIs was “overwhelmingly commercial,” Google couldn’t use them under fair use. Weird.

Now, before this next courtroom battle, Google is refreshing its arguments that it has a perfect right to use the Java APIs. This is about far more than just the Java APIs. As Kent Walker, Google’s chief legal officer, argued:

“Open interfaces between programs are the building blocks of many of the services and products we use today, as well as of technologies we haven’t yet imagined. An Oracle win would upend the way the technology industry has always approached the important issue of software interfaces. It would for the first time grant copyright owners a monopoly power to stymie the creation of new implementations and applications. And it would make it harder and costlier for developers and startups to create more products for people to use.”

There may yet be a chance, however, that the case will go on into extra innings. That’s because of how the case came to SCOTUS this time. In 2014, a jury decided APIs couldn’t be copyrighted, but the US Court of Appeals for the Federal Circuit (CAFC) overruled the jury and awarded Oracle the victory. Then, in 2016, another jury ruled that, even if APIs could be copyrighted, Google still had the right to use them under fair use. Once again, the CAFC overruled the jury.

“The reversal of a jury verdict on the issue of fair use is extraordinarily rare. For two centuries, courts have given great deference to jury verdicts. Indeed, history overwhelmingly demonstrates that juries are uniquely situated to make the discretionary judgments that fair-use cases call for. But in this case, the Federal Circuit ignored history, along with the law. It applied de novo review to overturn the jury verdict of fair use. This is the first time that has ever happened. And it is unconstitutional. ”

Snow believes the issue is one that’s fundamental to law, not programming:

“The Amendment provides that ‘no fact tried by a jury, shall be otherwise re-examined in any Court of the United States, then according to the rules of the common law.’ And, disagreeing with how the jury views ‘fair use’ does not rise to the level where a court can re-examine, nevermind over-rule, its decision.”

Eben Moglen, professor of Law at Columbia Law School and executive director of the Software Freedom Law Center (SFLC), in a Google amicus brief, argued on other grounds that CAFC had overstepped the law. The SFLC argues that, in overturning the jury verdict, the CAFC flagrantly ignored the SCOTUS’s own rulings on the appropriate standard of jury review.

SCOTUS decided that these arguments have some merit to them. The Court has asked Oracle and Google to address them in tomorrow’s arguments.

So, if SCOTUS, which doesn’t count a single programmer in its ranks, wants, it can ignore the technical issues and decide the case purely on procedural grounds. In that case, if they rule against Oracle, we can probably count on yet another years-long legal tussle between the two Silicon Valley giants.

But, once more and with feeling, if SCOTUS decides to rule that APIs can be copyrighted and they can’t be used under fair use, everything you know about the legalities of programming changes.

“Google vs. Oracle will shape developer opportunity and software innovation for years to come. If the court does not uphold the right of developers to reimplement APIs, the ability of developers to transfer their skills, of startups to innovate without interference from incumbents, and of consumers to benefit from competition and innovation, will all be harmed. Software development is hugely valuable and would carry on, but with a wholly unnecessary burden of increased attention to licensing and fighting API copyright trolls. Only lawyers will benefit, and the reputation of the U.S. as a jurisdiction friendly to entrepreneurship and innovation will take a hit.”

Let’s hope that if not soon, then somewhere down the road, SCOTUS rules that APIs may not be copyrighted.

Sat Oct 10 , 2020
The Redmi 9A costs a buck under a Benjamin, and it makes plenty of compromises to hit that price point. This is a basic barebones smartphone. It is primarily designed to entice folks upgrading from feature phones which cost maybe $20 less than this device. Despite the low price, Xiaomi […] 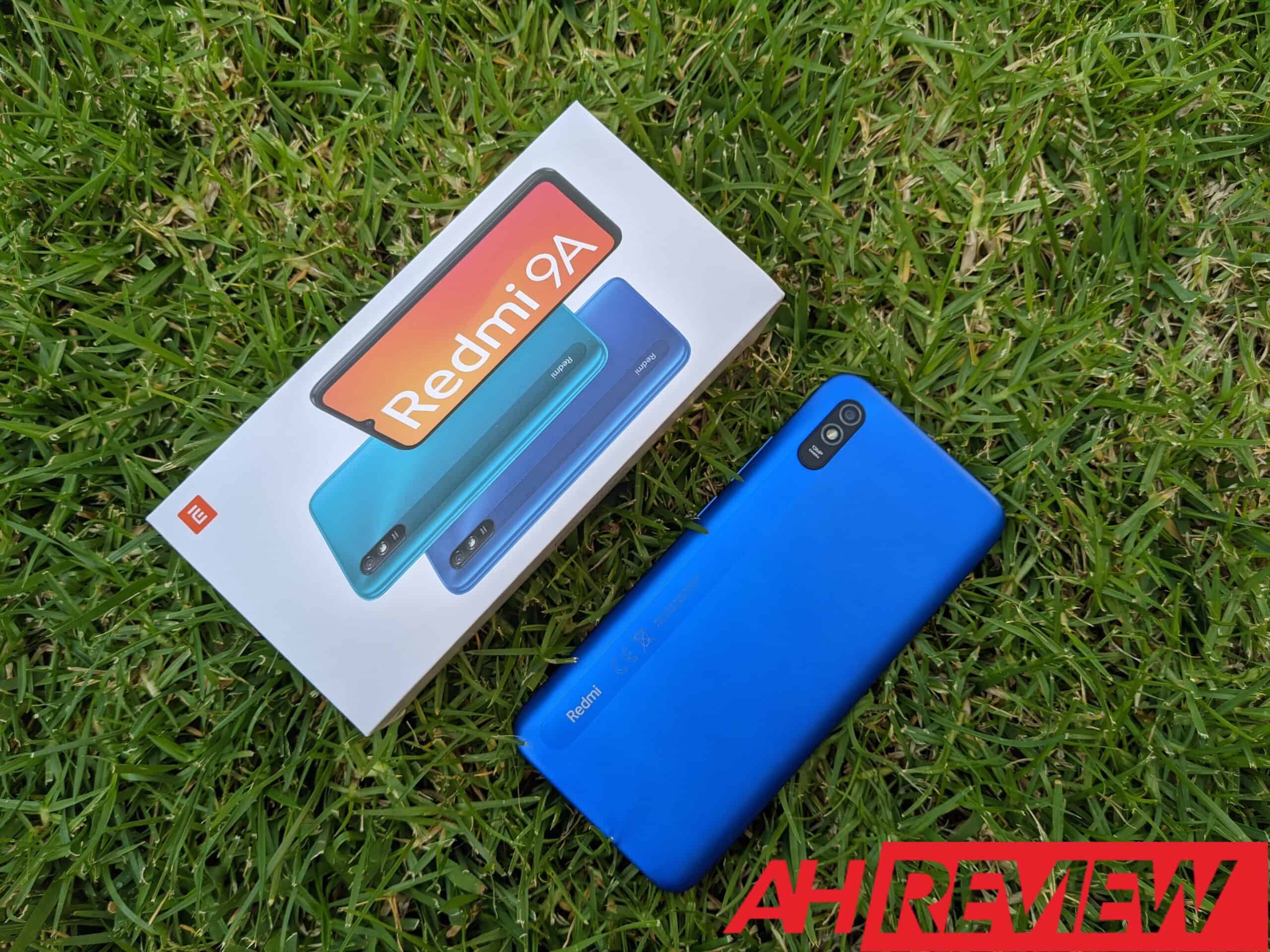