Tamarin Credit: Chameleon Games With the year we’re having, I can’t think of many better gaming comfort foods than a brand new 3D platformer. Tamarin, a simultaneous PS4 and PC release (with an Xbox version currently in development, according to the official website), was created by indie team Chameleon Games. […]

With the year we’re having, I can’t think of many better gaming comfort foods than a brand new 3D platformer.

Tamarin, a simultaneous PS4 and PC release (with an Xbox version currently in development, according to the official website), was created by indie team Chameleon Games. The studio’s claim-to-fame is that it’s comprised of several ex-Rare developers who’ve worked on classic titles like Banjo-Kazooie and Goldeneye 007. Obviously, this sets the bar pretty high, and on some levels, I think Tamarin meets those expectations. On others, it leaves potential on the cutting room floor.

Having spent roughly 10 hours with the game, I can honestly say that it does a decent job of scratching any retro platforming itch you might have. Though, if you’ve been following any recent news about Tamarin, you’ll know that it isn’t solely a platformer; there’s a significant shooting element here too. But we’ll get to that in a bit.

In Tamarin, you (unsurprisingly) play as an adorable New World monkey. Giant ants, or ‘Insekts’ as the game calls them, have invaded nearby forests and mountain ranges to build factories, pollute the environment and generally wreak havoc. These ants look and sound practically identical to the ones in Jet Force Gemini. I’m not sure how this works out legally, since Microsoft owns Rare, which would probably mean Microsoft technically owns JFG. Still a fun little N64 nod, nonetheless.

So after taking the role of the title’s titular primate, you’re tasked with rescuing the dying world, and tamarin family members, from these evil buggy destroyers. It’s a little Fern Gully, a little Avatar, with a dash of vague nature spirituality thrown in for good measure. I respect the concept, but with scarce dialogue, hazy direction and some slightly affected writing, the message never comes across in the way I wanted it to.

At it’s core, Tamarin plays like a more earnest Fur Fighters, if any of you remember that Dreamcast/PS2 release. You’ve got gorgeous open worlds to run around in, and every so often, you’ll drop into a level that requires the use of deadly force via serious firepower. You can’t switch characters like you could in Fur Fighters, but I’d place these games in the same basic furry-creatures-wield-insane-firepower category.

Like I mentioned, most of the gameplay consists of romping around beautifully crafted maps filled with breathtaking scenery, and truthfully, it all feels great. Exploration controls are fluid and enjoyable, and the same can be said of the shooting bits. In fact, the combat controls way better than they have any right to be, especially in a platformer.

Strangely though, there’s no option to invert the aiming, which proved to be a massive problem for a southpaw gamer like me. I’m assured by the development team that this will be patched in at some point down the line, but I’ve basically had to play through the entire adventure with backward controls, which has made everything ten times more difficult.

Also, there’s no world map or waypoints, which can leave huge portions of the game feeling sort of nebulous and aimless. It wasn’t uncommon for me to spend an hour literally wandering around without any clue as to where I should be going, or even how I should find the next trigger to progress. Maybe this is intentionally designed to keep players exploring, but honestly, I mostly felt frustrated during these empty stretches.

In this way, Tamarin is very much frustratingly retro. It’s all kind of ‘figure it out as you go’, even down to entrances to different stages. None of them are labeled, just alluded to with non-descript signs. I really wanted something akin to how the Spyro games handle their hub worlds, with very clear delineations between hubs and stages. So instead of just enjoying how well Tamarin plays and how great it looks, most time is spent simply figuring out where to go. Personally, I didn’t find this aspect very fun.

Modern games can often hold your hand too much, but sometimes I need at least a little nudge to push me in the right direction. This could have been alleviated with a straightforward map and a more clear sense of progression. And on that note, there’s also no way to instantly warp out of levels, which leads to a lot of backtracking. Again, this sort of thing is a given in most modern releases, and it’s there for good reason. Nobody has time to pointlessly retread, though some gamers might find this…relaxing?

In the end, Tamarin is a commendable genre hybrid effort by a small, ambitious team that’s admittedly fun to control, listen to and look at. Unfortunately, it’s less fun as a gaming whole and lacks, at least for me, definitive progress markers that, in most other similar games, serve to push the narrative forward and offer definitive rewards.

That classic Rare flavor is definitely apparent, especially between Richard Vaucher’s art and David Wise’s soundtrack, which will probably give retro fans enough reason to give it a go. But for me, Tamarin, while a stunning work of art in and of itself, falls short of being the 3D adventure renaissance I desperately hoped it would be.

However, I believe there’s enough beautiful potential here to warrant a sequel that could fully realize something special for next-gen hardware.

Thu Sep 24 , 2020
Gaming hardware company Corsair (Nasdaq:CRSR) is now Nasdaq listed, having raised $238 million by offering 14 million shares at $17, a month after filing for an Initial Public Offering. It’s an interesting time for gamers, with the pandemic seeing increased sales as more people spend additional time at home, while […] 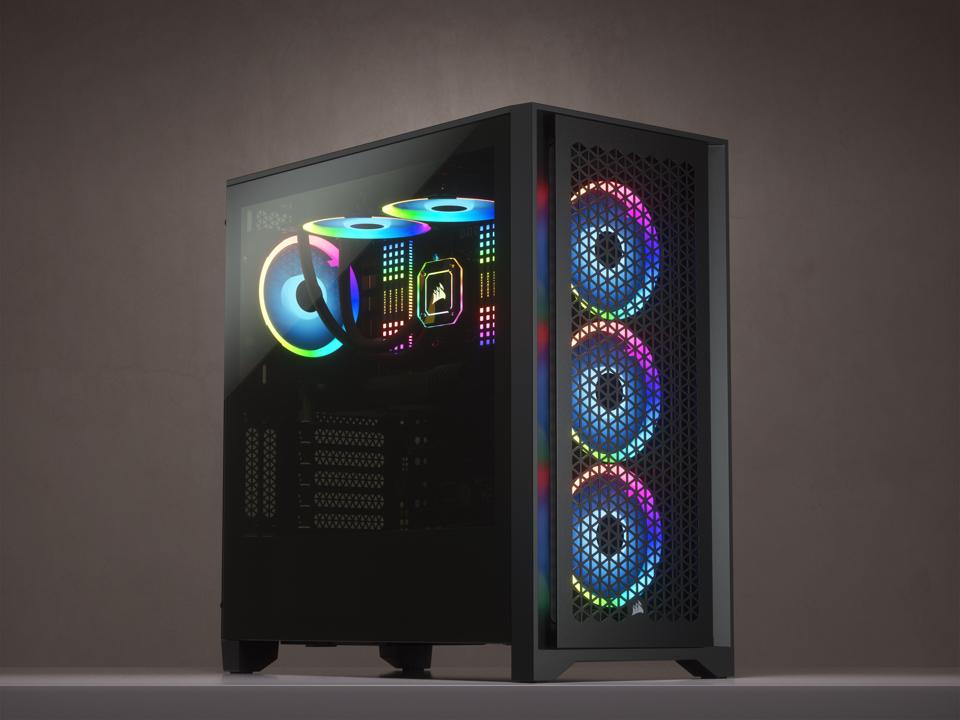