CONWAY — A forensic expert with the state Crime Laboratory testified Friday that blood found on the shoes confiscated from the home of a suspect in the 2018 slaying of a Wooster woman belonged, without a scientific doubt, to the victim. The second day of the capital-murder trial against 20-year-old […]

CONWAY — A forensic expert with the state Crime Laboratory testified Friday that blood found on the shoes confiscated from the home of a suspect in the 2018 slaying of a Wooster woman belonged, without a scientific doubt, to the victim.

The second day of the capital-murder trial against 20-year-old Tacori Mackrell — who is accused of killing Elvia Fragstein, 72 — saw 10 prosecution witnesses, including several evidence experts and Mackrell’s ex-girlfriend.

Numerous jurors could be seen writing in notebooks and on legal pads as Jennifer Beaty, a forensic administrator with the Crime Lab, testified for the prosecution as pieces of evidence were removed from sealed packages and boxes.

Mackrell is charged with capital murder, kidnapping, robbery and theft of property.

Investigators believe Fragstein of Wooster was shopping at the Conway Commons Shopping Center on July 7, 2018, when she was abducted by Mackrell, 18, at the time, and his cousin, Robert Smith II, who was 16 at the time.

Fragstein’s body was found by a farmer on July 11, 2018, on a rural road near Pine Bluff. An autopsy revealed that she had suffered broken ribs, a fractured cervical vertebra and a crushed throat.

Her vehicle was found destroyed by fire in a grassy area in Jefferson County, more than 80 miles from where Fragstein had last been seen alive.

Mackrell — dressed in a blue plaid shirt, striped tie and khaki pants — sat quietly at the defense table throughout the day. During a break at one point, Mackrell alternately looked over each of his shoulders, then tugged his mask down, took a deep breath, then put it back in place.

Faulkner County Circuit Judge Troy Braswell Jr. has required that all jurors, legal parties and spectators wear masks as a pandemic precaution. The fourth-floor courtroom was revamped with dividers to protect witnesses and to space the jurors 6 feet apart.

Beaty testified that no discernible DNA match could be found on the T-shirt or jeans collected from Smith’s home.

Senior deputy prosecutor John Hout asked if DNA could be destroyed if the clothes had been laundered. Beaty said washing the clothing would hinder the discovery of DNA, but it was not necessarily impossible.

There was no DNA found inside Fragstein’s car.

In response to questioning by Hout, Beaty said the extreme heat from the car fire could have destroyed any DNA evidence.

When presented with the Nike tennis shoes, Beaty pointed to the circles drawn on the sneakers to indicate where blood had been found. The shoes had been previously identified as the ones Smith was wearing on the day Fragstein was kidnapped.

Beaty said the analysis showed “within all scientific certainty” that the blood on the shoes belonged to Fragstein.

Smith can be seen in video footage from T.J. Maxx department store wearing what appears to be the same clothes and shoes on the day and time Fragstein disappeared. Mackrell and Smith were captured in numerous videos from stores in the shopping center.

Defense attorney William “Bill” James Jr. has not denied Mackrell was involved in Fragstein’s disappearance, saying during opening statements on Thursday that “Tacori Mackrell was a part of this.”

On Friday, Eriya Evans — Mackrell’s girlfriend at the time — testified that Mackrell returned home from Conway on July 8 with a new car.

The prosecution had to petition a Texas judge to order Evans to appear for Mackrell’s trial.

When questioned by prosecutor Carol Crews, Evans confirmed the car was similar to the 2013 silver Honda CR-V owned by Fragstein.

Evans said Mackrell became “agitated” when she questioned him about the car.

Mackrell did not previously own a car, Evans testified.

“He was irritated I was asking so many questions,” Evans said.

Crews produced a picture of a “selfie” photo of a woman inside an SUV and asked Evans if she was the one in the picture.

Evans also testified that Mackrell gave her a brown purse when he returned from Conway. She waffled a few times under questioning, giving different explanations of what happened to the purse. On the stand Friday, Evans said the purse was left behind when she moved from an apartment at the time.

She had previously told investigators that she threw the purse in the trash because it was not her “style.”

“It was a nice purse,” she said. “It was just not something I would carry.”

Neither the prosecution nor the defense explained the significance of the brown purse.

On cross-examination, defense attorney Jeff Rosenzweig asked Evans if a baby she had delivered in February was Mackrell’s child. Evans said Mackrell was not the father.

Rosenzweig asked Evans if Mackrell babysat the infant, changed the diapers and helped out financially with the baby’s care, to which Evans replied, “Yes.”

“But he’s not the father,” Rosenzweig said before ending the questioning.

Wed Oct 7 , 2020
Sara Kalish Photography By the time I gave birth to my son Rio in June, three months into the pandemic, I was a pro at finding silver linings. No in-person baby shower? I’m not really a shower person anyway! No showing off my bump in cute maternity clothes? Maternity leggings for […] 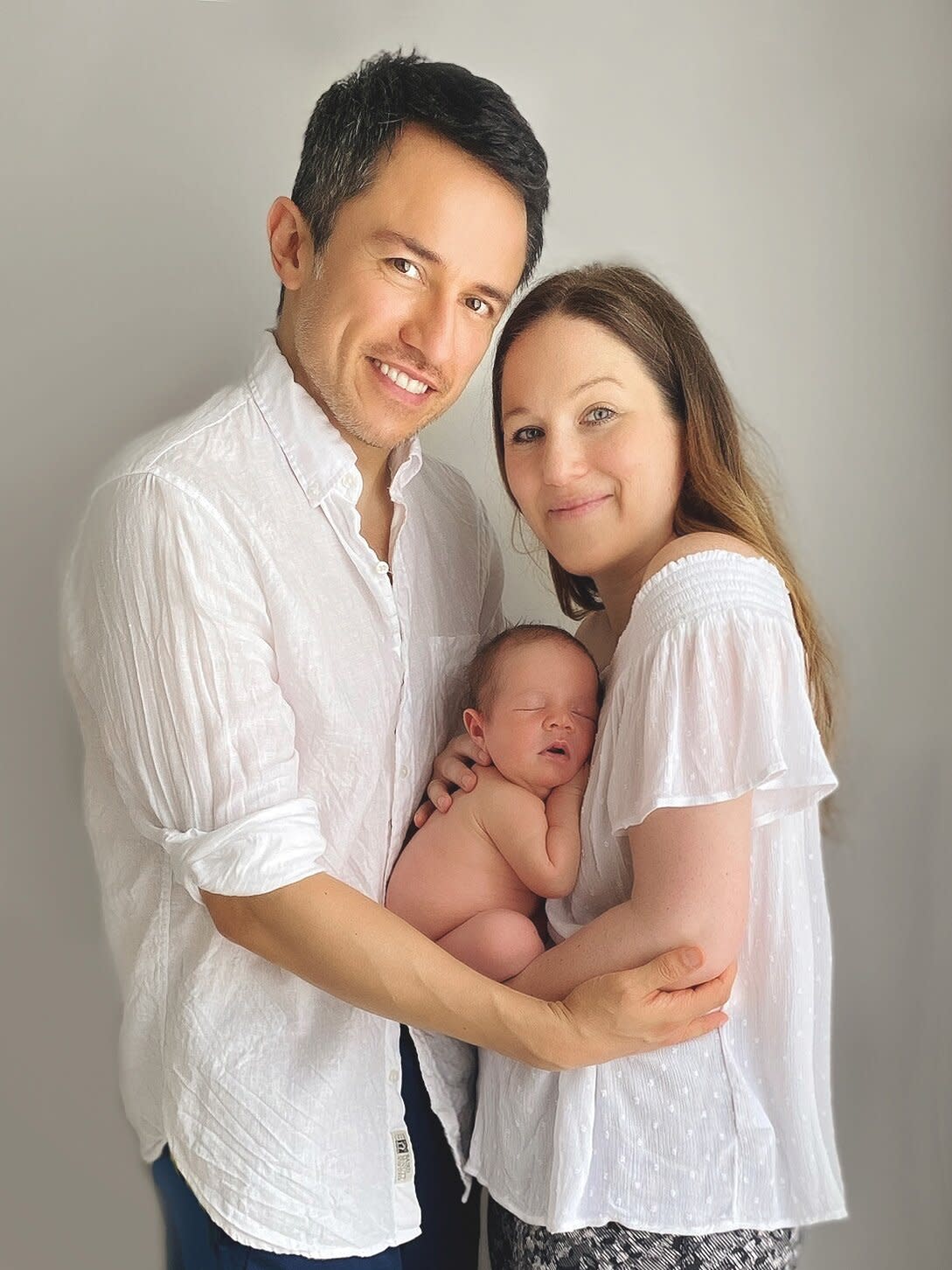