Research shows that crickets have been using the same methods to communicate for more than 300 million years. Getty Images   Songs produced by crickets, katydids, grasshoppers and other orthopteran insects are hundreds of millions of years in the making, according to a Texas A&M AgriLife Research scientist’s research published in Nature Communications. […]

Songs produced by crickets, katydids, grasshoppers and other orthopteran insects are hundreds of millions of years in the making, according to a Texas A&M AgriLife Research scientist’s research published in Nature Communications.

Hojun Song, AgriLife Research entomologist and associate professor in the Department of Entomology at Texas A&M University, said there have been many changes to the way insects within the Orthoptera order hear and create sounds, but the lineage of these songs dates back around 350 million years.

The research publication “Phylogenomic analysis sheds light on the evolutionary pathways towards acoustic communication in Orthoptera” shows that the lineages of Orthoptera were communicating to find mates, avoid predators and navigate throughout 350 million years of diversification. By investigating these ancient communication methods, humans can better understand how we ourselves communicate, Song said.

The research was a five-year project funded by the National Science Foundation and the 1KITE, 1K Insect Transcriptome Evolution project, a large international consortium aiming to study the transcriptomes, or the entirety of expressed genes, of more than 1,000 insect species from all recognized insect orders. The publication included work from 12 other scientists from around the globe and is accessible to anyone.

“We discovered a great deal, but there is a great deal that is yet to be discovered about acoustic communication in Orthoptera,” Song said. “But the practical applications of our study are also exciting because it is possible to develop novel tools, such as hearing aid devices, modeled after these ancient mechanisms used for acoustic communication.”

Why Crickets And Katydids?

In terms of animal sounds, insects are the most diverse communicators on the planet, Song said. There are thousands of mammalian and avian species that communicate acoustically for mating, defense and navigation, but there are tens of thousands of insect species that make and hear sounds.

Song and the other researchers approached the project by poring over extensive literature and by using phylogeny, which refers to the evolutionary relationships among organisms. They also collected DNA- and RNA-quality samples of a wide range of Orthoptera species from around the globe and viewed curated species collections and fossil records.

The researchers deduced relationships and built a phylogeny based on DNA sampling and gene sequencing methods, including transcriptome analysis, which have improved exponentially over the past decade.

“A few data points can give a glimpse of the evolutionary relationships, but the amount of data we can generate now can give us a very clear view of the relationships among those species we sampled,” he said. “The transcriptome analysis helped us build a reliable family tree.”

The Orthoptera order encompasses about 28,000 known species, and around 16,000 of them communicate acoustically, Song said. These insects use various specialized mechanisms on their wings or legs and abdomens to create and hear sounds.

Some crickets’ wings have microscopic teeth on the underside that look like a file. When rubbed by a scraping mechanism on the other wing, the “teeth” emit the tell-tale chirp. Some grasshoppers scrape their legs with their wings. Some species of katydids communicate at frequencies at the ultrasound level, which is too high for the human ear to perceive.

The authors sampled 239 species of Orthoptera for the analyses. The specimens exhibited a wide range of characteristics representing the diversity of acoustic communication within the Orthoptera order.

“There are 16,000 species that communicate acoustically, so we had to select species that covered a wide enough range of characteristics to build a robust evolutionary relationship phylogeny that investigated the use of hearing and sound producing mechanisms,” he said.

After scientists established relationships among the species, they used fossil data to calibrate the phylogeny and determine how old the lineages were, Song said. A paleontologist reviewed millions-year-old fossils of grasshoppers, katydids and crickets to create a “time tree” representing how and when the different insect lineages diverged within the Orthoptera order.

Some of the fossils that the paleontologist reviewed included a cricket’s wing from the Triassic Period, 251 million-199 million years ago. The wing displays the same scraper and teeth that crickets currently use to create sound, Song said.

“What we found was that crickets were using the same mechanism to communicate as they do today,” he said. “So, if we had a time machine, we could go back 300 million years and hear a cricket song that is the same or very similar to what we hear today.”

Song and researchers used that information as a calibration point to go back even further. They estimated, based on 272-million-year-old fossil evidence, that the crown-Orthoptera species appeared during the late Carboniferous period, around 350 million years ago.

Evolution Of Hearing And Sound Production

Song said some species within Orthoptera that appeared later likely evolved their communication to stand out in an increasingly noisy environment. Communication became more complicated as animal life exploded during the Jurassic and Cretaceous periods.

So, they developed advanced sound tempos, patterns and frequencies to stand out among other species to attract mates, he said.

“There were more species entering the soundscape, and it was becoming saturated, so species probably had to find their narrow niche to communicate,” he said. “Their song had to stand out to mates, so they specialized, but they also had to avoid predators that were homing in via sound.”

Within Ensifera, which includes crickets, katydids, mole crickets and grigs, sound-producing mechanisms and ears likely co-evolved from about 300 million years ago, Song said.

Within Caelifera, which includes grasshoppers, the time tree shows most ancient grasshoppers evolved hearing mechanisms around 60 million years ago, prior to the evolution of sound production. Their hearing mechanism – the abdominal tympana – led to a great divergence in Orthoptera species.

“They may have developed hearing to avoid predators or to modulate their flight,” he said. “But the ability to hear opened up the possibility to communicate. Those evolutionary changes led to many divergences over millions of years.”

Song has recently received another round of funding from National Science Foundation to use more species and more sophisticated technology. His international team, now including collaborators from the U.S., the U.K., France and South Korea, will increase the number of species sequenced to 1,600 and apply biomechanics and biophysics to investigate how the functions of stridulatory wings and tympanal ears have evolved.

“Insects, like many species, are adapted to their environment,” he said. “Urbanization is changing the soundscape these insects communicate in. If we can understand these mechanisms and how Orthoptera make sound and hear, we will know more about how we hear and maybe develop novel technology that improves the acoustic environment and acoustic communication for all communicating life, from Orthoptera species to humans.”

Fri Oct 9 , 2020
Fall is finally here with its crisp, cool weather. While that means slipping on cozy sweaters and sipping warm mugs of pumpkin spiced drinks, it’s also important to make sure you’re thinking about fall home maintenance. After all, no one likes to deal with things like water damage or fallen […] 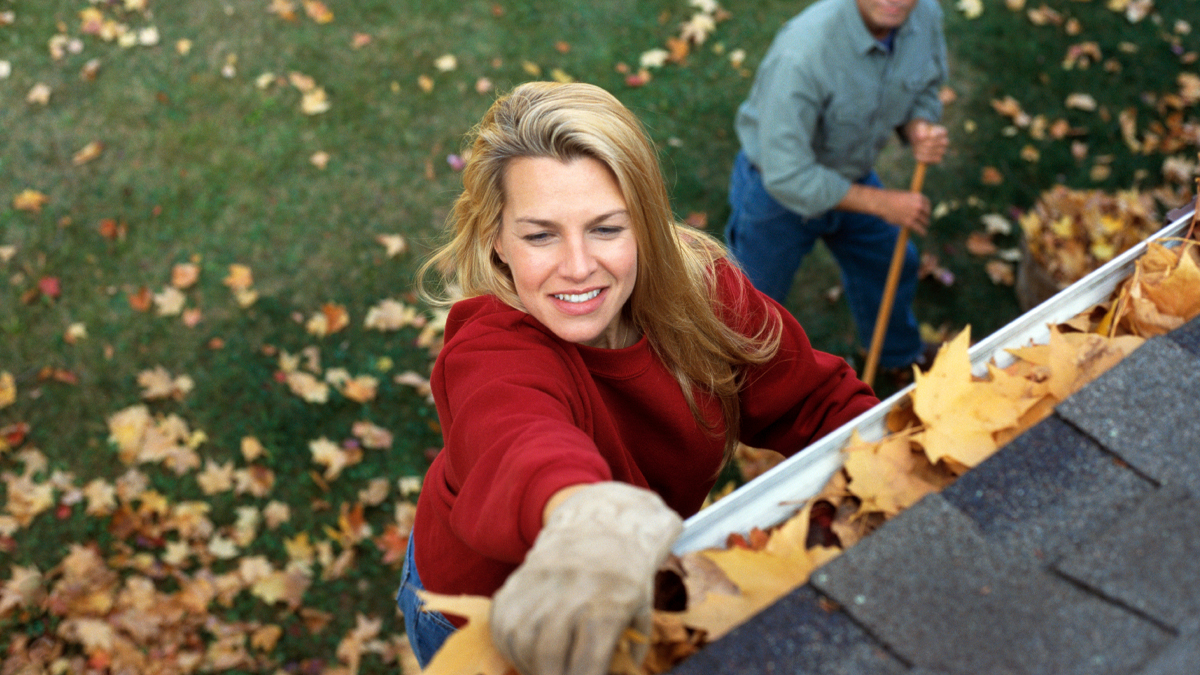