From wineries to wildlife, Jak Wonderly is no stranger to making photos come alive using light, layout, and composition. But to capture something beautiful in dead animals? It was a new challenge. © Photograph by Jak Wonderly This version of an award-winning photo features birds, rodents, reptiles, and other animals […]

From wineries to wildlife, Jak Wonderly is no stranger to making photos come alive using light, layout, and composition. But to capture something beautiful in dead animals? It was a new challenge.

This version of an award-winning photo features birds, rodents, reptiles, and other animals brought to WildCare Animal Hospital in San Rafael, California, that had suffered lethal injuries from cats in 2019.

Wonderly’s photo, “Caught by Cats,” recently won first place in the 2020 BigPicture Natural World Photography Competition’s Human/Nature category. His image highlights a grim picture: The photo would need to be multiplied 10 million times to come close to showing the billions of animals killed by cats each year.

The inspiration for his photograph came from the work of WildCare, a nonprofit wildlife hospital based in San Rafael, California. Of the 321 animals that were injured by cats and brought to the center in 2019, only 89 survived. The other 232, shown in Wonderly’s photo, died despite WildCare’s efforts to save them.

“To have this many in front of you, to know that they all died from the same cause, really made me contemplate what was going on,” he says.

Wonderly worked on the layout of the carcasses, brainstorming arrangements that would visualize the large death count and captivate viewers long enough for them to look closely. The original idea came from Melanie Piazza, director of animal care at WildCare. Piazza has worked in wildlife rehabilitation for more than 20 years, treating injured outdoor cats and other wildlife throughout her career.

WildCare’s Melanie Piazza holds a western tanager killed by a cat. Photographer Jak Wonderly documented the 232 animals injured by cats in 2019 that WildCare couldn’t save. Of the more than 300 animals brought in with injuries from cats, only 89 survived.

Pursuing the “Caught by Cats” project proved to be an emotional experience. The day before the shoot, Piazza removed the preserved bodies from freezers at WildCare and took them home to defrost. The next day was filled with brushing and bandaging wounds to stop them from leaking, while Wonderly arranged and took photos of them.

“Our goal was not to be disgusting or shocking. We wanted to present the animals as respectfully as possible and grab people’s attention with their beauty,” Piazza says.

The problem with outdoor cats

Cats have contributed to the extinction of 63 species of vertebrates, most of them birds, says Peter Marra, director of the Georgetown Environment Initiative. “The fact that they’ve caused these extinctions is bad enough…. [Additionally] we know that they have a significant impact on populations globally, whether they’re threatened or not,” he says.

Marra, who was formerly the director of the Smithsonian’s Migratory Bird Center, is the author of Cat Wars: The Devastating Consequences of a Cuddly Killer, which details why cats can be dangerous to species diversity. Since the book’s release in 2016, not much has changed regarding outdoor cat regulation, Marra says, but there is a greater awareness and understanding of the issue.

Some argue that cats are natural predators and should be allowed to roam and kill prey as they please. But, according to Piazza, the fight is not fair. This argument overlooks several important factors.

In a natural predator-prey relationship, predators hunt until there isn’t enough prey in the population to feed them, she explains. As the predator population dwindles, the prey population has time to repopulate. Domesticated cats disrupt the cycle.

“They’re in the same area for 15 to 20 years, they’re fed by their humans, they don’t have to hunt to survive,” Piazza says. “They just constantly kill and nothing changes their population, so it doesn’t give local wild populations time to rebound as they would if it was a natural predator-prey cycle.”

The outdoor cat debate is a polarizing issue, and Piazza says that the project isn’t meant to alienate animal lovers. Her goal, instead, is to unite them. She suggests keeping cats on leashes, having a catio (an enclosed outdoor patio for your cat), or pledging to make your next cat an indoor cat. Not only do these practices protect other animals, they keep cats safe and healthy, too.

Sun Oct 11 , 2020
WASHINGTON — For the first time, the U.S. Air Force updated the software code on one of its aircraft while it was in flight, the service announced Oct. 7. And there’s a surprise twist: The aircraft involved wasn’t the “flying computer” F-35, the mysterious B-21 bomber still under development, or […] 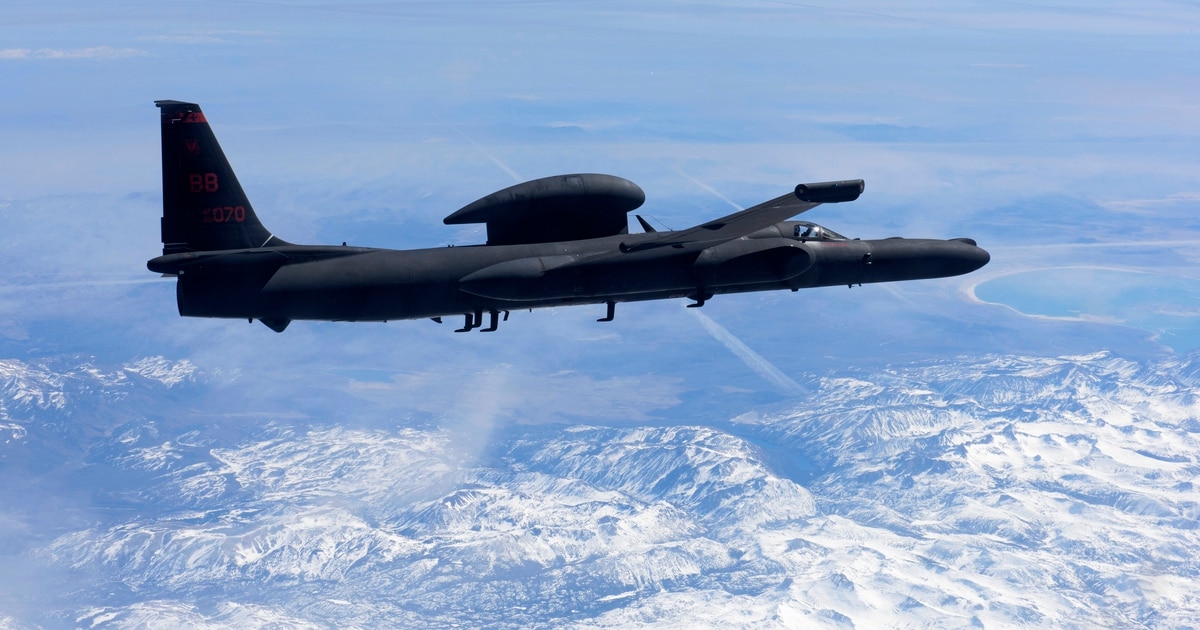