Walmart is perhaps the best example of the commonly used mantra “every company is now a technology company”: The world’s largest retailer has invested heavily in building out its tech team to create new offerings, like express delivery.  But it also partners with a slew of outside AI partners — […]

Walmart has transitioned into a software behemoth over the last several years as it strives to catch up to Amazon in e-commerce. For example, it has invested in emerging technology like artificial intelligence across the enterprise, from robotic cleaners in physical stores, to applications that autonomously manage the company’s intricate web of suppliers around the globe.

While Walmart relies on vendors for some of the tech, it’s also building much of it in-house through an army of thousands of data scientists and software engineers. The system for its recently-launched express delivery offering — which relies on AI to make real-time calculations based on factors like weather conditions and labor costs to figure out the fastest way to get products to a customer’s door — was all built internally.

“This is a company that had really focused on execution in more traditional ways of doing business and was a little behind the curve in the last few years. It’s significantly caught up,” UBS analyst Michael Lasser told Business Insider. “It’s deployment of technology has been about doing what it does, but much more efficiently through the use of automation.”

Morgan Stanley analysts even said that Walmart’s monthly delivery subscription, which is akin to Amazon Prime, meant that Walmart’s stock should be treated more like that of a tech company.

Walmart’s increasing leadership position around the globe is why it’s such a big deal when the company partners with an outside vendor. For the startups, it gives them a chance to quickly test out their products in one of the biggest marketplaces in the world. It also introduces visibility on a scale that is perhaps only rivaled by a competitor like Amazon.

But apart from the immediate commercial benefits, the widespread use helps to inform future development, too. In the case of Brain Corp. — which provides the software that powers Walmart’s automated floor cleaners — the partnership helped illuminate how janitors will ultimately work alongside its product, according to vice president Phil Duffy.

Business Insider unpacked all the known AI firms that Walmart is either working with or purchased over the last several years. We relied on data from PitchBook for those firms that declined to independently offer fundraising and valuation amounts.

Wed Oct 14 , 2020
As of now, there is no information on the exact date of the sale commencement. And here are some of the top deals to look out for Amazon Great Indian Festival Sale 2020. Discounts Offers On Smartphones Amazon will be offering discounts on smartphones. Again, as of now, there is […] 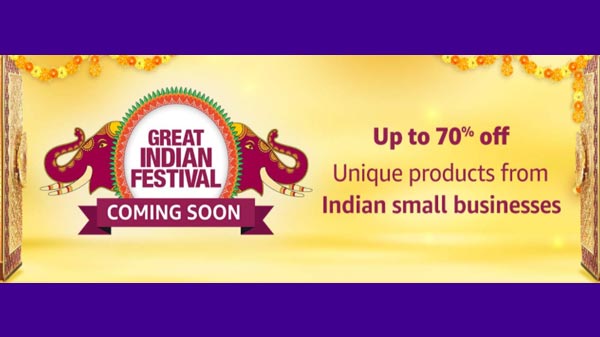