A majority of American voters believe that the upcoming presidential election stands to be the most important of their lifetime, yet it is also one that many believe will not be easy, free, or fair. This contest, after all, is taking place amid a global public-health crisis that is changing […]

A majority of American voters believe that the upcoming presidential election stands to be the most important of their lifetime, yet it is also one that many believe will not be easy, free, or fair. This contest, after all, is taking place amid a global public-health crisis that is changing the way voters cast their ballots, and within a political environment where the incumbent has refused to commit to accepting defeat.

In an election such as this one, “it is all the more important to have a neutral, nonpartisan group of international observers who are taking account of the entire process,” Urszula Gacek, a former Polish politician who will be leading an international delegation monitoring the November poll, said at a press conference in Washington, D.C., this past week. A recent study has shown that a majority of Americans feel the same way.

The problem is that the factors that have bolstered the need for having neutral foreign observers present at next month’s election are the same ones that have made those observers’ jobs all the more difficult.

American voters might be surprised to learn that their elections are subject to foreign observation—a practice more commonly associated with younger, more fragile democracies. In fact, international observers have been a part of American democracy for nearly two decades. Gacek’s team is from the Organization for Security and Cooperation in Europe, a transatlantic group of 57 North American, European, and Asian nations (including the United States) that has been invited by the U.S. government to observe almost every national election since 2002. Its previous U.S. mission, made up of 49 experts and observers, was for the 2018 midterms.

But this upcoming election is far from typical, requiring the kind of manpower not previously needed for U.S.-based missions. Citing concerns that the contest would be “the most challenging in recent decades,” the OSCE intended to deploy 500 observers. Due to a mix of health concerns and travel restrictions, however, the group was only able to send 30. As a result, a U.S. mission that was envisaged to be the organization’s largest to date has become one of its smallest.

[Barton Gellman: The election that could break America]

This doesn’t necessarily mean that the OSCE can’t do its job. Gacek told me that her core team—including lawyers, analysts, and media experts—remains unchanged. As with previous missions, their task is to observe how the vote takes place, including the state and federal laws governing it, the technology facilitating it, and the media landscape surrounding it. Their reduced numbers mean, however, that they can’t feasibly be everywhere at once—especially on Election Day.

Under normal circumstances, observers would be out in the field, visiting polling stations and monitoring for irregularities such as long lines, voter suppression, and intimidation. This time, however, Gacek and her team, who will be joined just before Election Day by 100 representatives from the OSCE’s parliamentary assembly, a sister organization, will only be able to have an active presence in 28 states—a limitation that is impacted in part by the fact that not all states welcome international observers (a recurring issue that Gacek said is in breach of the United States’ international commitments). Though there won’t be enough of them to yield a statistically significant sample on Election Day, Gacek said they would still be able to compile anecdotal evidence. “We will still be able to pick up on major issues and problems,” she said. “We’ll be in battleground states; we’ll be in safe states.”

It isn’t just the OSCE that will have a reduced presence in this election. The Organization of American States, a bloc of 35 countries in the Americas which in 2016 sent its first-ever observer mission to the U.S., will be completely absent from this year’s contest. Unlike the OSCE, though, that’s because it hasn’t been invited. When I asked the OAS why that was the case, a spokesperson told me that “it would not be appropriate to talk about an election that we have not been invited to observe.” The State Department, which issues such requests, did not respond to an inquiry about whether the organization would be receiving an invitation.

Having fewer international observers doesn’t necessarily mean that there will be reduced checks against voter manipulation on Election Day. Unlike their domestic counterparts, who are tasked with alerting election authorities to problems in real time, international observers have little enforcement power. They are not there to police the vote, nor do they intend to. “We do not interfere,” Gacek said. “If we see something we’re not clear on, we might say, ‘Could you explain why this is being done like this?’ … [If] we’re still not happy with it, that doesn’t matter. We note it and then analyze it back at base.” These findings are ultimately compiled into a report, published after the election, that includes recommendations on how the electoral process can be improved. Whether the U.S. government chooses to adopt the advice, however, is up to it.

Still, international observers’ diminished presence is a cause for concern—particularly at a time when confidence in the electoral process is wavering. Though fears about voter suppression predate this year’s contest, the anticipated influx of mail-in ballots paired with Donald Trump’s unfounded claims of mass voter fraud have put these issues center stage. A recent study by the Pew Research Center found that nearly half of all U.S. voters expect to have difficulties casting their ballot in the upcoming election. Another poll found that less than a quarter of Americans believe the vote will be free and fair.

These concerns prompted the Atlanta-based Carter Center, which has spent the past three decades monitoring elections around the world, to turn its attention home for the first time. Though the organization has no plans to partake in traditional election observance, as it does abroad, it will work on increasing transparency about the electoral process, providing voters with resources about how they can vote, and holding media training programs on how to assess an election result that could take much longer to determine than before.

“People should understand that [a delay] doesn’t mean there’s a problem,” David Carroll, the director of the Carter Center’s Democracy Program, told me. “It just means that the process might take a different course than what we’re used to.”

[Leah Litman: The election is already under way in America’s courts]

That’s unlikely to be how Trump frames it, though. He has repeatedly asserted without evidence that this election will be rigged. When asked during the first presidential debate whether he would urge calm in the immediate aftermath of the election and refrain from claiming victory until after all the votes have been counted, the president declined to do either. “I’m urging my supporters to go into the polls and watch very carefully, because that’s what has to happen,” Trump said, citing a dubious claim that poll watchers are being denied access to polling stations.

When I asked Gacek about the president’s comments, she said that, “in principle, for a candidate to have his representatives there, by our standards, is okay.” But this doesn’t mean that members of the public can spontaneously show up at polling sites. In addition to needing proper accreditation, official poll watchers also need to abide by certain rules. “They can’t be intimidating people or harassing people,” Gacek said. “They have to [stay] well back.”

Some expressed concern that the president’s words could be misconstrued by his supporters to mean that they can show up at polling stations arbitrarily. “If a leader of a foreign country did that, international organizations would be extraordinarily concerned,” said Nina Jankowicz, a disinformation expert at the U.S.-based Wilson Center and a former election observer, noting that such calls could invite intimidation and violence. These are the sorts of things that election observers are deployed to watch out for. They are also the types of behavior that, with fewer observers, could be more difficult to detect.

When I asked Gacek about the possibility that this election could take much longer to conclude than previous ones, she said that she and her team are prepared for the fact that they may need to remain in the country for some time—weeks, if not months, after Election Day has passed. “They’re a formidable lot; they’ve seen everything,” she said of her team. Even in circumstances such as these, she seemed to suggest, little could surprise them. And besides, their job is to assess the health of America’s elections—not decide them.

“We’re not going to declare a verdict on these elections,” she said. “The only people we’re rooting for in this election are the voters.”

Fri Oct 9 , 2020
For the price of $3.14, anyone can ride an Uber from anywhere within Kyle city limits at any time, any day of the week. KYLE, Texas — The City of Kyle on Wednesday announced the launch of the Uber Kyle $3.14 program, providing city-subsidized rideshare options for both residents and […] 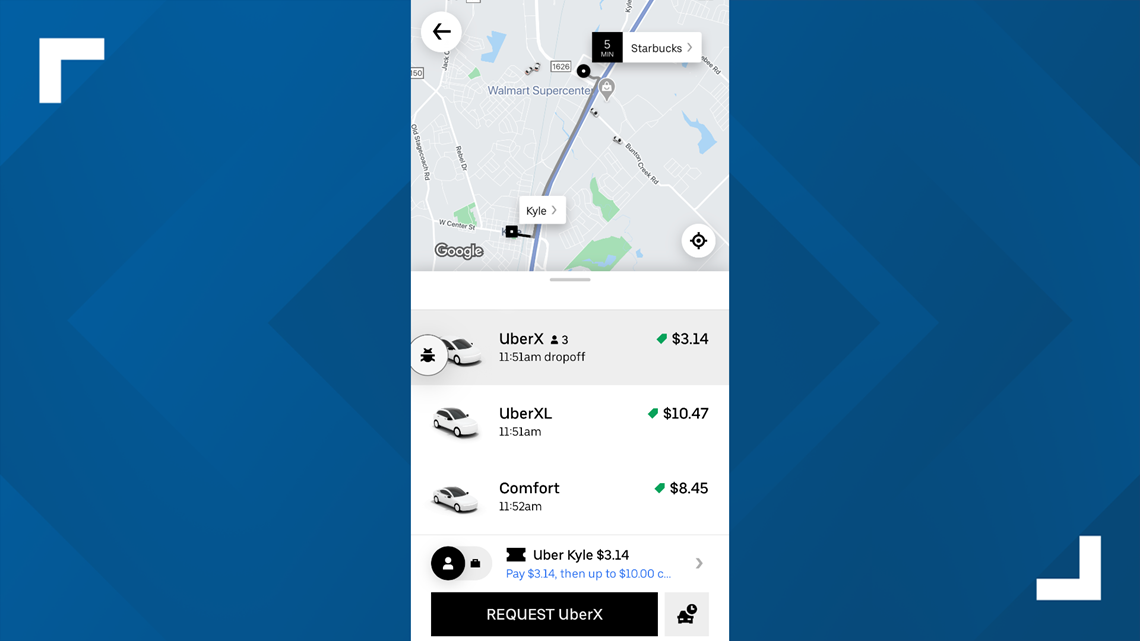