LONDON — British Prime Minister Boris Johnson has defended his handling of the coronavirus pandemic, but warned that the country faces a “bumpy” winter ahead. Britain has Europe’s highest coronavirus death toll, at more than 42,000, and Johnson’s Conservative government is facing criticism from all sides. Opponents say tougher social […]

LONDON — British Prime Minister Boris Johnson has defended his handling of the coronavirus pandemic, but warned that the country faces a “bumpy” winter ahead.

Britain has Europe’s highest coronavirus death toll, at more than 42,000, and Johnson’s Conservative government is facing criticism from all sides. Opponents say tougher social restrictions are needed to suppress a second pandemic wave, but many in Johnson’s own right-of-center party argue that restrictions must be eased to save the economy.

Johnson told the BBC that the government had to strike a difficult balance and he couldn’t “take a course that could expose us to tens of thousands more deaths in very short order.”

Johnson expressed hope that progress on vaccines and testing would “change the scientific equation” in the next few months, allowing a return to normality.

But he said “it’s going to continue to be bumpy through to Christmas. It may even be bumpy beyond.”

Britain on Saturday reported a record 12,872 new coronavirus infections, by far the highest daily total since the outbreak began, though the figure included a backlog of previously unreported cases.

HERE’S WHAT YOU NEED TO KNOW ABOUT THE VIRUS OUTBREAK:

— South African coffin-maker saw COVID-19 at work and at home.

— South Africa and India have asked the World Trade Organization to waive provisions on intellectual property rights to speed efforts to prevent, treat and contain the COVID-19 pandemic.

— Madrid, Europe’s most critical coronavirus hot spot, is under a partial lockdown, with police controlling travel in and out of the city. Still some flamenco houses reopened, with precautions.

HERE’S WHAT ELSE IS HAPPENING:

NEW DELHI — India says it is planning to immunize at least 250 million of its 1.4 billion people by July 2021 after receiving between 400 and 500 million coronavirus vaccine doses.

Health Minister Dr. Harsh Vardhan on Sunday said the government will ensure “equitable access” to the vaccine and is in the process of identifying the high-risk groups that will be the first in line, including health care workers.

India is testing three potential vaccines, including one being developed jointly by the University of Oxford and pharmaceutical giant AstraZeneca.

That will be mass produced by India’s Serum Institute, the world’s biggest vaccine producer. The Serum Institute has said it would produce 200 million doses of coronavirus vaccines for developing countries, including India.

India has reported 6.5 million cases and more than 100,000 deaths in the pandemic.

MOSCOW — Coronavirus infections in Russia hit a new record on Sunday, with the government reporting over 10,000 new confirmed cases for the first time since mid-May.

The 10,499 new cases reported on Sunday bring the country’s total to over 1.2 million. Russia currently has the fourth largest caseload in the world and has so far reported over 21,000 deaths.

The Russian authorities insist there are no plans to impose a second lockdown in the country that has lifted most of the virus-related restrictions imposed in the spring. Kremlin spokesman Dmitry Peskov said Friday another lockdown is currently not being discussed in the government.

At the same time in Moscow, which reported over 3,000 new cases on Sunday in the biggest surge in months, officials have recommended the elderly to self-isolate at home and have extended upcoming school holidays by a week.

WASHINGTON __ President Donald Trump went through a “very concerning” period Friday and faces a “critical” next two days in his fight against COVID-19 at a military hospital, his chief of staff said Saturday — in contrast to a rosier assessment moments earlier by Trump doctors, who took pains not to reveal the president had received supplemental oxygen at the White House before his hospital admission.

Trump remained at Walter Reed National Military Medical Center on Sunday. He offered his own assessment of his status Saturday evening in a video from his hospital suite, saying he was beginning to feel better and hoped to “be back soon.”

Hours earlier, chief of staff Mark Meadows told reporters, “We’re still not on a clear path yet to a full recovery.” In an update Saturday night, Trump’s chief doctor expressed cautious optimism but added that the president was “not yet out of the woods.”

The changing, and at times contradictory, accounts created a credibility crisis for the White House at a crucial moment. With Trump expected to remain hospitalized several more days and the presidential election looming, his condition is being anxiously watched by Americans.

The Health Ministry says the day-to-day increase reached a new record high of 818 on Saturday. The government has reacted to the recent spike by declaring a state of emergency accompanied by strict restrictions.

Prime Minister Igor Matovic call3e on fellow Slovaks on Sunday to avoid any public gatherings and not to organize any family celebrations.

JERUSALEM — A member of Israel’s Cabinet has tested positive for the coronavirus as the country remains under lockdown while battling a second wave of infection.

Gila Gamliel, Israel’s environmental protection minister and a member of Prime Minister Benjamin Netanyahu’s Likud party, announced on Twitter Sunday that she had tested positive. She was the fourth minister in Israel’s government to test positive.

The Israeli government imposed a nationwide lockdown on Sept. 18 ahead of the Jewish High Holidays in an effort to rein in a runaway outbreak of the coronavirus. According to Health Ministry figures, Israel has recorded over 264,000 cases and almost 1,700 deaths since the beginning of the pandemic.

The person was being treated at a hospital for a fever when a coronavirus test came back positive. About 15 hospital staff and 40 co-workers have been put in self-quarantine.

On Sunday, the Education Ministry announced that schools are closed from Oct 5 after the authorities decided to advance the school holidays to Oct. 5 from the scheduled date of Oct. 9.

The curfew imposed on Sunday covers Minuwangoda and Divulapitiya suburbs, about 50 kilometers (31 miles) north of the capital Colombo, from where the patient was reported.

For more than two months, health officials have been saying that they have prevented the community spread of the virus.

The country has reported 3,388 confirmed cases, including 13 deaths. Of the total, 3,254 have recovered.

RIYADH, Saudi Arabia —A very small, limited number of people donning the white terrycloth garment symbolic of the Muslim pilgrimage circled Islam’s holiest site in Mecca after Saudi Arabia lifted coronavirus restrictions that had been in place for months.

The kingdom had taken the rare step of suspending the smaller “umrah” pilgrimage that draws millions year-round from across the world in early March as the coronavirus morphed into a global pandemic.

But as nations begin to ease those restrictions, the Saudi government on Sunday started allowing a maximum of 6,000 pilgrims a day to enter the sprawling Grand Mosque in Mecca. Only Saudi citizens and residents will be permitted to enter the mosque during this first phase of reopening, and each person has up to three hours to complete the pilgrimage.

MELBOURNE, Australia — The premier of Australia’s Victoria state has called on citizens to “stay the course” after large groups flooded beaches and parks at the weekend in defiance of strict lockdown regulations.

Victoria, emerging from a major winter spike in coronavirus cases, relaxed lockdown regulations last weekend but still allowed only five people from up to two households to congregate outside.

Many ignored those regulations on Saturday and crowded parks and beaches, causing Premier Daniel Andrews to remind Victorians not to be selfish and maintain social distancing. Victoria reported only 12 new coronavirus cases and one death Sunday, well down on the peaks of winter.

Andrews said the situation in Victoria is “delicately poised” as the state moves toward further easing of lockdown rules.

“People love to go to the beach when it’s sunny but there’s a global pandemic on,” he said. “Surely, there’s a greater urge to see this thing, to defeat it and to have a normal summer and have a COVID normal Christmas and 2021.”

SEOUL, South Korea — South Korea has reported 64 new cases of the coronavirus, the fourth straight day its increase came below 100, possibly reflecting the fewer number of tests conducted during one of the biggest holidays of the year.

The figures released by the Korea Disease Control and Prevention Agency on Sunday brought the national caseload to 24,091, including 421 deaths.

The additional cases reported Saturday included 75 in Bernalillo County, 67 in Dona Ana County, 32 in Chaves County, 22 in Lea County and 20 in Curry County.

The three deaths occurred one each in Bernalillo, Curry and Dona Ana counties and involving people in their 70s or 80s with underlying conditions.

The Arizona Republic reports that dozens of letters from inmates in recent months said the Arizona Department of Corrections, Rehabilitation and Reentry wasn’t protecting staff and inmates during the outbreak.

The Republic reports inmates’ letters describing fears and frustrations, asking for help while others provided graphic details in personal narratives of surviving the virus.

What is SASE? A cloud service that marries SD-WAN with security 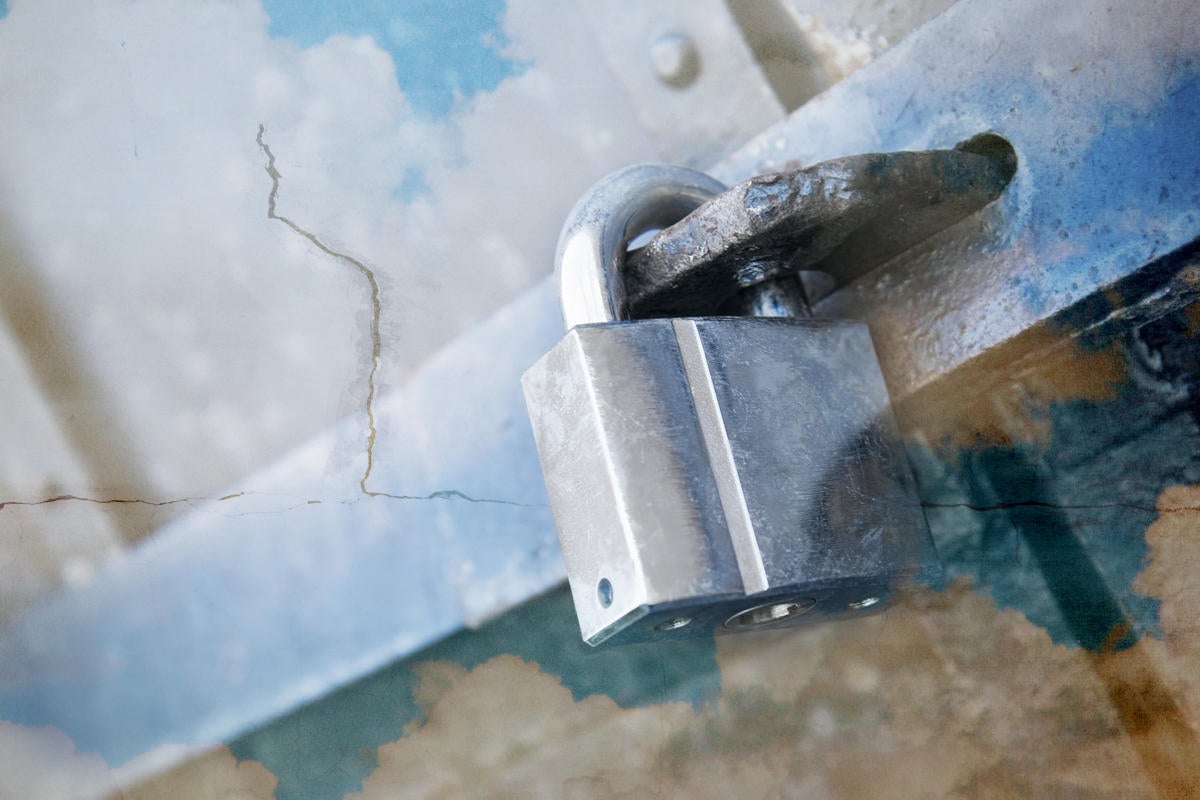