The Google Pixel 5, which was unveiled during the company’s Launch Night In event on Wednesday, was definitely a surprise—especially if you were paying any attention to the lofty rumors leading up to its debut. Rather than offering a giant screen, the latest Snapdragon processor, and state-of-the-art biometric security, Google’s new […]

The Google Pixel 5, which was unveiled during the company’s Launch Night In event on Wednesday, was definitely a surprise—especially if you were paying any attention to the lofty rumors leading up to its debut. Rather than offering a giant screen, the latest Snapdragon processor, and state-of-the-art biometric security, Google’s new handset is surprisingly pedestrian.

While we don’t mind that the Pixel 5 comes in with a lower price, if you start to compare it to the Pixel 4a 5G, the Pixel 5’s position becomes confusing. Google delivered on its promise to bring 5G to its affordable 4a phone back when it launched this summer. While it’s not shipping for another month or so, it’s both $200 cheaper than the Pixel 5 and has a display two-tenths of an inch bigger, with the same processor:

They also both have Android 11 onboard, the same very cool camera features, and of course 5G. They share the same rear-mounted fingerprint sensor and Titan M Security chip. And they both come in black.

So what’s the point of the Pixel 5? Other than the headphone jack, which is present on the 4a but not on the 5, and wireless charging, which you get only on the 5, the only real material difference between the two is IP68 water resistance and the material: The Pixel 5 has an aluminum back, while the 4a’s is made of plastic. They even have identical cameras and both support sub-6GHz and mmWave 5G networks (though ultra-wideband is exclusive to the Verizon 4a 5G and costs 100 extra).

I can understand why Google lowered the Pixel’s entry price. Premium Android phones are struggling to sell this year, and Google had a hard time competing with the Pixel even when sales were stronger.

The chip makes sense too. Qualcomm’s licensing terms for the 865 are extremely pricey, and Google wisely concluded that no one’s going to pay $1,000-plus for a Pixel.

But with the 4a and 4a 5G already in the lineup, what’s the point of a third model? If it’s supposed to be a flagship, where are the premium parts? And if it’s supposed to be a mid-ranger, what’s the appeal over the upcoming iPhone 12 and OnePlus 8T, or the $700 Galaxy S20 FE? The mid-range Android market is just as competitive as the high-end one. The Pixel 5 has a real fight on its hands to woo buyers.

The 5G trend isn’t going to help either. We’ve come a long way from the days when 5G phones commanded eye-watering price tags. Currently, you can find dozens of 5G phones with larger screens and more cameras in the $700 range. Besides, Pixel fans already have a solid 5G option with the $499 Pixel 4a 5G. So unless someone really wants Sorta Sage, the Pixel 5 isn’t a great way to spend $700.

I’ll admit that the Pixel 5’s symmetrical design and aluminum back are upgrades over the Pixel 4a 5G, but I’m not sure they’re worth $200. Even if they are, Google needs to convince buyers that relatively superficial features are worth paying for. That strategy might work for iPhones or Galaxy phones, but not Pixels.

Even Google seems to think it’s a bad idea. According to Nikkei Asia, Google has ordered as few as 800,000 Pixel phones to be produced, about half as many units as the Pixel 4 in the same time period. Those conservative numbers are likely due to the pandemic, but they may also suggest that the Pixel 5 doesn’t even make a lot of sense to Google.

It didn’t need to be this way. Google could have launched a single Pixel in LTE and 5G varieties and called it a day. During its event, it proclaimed that the Pixel 4a is selling faster than the 3a, so clearly there’s interest in lower-end Pixels. The Pixel could never compete with the iPhone or Galaxy S, so it would make sense to lean into the things that make the Pixel special with a cheaper phone. Night Sight Portrait Mode, Extreme Battery Saver, and Hold for Me are truly impressive features that you can’t get anywhere else. They bring greater value to the Pixel phone than a faster processor or bigger screen.

Now more than ever, the Pixel has its place as the leader of the Android community. But Google has made things unnecessarily confusing with a third phone. I suppose Google felt it had to launch a phone with ‘5’ in its name for legacy reasons—plus it melds nicely with the whole 5G thing—but anyone waiting to upgrade their long-in-the-tooth Pixel 2 or bug-plagued Pixel 3 XL is going to be a little confused when they log onto the Google Store and check out the specs.

I’ll make it simple for you: Just order the 4a 5G.

Update 8:30am: Clarified that mmWave 5G on the Pixel 4a 5G is exclusive to Verizon and costs $100 extra.

Sun Oct 4 , 2020
Nvidia is promising big things with its new generation of graphics cards. The GeForce RTX 3080 is supposed to deliver twice the performance of the RTX 2080 at the same price. It’s even supposed to surpass the RTX 2080 Ti, providing solid 4K gaming performance for much less than Nvidia’s […] 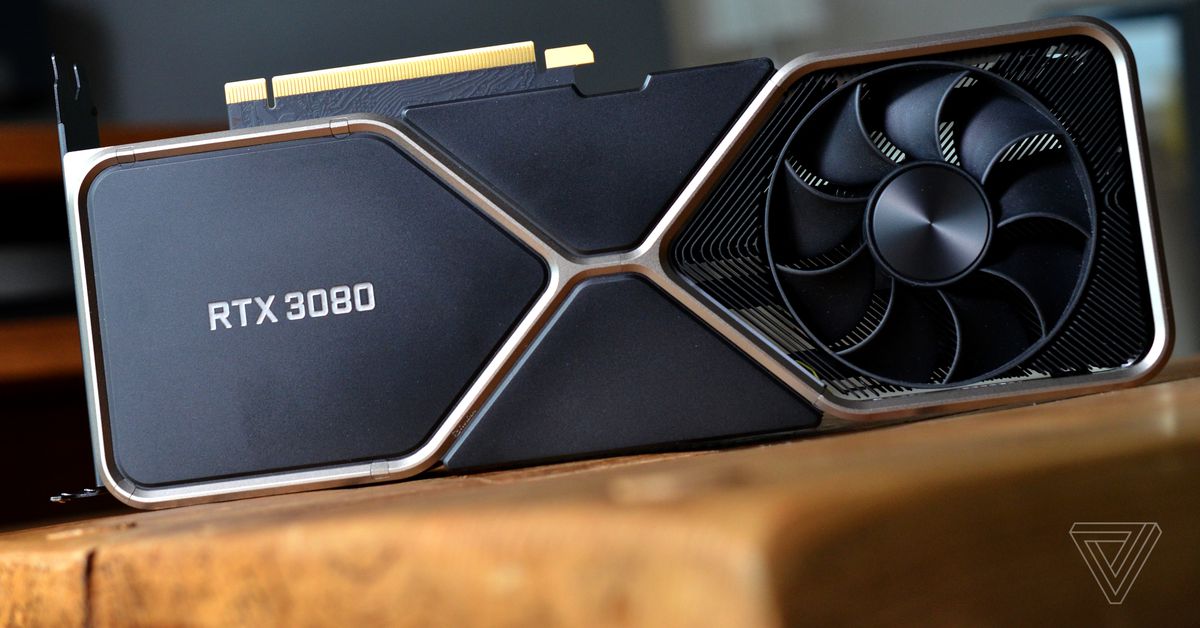