More than 3 million acres of California have burned this year, and 18,000 firefighters are still battling 27 major wildfires across the sooty state sometimes called golden. And every day, high above the smoke, a military drone with a wingspan roughly 10 times that of LeBron James feeds infrared video […]

More than 3 million acres of California have burned this year, and 18,000 firefighters are still battling 27 major wildfires across the sooty state sometimes called golden. And every day, high above the smoke, a military drone with a wingspan roughly 10 times that of LeBron James feeds infrared video of the flames back to March Air Reserve Base, east of Los Angeles, to help map the destruction and assist firefighters.

These MQ-9 “Reaper” drones don’t usually fly domestic—they’re on standby in case the Air Force needs them for overseas reconnaissance. But climate change has helped make crisscrossing California gathering video a new fall tradition for the 163rd Attack Wing. Its drones have helped map wildfires every year since 2017, thanks to special permission from the secretary of defense.

Normally, National Guard analysts review that wildfire surveillance video to create maps, a process that takes as long as 6 hours. This year, the Pentagon is testing artificial intelligence algorithms that scan the video and automatically generate maps of the fires in minutes. Call it cartogr-AI-phy. Results have been promising, and the California Department of Forestry and Fire Protection, known as CalFire, used the maps to help its response to the Creek Fire, near Yosemite National Park. The software could be rolled out broadly in next year’s seemingly inevitable wildfire crisis. The project may also help the Pentagon build AI muscle that can be flexed on other missions, whether it be hurricane relief or mapping enemy movements.

Fighting wildfires is a multidimensional logistical hell with the challenge of mapping fast-moving flames in rugged terrain at its tangled heart. CalFire has traditionally updated its maps overnight, using ground and air observations called or radioed in by firefighters and spotters. This season’s conflagrations have advanced as fast as 15 miles in a day, though, and delayed or out-of-date maps put personnel and vehicles at risk, because they could end up in the wrong place at the wrong time, with tragic results.

In recent years the drones have sped up this mapping process. Footage from MQ-9s—the same model that killed Iranian general Qassim Suleimani early this year—is beamed down to National Guard analysts. They mark the boundary of active burns using the line-drawing tool in Google Earth and flag smaller “spot fires” that may need attention.

That process can make new maps in three to six hours—pretty good, but still enough time for a speedy fire to advance miles. In 2018 the Pentagon’s new Joint Artificial Intelligence Center, known as the JAIC, began working on using AI to map fires more quickly. (The unit was created to widen military use of AI with help from technology companies.)

Sat Oct 3 , 2020
Today the US Patent & Trademark Office published a patent application from Apple that Introduces a simple but neat feature coming to HomePod. Apple invents a way to allow the HomePods in your Home to become HomePhones, hands free and simple. Well, at least in theory.   Sometimes it’s […] 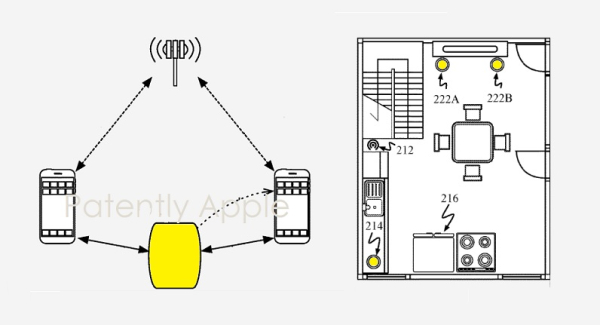