The Pathless, an epic mythic adventure game from Annapurna Interactive and Giant Squid (makers of Abzu), is coming to Apple Arcade and the new PS5 on Nov. 12. The title is perhaps the most anticipated for Apple’s gaming subscription service to date, finally joining its growing catalog of over 130 games. Aside from its intriguing story, The Pathless is one of the Apple Arcade titles expected to feel most like a traditional console game. It will also be available on the PS4 and in the Epic Games Store.

Earlier this month, CNET got a look at some of The Pathless gameplay before its release with creative developer Matt Nava on Discord. Nava began the demo about 20 minutes into the game and played for about a little over 30 minutes. Previously, Nava had only showed off a few minutes of gameplay during PlayStation’s August State of Play broadcast.

In The Pathless, you play as the Hunter, traveling to a mysterious, cursed island inhabited by corrupt spirits. Along with your eagle companion, you must defeat the evil to bring back the light. This task is just as big as it sounds, but you get to do it in a gorgeous open world. Flowers and grass sway in the breeze, and mist hovers in the trees as beams of sunlight cut through.

Immersing players in a myth was one of the team’s design goals, and folklore played a big part in the game’s creation, Nava said during the demo.

“We wanted to give you the sense that you’re living a larger-than-life legend,” Nava said. “We have a lot of influences from Mesoamerican to Arthurian legend, and a whole lot more.”

Navigating the world of The Pathless is unlike the experience in other Apple Arcade games. Instead of just running, which can get boring fast with a controller, the Hunter uses her bow to get around. As you run, you can fire to hit floating targets. The more targets you hit, the faster you can run. The Hunter hits with 100% accuracy, so the skill comes more in the timing. Nava said it’s all about finding your rhythm.

Your eagle can also help with travel. While you explore the island, be on the look out for Secrets, which will unlock Crystals. Collecting crystals upgrades the eagle’s ability to flap. Along the journey, you’ll have to make sure your eagle is protected.

Since your eagle is essential to your mission — travel, puzzles and the boss fights — the evil spirits are always looking for ways to separate you from the creature.

“The bond between the Hunter and the eagle hangs in the balance in the narrative. It’s something that you have to fight to protect as you go through the game,” Nava said. “It’s something that will hopefully affect people, and they love the bird. We put a lot of love into it.”

Players will notice there isn’t a map or fast travel option in the game. Nava said this was intentional. Removing a map lets players stay immersed in the world, having more opportunities to explore, and discover intricate puzzles are built into the very architecture itself. Players aren’t totally left in the dark though: The Hunter is equipped with a Spirit Mask, a “sonar” style hint system that shows where you’ve been and where you might want to go.

Depending on how you play, you can design your own path: The character’s motion is directly linked to the world’s design. The developers believed fast travel is a solution to a slow character, so the team made the Hunter fast to start, Nava said.

“As you unlock more area, your ability to traverse that area also unlocks,” Nava said.

Read more: From The Pathless to Fantasian: All the Apple Arcade games we can’t wait to play

You’ll also be able to play The Pathless on the upcoming PS5, which you can now preorder (when stock is available).

As far as translating the game from PS5 to Apple Arcade, Nava said the graphics might not be as grand on Apple’s service — fewer trees and flowers — since it’s a big game. But the team made some cool changes so iOS users can play longer on mobile devices without getting fatigued. For example, The Pathless will use an autorun toggle if you’re playing on a touchscreen. This means, you’ll tap or swipe as you go to run and steer.

There’s a short new trailer for The Pathless, with the release date and the other platforms the game will be available on.

Isolation and anger: How the coronavirus pandemic challenges Oregonians with developmental disabilities

Sat Oct 10 , 2020
Judy May realized she needed help when she heard her 53-year-old son, who has Down syndrome, sobbing in his room after yet another shouting match over the blue Oxford shirt he refused to change. May, 80, had been caring for her son for about a year and a half after […] 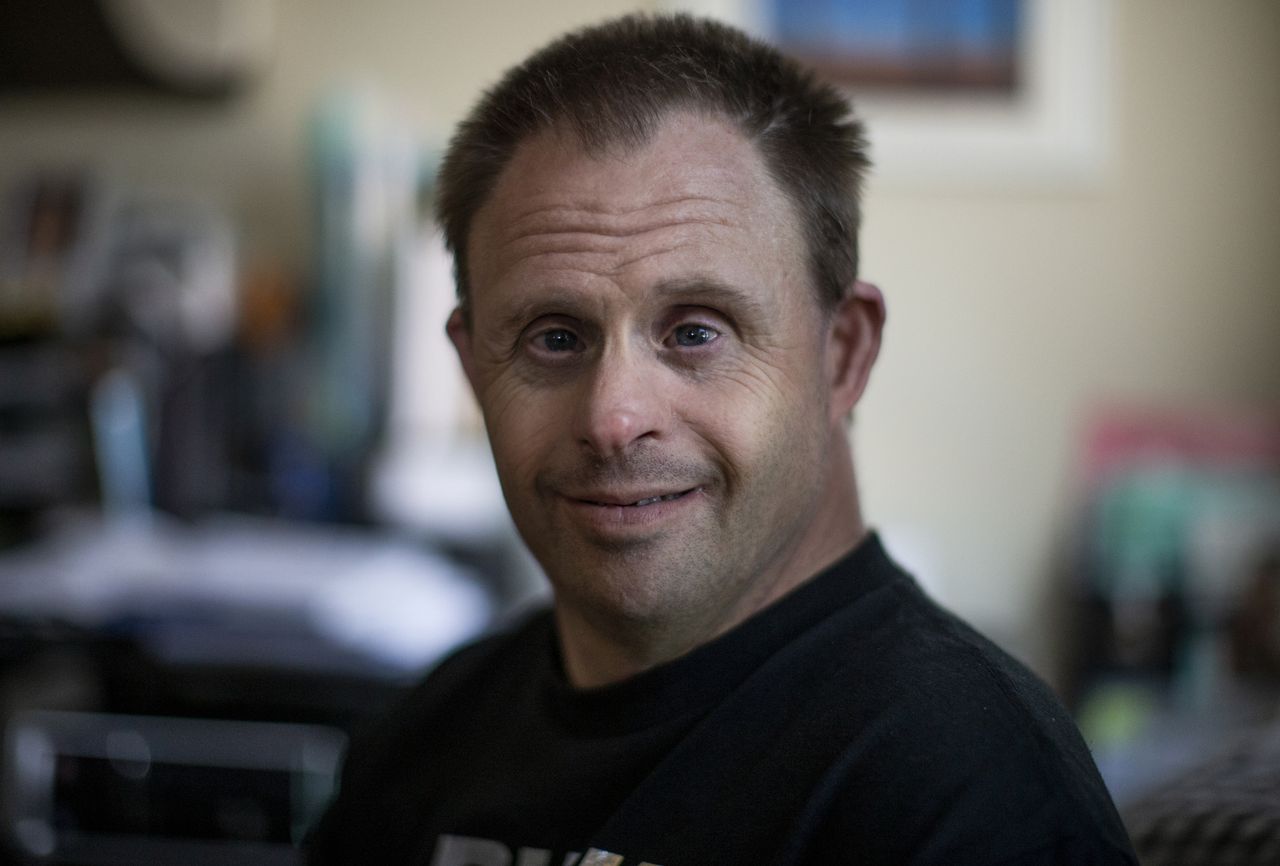