It was only five years ago that Epic Games’ Josh Adam and Bill Bramer were onstage at Apple’s WWDC demoing Fortnite and talking about how incredible the iOS platform is for developers. Unless you’ve been hiding under a rock, you know where this is going. The legal and public relations […]

It was only five years ago that Epic Games’ Josh Adam and Bill Bramer were onstage at Apple’s WWDC demoing Fortnite and talking about how incredible the iOS platform is for developers. Unless you’ve been hiding under a rock, you know where this is going.

The legal and public relations battle that Epic launched against Apple for delisting its app from their stores demonstrates a clear rebellion against the power of the platform that it once headlined.

Epic Games isn’t David fighting Goliath. Sure, it’s fiscally insignificant compared to Apple: revenue of $4.2 billion in 2019 versus Apple’s $260.2 billion. But we’re still talking billions, and it will have an impact far beyond these two companies.

In the beginning, Epic looked like it was taking a stand against injustice and representing all gaming companies who suffer that 30% cut in revenue on all in-app transactions. But the longer this goes on, the less explicitly noble Epic looks. It’s attempting to turn its users against Apple, which has seemingly backfired. Turns out, if someone cares about playing Fortnite, they will just use other platforms.

What matters now is how this impacts everyone else, and I’m not talking about gamers or gaming companies.

Brands started seeing the opportunity in apps a decade ago and have been releasing their own IP; now, with the pandemic creating a huge boost in mobile commerce (nearly $300 billion this year), there is a huge opportunity to capture not just attention and brand loyalty but dollars as well.

But branded apps, just like games, live within the walled gardens of the app stores. And the companies who run these stores have their own set of rules — and Apple, in particular, is done being lenient.

Prepare to face the 30% fee for in-app purchases

When it comes to games, Apple will continue to put its foot down and demand its fee or place an extremely high logistical bar, but when consumers use the Airbnb app to book a stay or Uber/Lyft to book a ride, Apple doesn’t take 30% of that payment. Nor does it charge 30% on top of a Walmart, Amazon, or takeout food order. This is a big part of Epic’s argument around its direct purchase of V-Bucks: Apps like Nike SNKRS, Best Buy, and Fandango allow for direct purchases, so why can’t games?

Apple says it’s because these are (mostly) tangible goods and services that are being used in the offline world, that is, not used in the app itself. But Basecamp had to back down with its email app HEY, and COVID-19 also forced several apps to pay Apple’s tithe or have nothing to offer at all. If Apple gets a clear cut victory over Epic, it may indeed call its cut a “processor fee” and look to leverage it in other situations that brand apps are more familiar with.

Brand publisher or advertiser, both will face fallout from iOS 14 changes

The 30% cut for IAP is high – so high that many smaller developers that don’t have deep pockets like Epic Games will not make enough to survive without advertising as part of their revenue model. What used to be additive is now a core monetization practice.

Apple is not a fan of in-app ads. It believes these lowers the quality of the platform as a whole, and perhaps most important, it does not make money from in-app ads. Enter the (delayed) changes to iOS 14, where removing a key revenue driver for ads (IDFA) in the name of their “privacy as a feature” value proposition will place app publishers and advertisers in a bind.

You must play by Apple and Google’s rules, even if they change

Previously, Apple was the voice of the developer; most app publishers were even Apple fanboys who thought the platform could do no wrong. Those days are now gone, and many developers believe that Apple’s garden has grown beyond their ability to transparently manage it – and that it costs too much to play in that garden.

Monopoly (or duopoly) argument aside, it now stands that anyone who has an app, whether you are a large gaming company like Epic, a small, independent app developer or a Fortune 500 brand, must be more aware of the terms of service of the app stores, and abide by them. Apple is officially done with humoring legal scholars’ interpretations of their “laws,” and they will not turn a blind eye to violations of any kind, from anyone.

Jonathan is AdColony’s senior director of global marketing and communications.

Mon Oct 12 , 2020
If you want to buy any new product, then you can head on to the Flipkart Big Billion Days Sale and get up to 80% off on smartphones, TVs, and other electronics products. Besides tech, a range of other product categories such as fashion, beauty, and more will also be […] 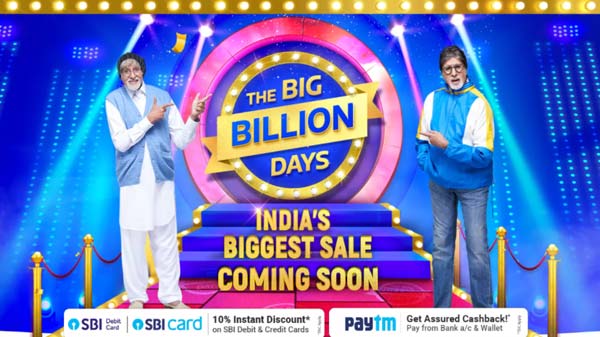