© Jeremy Pelzer, cleveland.com/cleveland.com/TNS Attorney General Dave Yost said Energy Harbor, which owns the Davis-Besse and Perry nuclear plants, should join former parent company FirstEnergy Corp. in testifying before state lawmakers about whether the plants are in need of a controversial $1.3 billion public bailout. Subscribe to the Wake Up, […]

© Jeremy Pelzer, cleveland.com/cleveland.com/TNS
Attorney General Dave Yost said Energy Harbor, which owns the Davis-Besse and Perry nuclear plants, should join former parent company FirstEnergy Corp. in testifying before state lawmakers about whether the plants are in need of a controversial $1.3 billion public bailout.

Subscribe to the Wake Up, cleveland.com’s free morning newsletter, delivered to your inbox weekdays at 5:30 a.m.

It will be partly sunny and cool today, with a high around 61, but there are chances of showers during the afternoon. Showers are likely overnight and thunderstorms are possible. Temps will dip to the upper 40s. Read more.

Nuclear plants: Attorney General Dave Yost is urging state lawmakers to have Energy Harbor and FirstEnergy Corp. representatives testify before legislative committees and disclose whether two nuclear power plants set to receive a $1.3 billion ratepayer bailout actually need the money. Jeremy Pelzer reports that Yost wrote in a letter to legislators that the corporations “owe it to the legislature and the public to appear before the committees and provide a detailed financial accounting of their operations.”

Ballot boxes: Ohio Secretary of State Frank LaRose will allow the Cuyahoga County Board of Elections to have its staff collect absentee ballots on Chester Avenue in an attempt to prevent what a federal judge called “a catastrophe” for residents seeking to turn in their votes. John Caniglia reports LaRose approved a portion of the board’s plan that allows staffers to collect ballots in a parking lot at 3100 Chester Ave., according to filings late Wednesday afternoon in federal court in Cleveland. The lot is adjacent to the board’s offices.

Free coronavirus updates by text: Sign up to receive free text message from cleveland.com with daily updates on COVID-19, including confirmed cases, event cancellations, scientific information and more. You can even text us back with your comments and questions. Text 216-279-7784 or visit https://joinsubtext.com/ohiocoronavirus to get started.

This Week in the CLE: What just happened in the first presidential debate, held in Cleveland? We’re parsing the stupefying back-and-forth between Joe Biden and Donald Trump on This Week in the CLE, cleveland.com’s daily half-hour news podcast.

Cleveland numbers: The Ohio Department of Health confirmed that 12 new cases of COVID-19 coronavirus were found in Cleveland, Robert Higgs reports. No new deaths were reported. There have been 5,489 confirmed cases in Cleveland since March.

Tower lights: The owner of Terminal Tower sent a cease-and-desist letter to United Steelworkers after the union projected a “Biden Harris” light display on the iconic downtown building, Courtney Astolfi reports. K&D Management Group described the move as a “hijacking” of the tower, which strives to be non-political and non-controversial in its owner-sanctioned light displays.

Email snafu: The Cuyahoga County Board of Elections on Wednesday accepted the resignation of a manager responsible for allowing emails to be sent last week that erroneously informed prospective poll workers that they would not be needed on Election Day, Courtney Astolfi reports. Henry Curtis, co-manager of the department overseeing poll worker recruitment, will leave in two weeks.

Elections dashboard: The Cuyahoga County Board of Elections intends to roll out this week a publicly accessible dashboard showing the status of poll-worker recruitment and other open positions related to the Nov. 3 election, Courtney Astolfi reports. Board Deputy Director Shantiel Soeder said during a Wednesday board meeting the dashboard should be available on the homepage of the board’s website by this morning. It is expected to be updated twice a week.

Flipped off: Shaker Heights police placed an officer on paid administrative leave after he flipped off a group of protesters marching before Cleveland’s presidential debate, Adam Ferrise reports. The city refused to provide the officer’s name, and declined to say why.

Fact check: At Cleveland’s presidential debate, Donald Trump and Joe Biden had their say, but not always with context or sometimes even facts to back up claims made during Tuesday’s presidential debate in Cleveland. Rich Exner gives more context to five topics covered. For example: Ohio did not have “the best year it’s ever had.”

Jackson’s take: Mayor Frank Jackson and leaders of his safety team thanked both police and protesters for allowing Cleveland to shine while the nation watched the first presidential debate. Robert Higgs reports the mayor said the city’s goal was “to ensure a successful debate in terms of what happened externally to the debate venue itself and we were able to accomplish that.”

Whistlestop tour: Democratic former Vice President Joe Biden continued his line of attack on Republican President Donald Trump from Tuesday night’s debate – albeit with much less interruption – questioning whether the president truly cared about the average American as he embarked on a train tour of Ohio and Pennsylvania. Seth Richardson reports the former vice president known for his affinity for Amtrak rented an Amtrak train for the jaunt through the two states.

RTA lawsuit: The Greater Cleveland Regional Transportation Authority agreed this week to settle a lawsuit filed by a former employee who said the agency’s current second-in-command retaliated against her by firing her in 2016 after she accused him of mistreating her because she is Hispanic. Cory Shaffer reports that both sides have until late next month to finalize the settlement and formally dismiss the complaint. The terms of the settlement are not included in court filings this week.

Great Lakes: The U.S. Environmental Protection Agency on Wednesday invited applications for $5 million in “Trash Free Water” grants the Great Lakes Restoration Initiative made available for projects that use mechanical devices, vessels, and other technology to clean up and protect Great Lakes harbors and waterfronts from trash, reports Sabrina Eaton.

Painesville shooting: Two people are dead, and two others suffered injuries Tuesday in a shooting in Painesville that a neighbor said happened during the recording of a music video, Olivia Mitchell reports. Painesville police would not say as of Wednesday if investigators made any arrests, if there are any suspects, how many people were involved in the shooting and whether the shooter remains at-large.

Murder conviction: The Ohio Supreme Court ruled Wednesday that the woman convicted of felony murder for the 2017 killing of 5-year-old Ta’Naejah McCloud was not entitled to have a jury consider a lesser charge of reckless homicide. Laura Hancock reports the court’s unanimous decision of Ursula Owens’ conviction in the death of Ta’Naejah upholds the rulings of the Ohio Eighth District Court of Appeals and Cuyahoga County Common Pleas Court.

Man drowns: A man drowned Tuesday in Lake Erie, Adam Ferrise reports. The man’s body was found about 2:40 p.m. off the shores of the lake near Canterbury Lane in the city’s North Shore-Collinwood neighborhood. The man has not yet been identified.

Edwins Too: Brandon Chrostowski has signed a six-month deal with a five-year option to operate Edwins Too, a new restaurant in the Shaker Square space formerly occupied by Fire Food and Drink, Marc Bona reports.

Royal slang: Emma Corrin and Josh O’Connor from Netflix’s “The Crown” school us in royal slang on cleveland.com’s sister site, Vanity Fair. From “elevenses” to “Operation London Bridge,” Emma and Josh sound like “blue blood” in this episode of Slang School.

Trick-or-treat: Costumed kids can trick-or-treat in many communities across Northeast Ohio in 2020 amid the coronavirus after all. Brenda Cain canvassed the seven-county region to find out which cities are holding trick-or-treating.

Thu Oct 1 , 2020
Concord Youth Theatre (CYT) announces expanded online and in-person fall programming for children of all ages and skill levels, with instructors with deep talent and industry experience as well as newly implemented health and safety guidelines to meet Covid-19 precautions. “While we were forced to pause our spring and summer […] 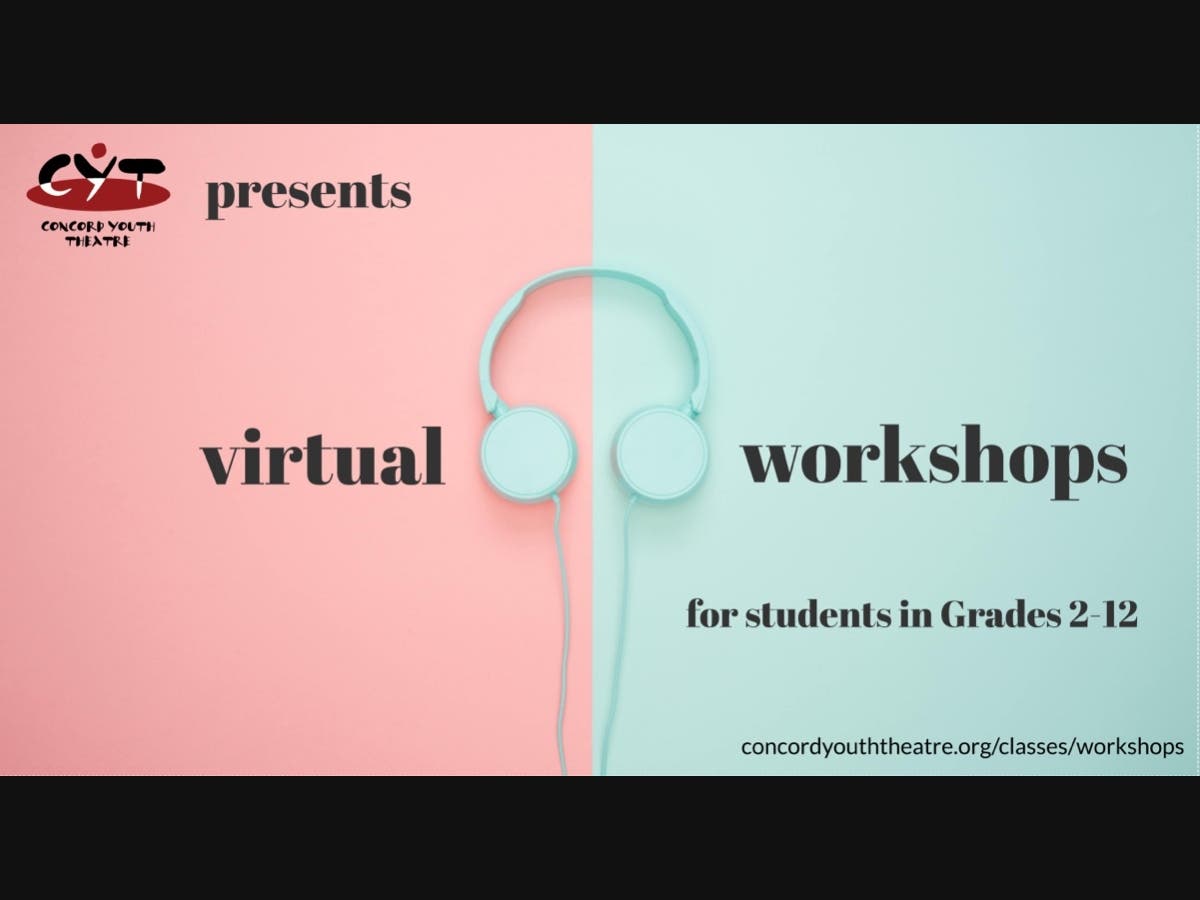