A well-known network informant under the nickname Ice Universe, who often shares reliable and exclusive information about new products in the smartphone industry, has published an interesting video with a small accompanying description. This smartphone can change the color of its back panel According to the insider, a smartphone manufacturer, […]

A well-known network informant under the nickname Ice Universe, who often shares reliable and exclusive information about new products in the smartphone industry, has published an interesting video with a small accompanying description.

This smartphone can change the color of its back panel

According to the insider, a smartphone manufacturer, whose name is still kept secret, is developing an interesting device from a design point of view. The back panel of this smartphone can be discolored, and users can adjust the speed of this process.

The camera unit of this smartphone is sealed. So at the moment, it is difficult to even guess which manufacturer is engaged in this development. You can only see that the camera unit protrudes above the surface of the rear panel. There are some rumors that Numbia is the developer of this technology, which has previously released a smartphone with a second screen on the back.

Smartphone production records the largest decline in the Q2 of 2020

The COVID-19 pandemic has forced governments around the world to close borders and impose regional lockdowns, resulting in a significant decline in GDP. The slowdown in economic and social activity has had a significant impact, in particular on the smartphone market. TrendForce estimates that 286 million of these devices were manufactured in the second quarter, up 2.2% from the previous quarter, but 16.7% less on an annualized basis, the largest drop in industry history.

Analysts expect the relaxation of restrictive measures and economic stimulus policies to create consumer demand by some governments will help support the recovery of the smartphone market in the second half of the year. The volume of production in the current quarter is to reach 335 million units. This figure is 10.1% lower on an annualized basis, but is in line with a 17.2% increase over the previous quarter.

Counterpoint: Smartphone sales in Europe declined 24% YoY in Q2 due to COVID-19 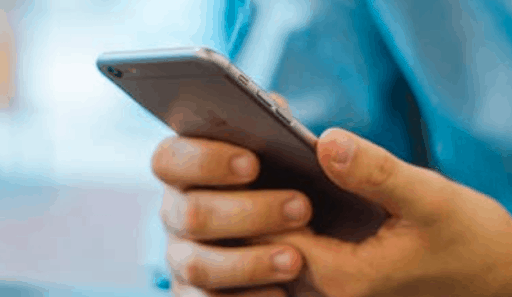 With many companies publishing their results during the second quarter of 2020, Counterpoint Research couldn’t be out of the part. According to the market research company. The European market of smartphones saw a significant decline of 24% from the same period last year in Q2 2020. Moreover, the report reveals a 22% quarter-on-quarter decline in the same period. Of course, it’s easy to understand, since COVID-19 is still here and there affecting our lives. It certainly affected the demand for smartphones in several ways. According to the report, Eastern Europe had shown somewhat an immunity to the pandemic. However, in the second quarter of 2020, we could see a decline of 24% YoY.

The lockdown measures imposed by some countries in Europe managed to flatten the curve of COVID-19. However, at the same time, it slowed the smartphone market growth. It could be even worse if it weren’t the e-commerce channels open to keep the smartphone market from flourishing. Even markets that faced an intense lockdown like Italy and Spain managed to sell smartphones thanks to the online retailers. With the easing of the lockdown, this quickly increased the number of smartphones sold in the region.