By Stephanie Nebehay and Cecile Mantovani GENEVA (Reuters) – Protesters are being tortured in police stations across Belarus, where authorities have failed to open investigations, human rights experts said on Wednesday, holding a press conference in Geneva where alleged victims spoke by video link from Minsk. The Belarus interior ministry […]

By Stephanie Nebehay and Cecile Mantovani

GENEVA (Reuters) – Protesters are being tortured in police stations across Belarus, where authorities have failed to open investigations, human rights experts said on Wednesday, holding a press conference in Geneva where alleged victims spoke by video link from Minsk.

The Belarus interior ministry did not immediately reply to a Reuters request for comment. In the past, the Belarusian authorities have said the police are humane and professional, but have declined to comment on specific allegations of abuse which are under review.

Some 7,000 protesters have been detained since President Alexander Lukashenko retained power after a disputed presidential election on Aug. 9, said the Geneva-based World Organization against Torture (OMCT) and Spring, a human rights group based in Minsk.

More than 500 people had provided testimony of torture, which may be “only the tip of the iceberg”, said Gerald Staberock, OMCT secretary-general.

“The key issue here is that what we have seen after the election unfolding is systematic, planned and intentional torture, used by the State,” Staberock told Reuters Television.

“We see clear evidence of a planned and organised type of violence, a policy of cruelty, you could call it.”

In an investigation published earlier this month, Reuters interviewed 12 people who said they had been abused in custody. Medical records from six of them showed injuries including external and internal bruising, traumatic brain injury, concussion and a vertebral fracture.

U.N. human rights investigators said on Sept. 1 that they had received reports of hundreds of cases of torture, beatings and mistreatment of anti-government protesters.

Valentin Stefanovich, deputy chair of Spring, speaking from Minsk, said the group had recorded more than 1,000 complaints of abuse by police, none of which had resulted in a case being opened.

Detainees had been “beaten with batons, maltreated, injured, (causing) bone fractures, wounds and massive bruises, and electrocuted with stun guns and shot with rubber bullets,” he said. “The detainees were deprived of sleep, hygiene products, food and water, denied medical assistance and necessary medicines.”

Three alleged victims — two men and a woman — addressed the briefing from Minsk via video link, with their faces out of the frame. They said police had beaten and mistreated them in detention centres.

“Frankly speaking I don’t remember what I signed because I was under threat of electroshock,” said one of the men.

Thu Oct 1 , 2020
A deep appreciation for a photographic collection recounting Israel’s early years pushed Ben Peter to try to restore The Photo House, his grandparents’ Tel Aviv storefront with an archive of some one million photos taken in pre-state Israel. Now a costly relocation back to its original 1936 site, coupled with […] 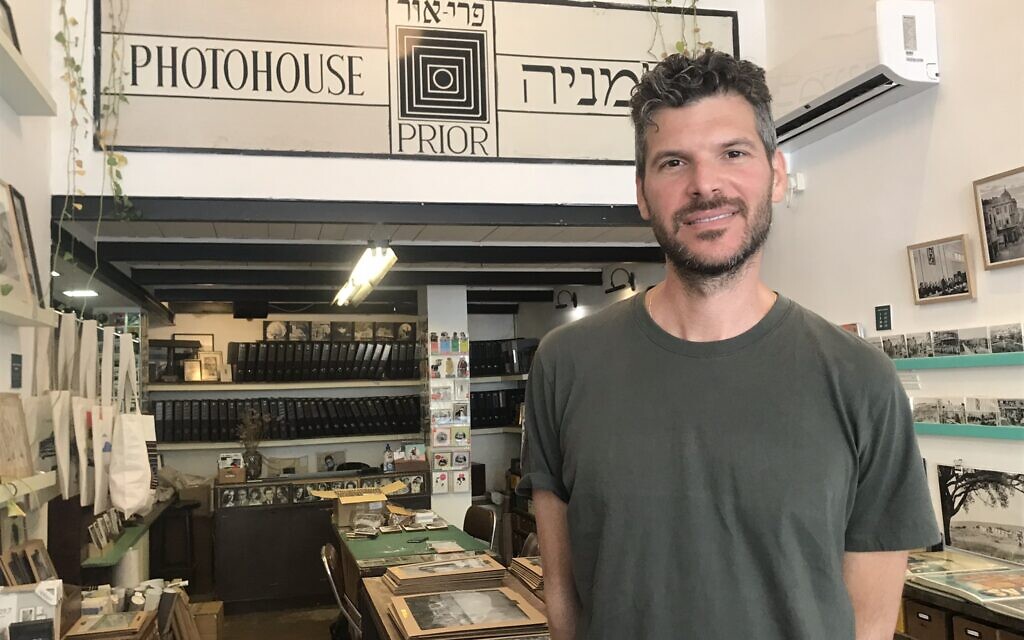