A group of University of Tennessee engineering students is getting real world remote work experience in a competition to design the United States Army’s next new drone.

Team Vol Air, made up of four undergraduate students and three graduate student mentors, has been working on the drone’s structure for more than a year, as part of the FirePoint C3 challenge.

They’re getting real government money to do their work and. more than that, a first taste of what it’s like to work in a global industry that relies on skill sets based in remote locations.

“You’re used to mocking up designs on whiteboards in one room,” said graduate mentor Alex Stiles. “In this new sort of world, we’ve had to readdress how we do the design process and collaborate virtually. I think it’s good to get that experience now, because I think virtual and remote collaboration is going to become more regular in the future.”

The team began working on the project in September 2019 with a $10,000 grant. As they progressed in the competition, their design backing increased to $35,000.

University of Tennessee engineering students created this computer-aided design model of a drone they are designing for the United States Army. The computer model allows the team to establish manufacturing dimensions and sizing for individual drone components and perform mechanical simulations to test their design and processes. (Photo: Submitted by Team Vol Air)

But, by spring 2020, the students had to change their workflow as the COVID-19 pandemic forced them to continue their work remotely.

“We wanted to focus on the structure, because UT is good in advanced manufacturing and composite (mixed material manufacturing) because of our campus lab and our connection with Oak Ridge National Laboratory,” said Jackson Wilt, one of the graduate student mentors on the team.

The UT students are collaborating with two more teams from other universities, who are working on the drone’s lift and propulsion.

“That’s important for flight because there’s a maximum takeoff weight and payload has to be accounted for,” he said.

The more an aircraft weighs, the more energy it will consume. So, the students have incorporated three flight systems to make the drone even more fuel-efficient.

The drone gets its initial lift from a small hydrogen blimp. The blimp brings it to altitude, preserving fuel for bringing for long missions.

University of Tennessee students are designing a drone for the United States Army. This prototype of part of the drone features a capsule containing its turboelectric component. (Photo: Submitted by Team Vol Air)

“This bouyant force allows it to reach altitude and stay there for an extended period of time,” said undergraduate student Sam Boto. It also has fixed wings to cruise, and propellers, like those seen on the more common quad-copter drones.

“Once it’s at altitude, it can be released and perform a mission and return to a specified location as a fixed wing aircraft.” Boto said.

Those missions could include surveillance, reconnaissance, or even cargo drops for troops in remote areas.

The team has ordered materials and is set to begin constructing their drone prototype soon.

Thu Sep 24 , 2020
Mark Zuckerberg appears to be unfazed by the photo of him surfing that went viral this summer.  The Facebook CEO addressed the jokes and memes surrounding the photo, in which he appears slathered in sunscreen, during a company-wide Q&A, according to leaked audio obtained by The Verge. “I’m not a […] 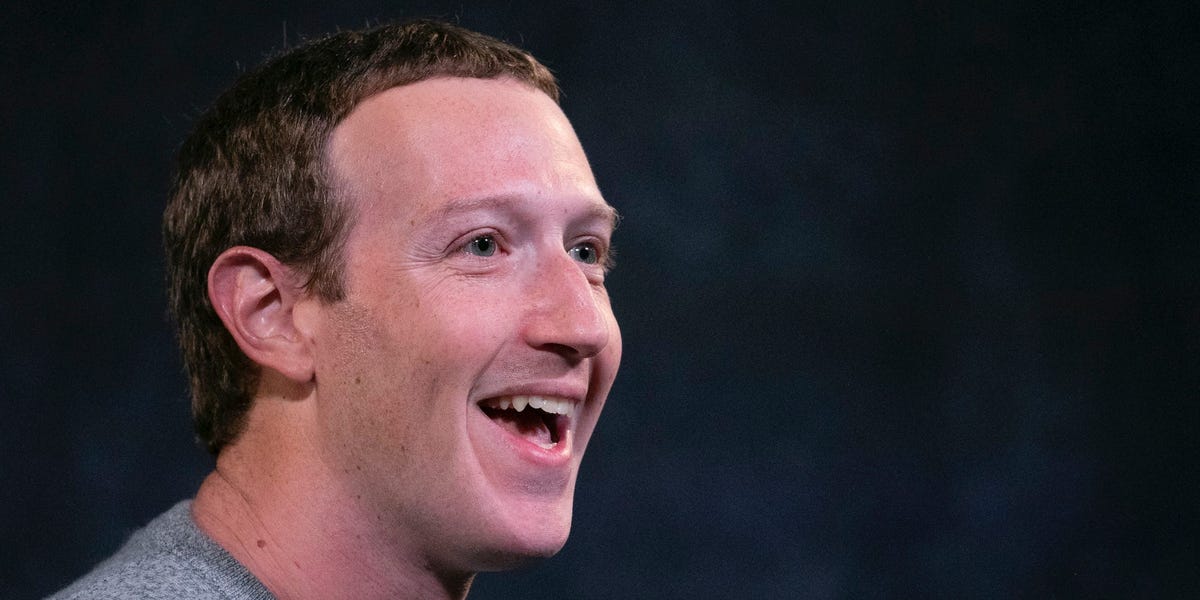