© Courtesy of Virgin Hyperloop Virgin’s Hyperloop Could Mean a 30-Minute New York-to-D.C. Journey Load Error Virgin Hyperloop, a zero-emission ultra-fast transportation technology, just came one step closer to becoming a reality. The company announced today that it will start construction and development of the hyperloop technology at a new […]

Virgin Hyperloop, a zero-emission ultra-fast transportation technology, just came one step closer to becoming a reality. The company announced today that it will start construction and development of the hyperloop technology at a new site in West Virginia as it continues to work toward getting the necessary regulatory approvals for commercial operations.

West Virginia will be home to what is called the Hyperloop Certification Center, Virgin Group founder Sir Richard Branson announced in a release.

“The Hyperloop Certification Center is the start of the hyperloop journey for West Virginia, for the United States, and for the world. We’re one step closer to making hyperloop travel a reality,” said Branson.

West Virginia Governor Jim Justice said that the development of the Hyperloop technology is the “next step forward for transportation.”

© Courtesy of Virgin Hyperloop
Hyperloops use electric propulsion and electromagnetic levitation within a tube-like vacuum.

Hyperloops use electric propulsion and electromagnetic levitation to move pods within a tube-like vacuum, creating an extremely fast and efficient mode of transportation. The system has the potential to move passengers or cargo at a speed of up to 670 miles per hour (for comparison, high-speed Acela trains run at 150 miles per hour, and Japan’s high-speed bullet trains run close to 200 miles per hour). That means you could travel the 230 miles from New York to Washington, D.C., in less than half an hour. And the 382 miles from Los Angeles to San Francisco would take only 43 minutes, versus a 90-minute flight or six hours by car.

It is also a zero-emission transportation technology because the hyperloop is fully electric.

The Hyperloop Certification Center will be a construction and innovation hub for the high-speed transportation system and will include a test track.

Tesla and SpaceX CEO Elon Musk brought Hyperloop into the spotlight when he first proposed plans for the futuristic technology in 2013. Musk has been hosting regular hyperloop design competitions as he continues to search for the best design for the pods that travel through the tube-like transport system.

In July 2020, the U.S. Department of Transportation (DOT) unveiled regulatory guidance for the development of advanced transportation technologies such as hyperloops in the United States. The move paved the way for hyperloop regulations to be developed, for federal funding eligibility, and ultimately for hyperloop technology to become a real transport option in the United States.

“These formerly abstract ideas, evocative of science fiction, have now matured into physical prototypes and project proposals. Inventors, investors and stakeholders are ready to build out these technologies,” wrote DOT Secretary Elaine Chao in the DOT advanced transportation mandate.

Chao developed a new Non-Traditional and Emerging Transportation Technology Council tasked with allowing high-tech transportation innovations such as hyperloop to ultimately come to fruition as long as they prove themselves to be a safe and viable option.

“Particularly as we look to emerge from the COVID-19 crisis, it’s clear that we need a 21st-century solution that will propel us forward, allowing us to not just rebuild, but actually evolve,” said Jay Walder, CEO of Virgin Hyperloop.

Virgin Hyperloop aims to achieve safety certification by 2025 and begin commercial operations by 2030. The company is working with states across the country with the ultimate goal of connecting the country from coast to coast. In 2017, Virgin Hyperloop created a 500-mile hyperloop test track in the Nevada desert where hundreds of trials have taken place.

>> Next: Several High-Speed Train Routes Are Coming to the United States

Mon Oct 12 , 2020
The number of GNSS constellations, satellites and signals is constantly growing. The threats to GNSS — from unintentional radio frequency interference (RFI), jamming, spoofing, multipath… and Federal Communications Commission rulings — are increasing, as are the public’s expectations of GNSS accuracy. All these factors contribute to the need for ever […] 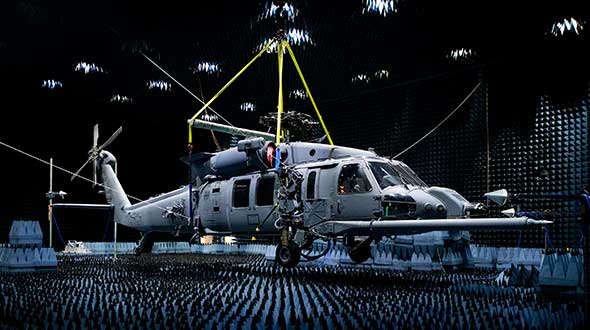