The console wars are about to begin anew with the release of the PlayStation 5 and Xbox Series X. Before the endless chatter comparing every little spec begins, we’ve decided to pit the consoles against their ever-present rival. No, not the Nintendo Switch, we’re talking about the venerable PC. The […]

The console wars are about to begin anew with the release of the PlayStation 5 and Xbox Series X. Before the endless chatter comparing every little spec begins, we’ve decided to pit the consoles against their ever-present rival. No, not the Nintendo Switch, we’re talking about the venerable PC.

The hardware and even the design of both Sony and Microsoft’s ninth-generation consoles are becoming more and more PC-like than ever before. It begs the question: should you wait for the new consoles, or is buying a gaming PC now the smarter decision?

For such a heated topic, we thought it best to present two arguments from each side of the PC/console divide. In one corner, we have the MOBA-loving, PC-building enthusiast Suzana. In the other, there’s Ollie — a career console apologist who would take a gamepad over WASD any day of the week.

Read more: Playstation 5 and Xbox Series X: How do they compare?

Console vs PC: Wait for PS5 and Xbox Series X or buy a gaming PC?

Why you should buy a gaming PC

The first hurdle most aspiring PC gamers have to overcome is a mental one. Building a PC is not the easiest job in the world. If you’re a lifelong console player it may seem extra daunting to move away from the plug-and-play format.

Don’t be afraid, though! Building your own gaming PC is far from something only techies can accomplish. We have already seen plenty of celebrities with no prior experience get the job done, and so can you. There are plenty of online resources from websites that compare part prices to those that have example builds you can easily follow.

Of course, you don’t even have to make a custom rig if you think it’s too much of a hassle. There are plenty of affordable prebuilt PCs and even gaming laptops that can fit your needs.

That said — for me — building a PC is a project worth undertaking. After all, how often do you get to choose every single part that goes into a piece of tech you own? This is the beauty of creating a custom build compared to buying a single-configuration games console. It can be as powerful or as modest as you’d like. You don’t have to spend over $1,000 on a 2080 Ti graphics card if you primarily play indie games with pixel graphics. On the other hand, if you want to create an RGB lighthouse that attracts swarms of moths, that’s absolutely something you can do.

Monitors give you a lot more freedom than you get when hooking a console up to a TV. Curved, flat, big, or small, you can choose between types of panels, refresh rates, and more. For those that enjoy highly competitive games like MOBAs and FPS titles, a 144Hz monitor will boost your performance more than any next-gen console attached to an old flat screen.

I can already hear some of you asking, “but what about the price?” Yes, a decent gaming rig will usually cost more than a console. At the moment, we don’t really know how much either the PlayStation 5 or the Xbox Series X will cost. They’re tipped to be the first consoles that could cross the $500 barrier. It’s also worth noting that a desktop PC can be repaired and upgraded much more easily, meaning it could cost you less in the long run. Not to mention all the other things you can use a powerful PC for, such as video editing, programming, and more.

A long-term investment in a gaming PC will outlive the hype of the next-gen consoles.

Instead of having to upgrade to the inevitable PS5 Pro in five years to get the very best console hardware, with a PC you can just swap out your graphics card, or even your CPU and motherboard if you’re fixing up a really old rig. A top-tier gaming PC will always be more powerful than any games console, and that’s just a fact.

My other favorite aspect of PC gaming vs console gaming is the choice of peripherals. I can play FPS games with a mouse and keyboard, but if I want to use a controller for Dark Souls or fighting games, I have plenty of choices. Aside from Microsoft’s Xbox and PC-compatible gamepads, I can even use the Nintendo Switch Pro controller or one of Sony’s DualShock 4 controllers because they’re both compatible with plenty of Steam games.

Don’t miss: The best PC game controllers you can get

Hardware freedom of choice is far from the only thing PC gaming has going for it. In fact, when it comes to games, you will find more variety on PC than on any console. Competitive free-to-play MOBAs, countless battle royale shooters, MMORPGs, obscure indies, and shiny Triple-A games alike call online game stores their home. Better yet, there are no extra monthly fees for online play — unless it’s a subscription-based game — and sales are frequent. I have to concede that consoles have an advantage with some exclusives, but that is becoming rarer as time goes on. Even famous console franchises like Final Fantasy can now be found on Steam.

PC gamers aren’t confined to one game store front either. You can shop around for the best deal on Steam, the Epic Games store, Origin, Uplay, or get DRM-free games from stores like GOG, Humble Bundle, and Itch.io. The latter specifically is a treasure trove of hidden indie gems that you will rarely find anywhere else.

Backwards compatibility is not an issue either as emulating opens the door to retro games in sky-high definition without the need for remasters or remakes. Modding can also change your experience completely. You only have to look at games like Skyrim to see how much a game can be transformed through community efforts. Without modding, we wouldn’t have games like Counter Strike and DayZ either.

It’s hard to deny how open and accessible the PC ecosystem is. It’s a long-term investment into your gaming hobby and one that’s bound to outlive the hype of the next-gen consoles. — SD

Why you should wait for the PS5 and Xbox Series X

The problem with arguing for a dedicated gaming machine in the console vs PC debate is that a PC does far more than just play games. For example, you can’t build and run an entire home business from it or research and study for a university essay.

This basically throws any potential argument about cost-effectiveness out of the window. Even if it was cheaper in the long-run to buy a new console every five or so years — which isn’t the case if you’re a savvy shopper — a PC is a far more versatile machine than a games console.

Nevertheless, consoles do have some advantages over PC. Let’s start with the obvious one — the games.

Awesome initiatives like Game Pass and Play Anywhere mean that all of the truly great exclusive Xbox One games can be played on a Windows machine. Likewise, Sony has committed to bringing more games to PC. We’ve already seen this with Horizon Zero Dawn and the otherwise PS4-exclusive Death Stranding.

Related: The best PS4 games you can buy

However, there are plenty of amazing console games you just can’t play on PC. From just the current console generation a PC-exclusive player would miss out on incredible PlayStation 4 games like The Last of Us and The Last of Us Part 2, Bloodborne, God of War, Persona 5, Uncharted 4, Shadow of the Colossus, Marvel’s Spider-Man, The Last Guardian, and many more.

PC has its own fair share of exclusives too, but if Triple-A blockbuster adventures are your thing, you’re almost certain to miss out on some of the best if you don’t buy a PS5.

Speaking of PS5, Sony’s two models give buyers the option to go fully digital, but you’ve also got the more traditional disc-based console. Microsoft is also expected to follow this model with the rumored Xbox Series S to go alongside the Series X. Do you know what doesn’t have an option for physical copies of games these days? Yep, PCs.

There are very rare exceptions, but almost all PC games come from digital stores. This means you never really own anything you buy digitally unless you hunt out a DRM-free version. With physical copies, you can trade it in once you’re done to get some money off your next purchase. You’ll also be able to loan it to a friend — as long as Microsoft doesn’t try to pull a fast one again.

Do you know what else you’ll be able to do with friends on a PS5 or Xbox Series X that isn’t anywhere near as workable on PC? Local co-op!

There are technically more games you can play couch co-op on PC compared to consoles, but who really wants to sit huddled around a desktop to smash faces in Streets of Rage 4? Gaming with friends in person is easier and more comfortable sat on a comfy couch with a big TV in front of you. In fact, all gaming is more comfortable that way. Plus, you don’t have to shell out for an expensive gaming chair to complete your setup.

The PS5 and Xbox Series X are more like gaming PCs than any previous console generation.

This brings me to the ultimate reason I’ve never fully entered the waters of PC gaming — simplicity.

Games consoles may be pseudo media centers too, but their primary purpose is still booting up a game and getting straight into the action. While it’s far from the plug-and-play experience of yesteryear, consoles require almost zero effort. You buy a game, you play the game.

With a PC, there’s a ton of things to consider before you even hit play. Which launcher is the game on? Does your PC meet the minimum requirements? Which graphics optimizations are necessary? Do you need to update your GPU drivers before playing? Do you actually need to upgrade your core hardware to get a decent experience?

The PS5 and Xbox Series X are closer to decent gaming PCs in terms of raw hardware and architecture than any previous console generation. While that won’t last for long — or at all thanks to Nvidia, apparently — I’d much prefer to live with slightly fewer pixels and marginally downgraded lighting effects for the simplicity that consoles offer. — OC

Console vs PC: Have your say!

It’s pretty clear there are a variety of pros and cons for buying either a gaming console instead of a PC and vice-versa. Two of our writers have had their say, now we want to hear from you! Which should you buy: a brand new PS5 or Xbox Series X at launch or a powerful gaming PC today? Cast your vote in the poll below.

Infosys and Roland-Garros Empower Players, Fans and Media with New Digital Innovations on Court and at Home

Sat Oct 3 , 2020
Leveraging Infosys’ technology platform, this year’s tournament will deliver a digitally enhanced experience by facilitating virtual experiences and greater access for millions of fans, better training, and analysis among players and coaches, as well as storytelling support for journalists. Intense remote collaboration was required as a result of the ongoing […] 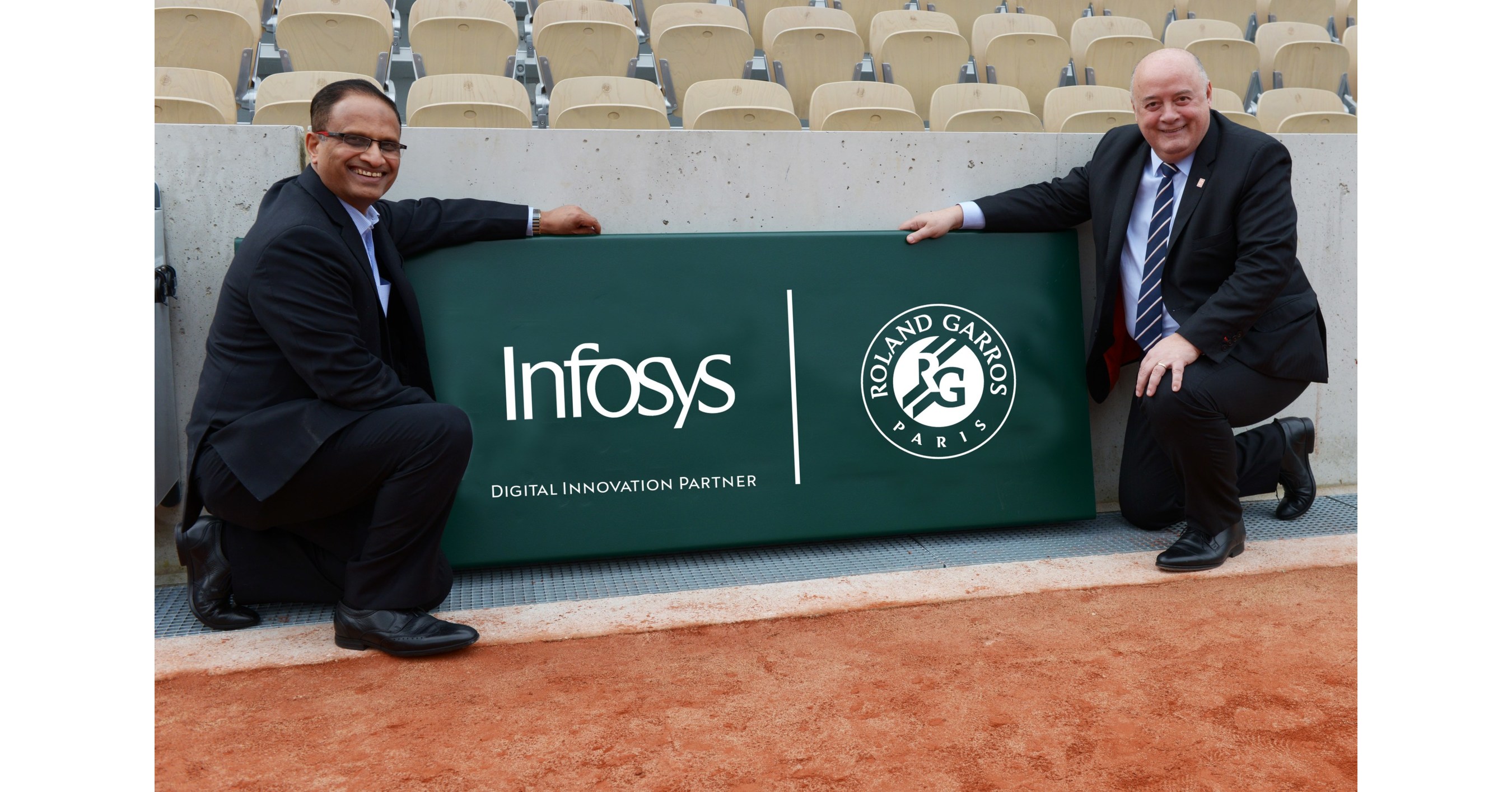