Love&Art announced on Wednesday that the smartphone game for its surfing-themed project WAVE!! will debut this winter. It also unveiled a new visual for the game. The project’s story is set in the city of Ōarai in Ibaraki prefecture, and centers on Masaki Hinaoka, who befriends transfer student Shō Akitsuki […]

Love&Art announced on Wednesday that the smartphone game for its surfing-themed project WAVE!! will debut this winter. It also unveiled a new visual for the game. 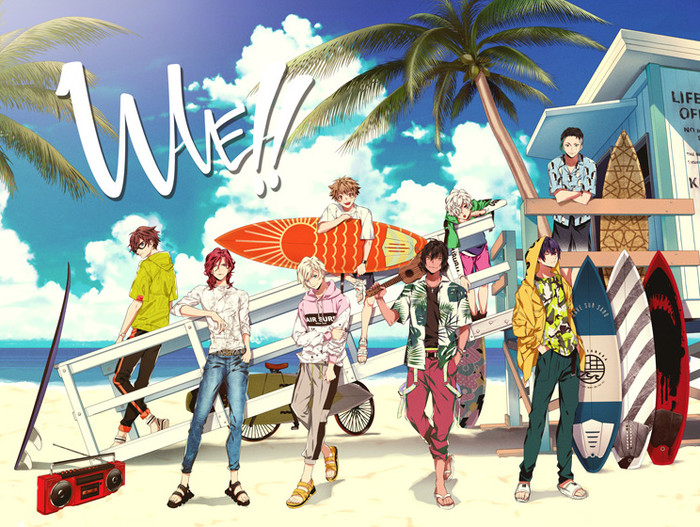 The project’s story is set in the city of Ōarai in Ibaraki prefecture, and centers on Masaki Hinaoka, who befriends transfer student Shō Akitsuki before the summer break, and ends up getting hooked on surfing. Through the sport, Masaki will get to know new friends, and will also drift apart from them in his journey to adulthood.

The cast for the franchise includes:

Tomoaki Maeno as Masaki Hinaoka, a dried-potato-loving young man who was born and raised in Ōarai. He befriended the transfer student Shō, and went along with his hobbies. As a result he got into surfing. He has a great sense of balance, and is progressing in skill, but he is actually a complete beginner at swimming. When he tries to swim, he is often compared to a corgi in water. 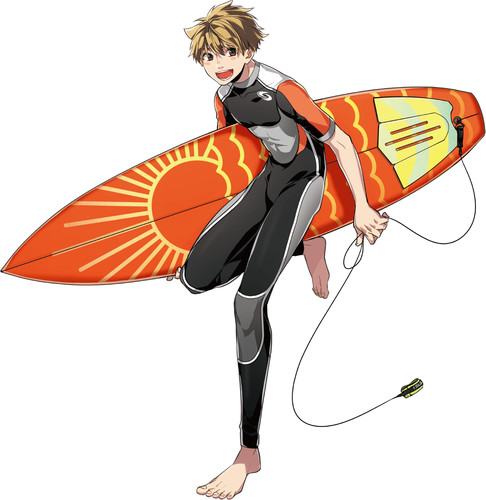 Jin Ogasawara as Shō Akitsuki, who is blessed with intelligence, athleticism, good looks to rival a fairy tale prince, and politeness and a calm demeanor to boot. He is completely obsessed with surfing, and is truly skilled at it, hoping to represent Japan in an international event someday. He has complicated family circumstances, but loves his beautiful mother. 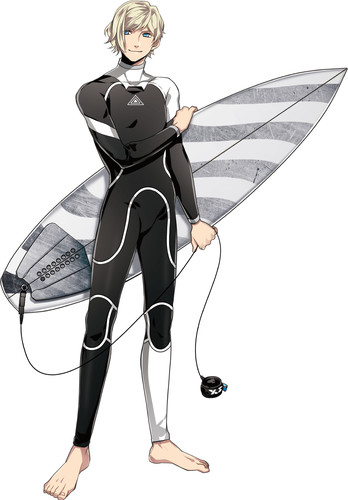 Yoshiki Nakajima as Nalu Tanaka, a boy with a Japanese father who is a geophysicist and researcher, and a free-spirited Hawaiian mother. He is a family friend of the Hinaokas, and has known Masaki since childhood. He loves both surfing and his ukelele, and always rides the waves before going to school. Ever since Shō came and Masaki started surfing, the three of them have been waking up to surf in the early mornings. 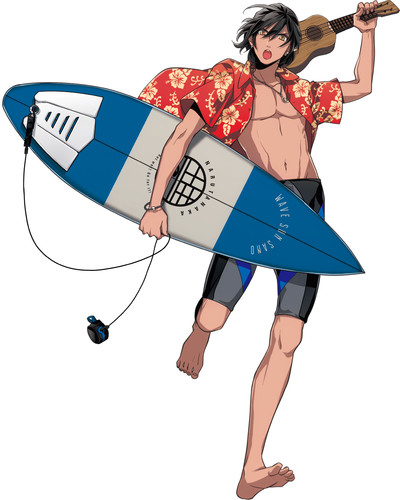 Takuya Satō as Kōsuke Iwana, a serious guy who got really into surfing in Shōnan. He was a former baseball player, but an elbow injury ruined his hopes for the sport. When he discovered surfing and how deep it was, he fell in love with it. Now he aims to become a top surfer, and has never missed a day of practice. Ever since he came to know Yūta, he has trusted him deeply. 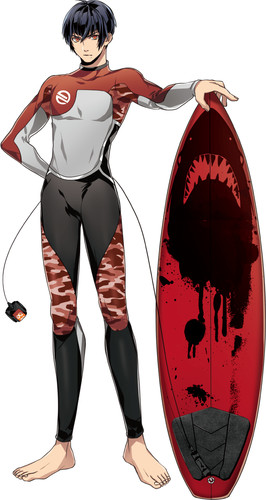 Yusuke Shirai as Yūta Matsukaze, a boy who finds joy in analyzing things, visualizing them, and then efficiently improving them. His parents run a surfing shop, and he has been surfing since childhood as a matter of course. He believes that if he can bring his rigid analysis to the unpredictable world of surfing, he can revolutionize the sport. 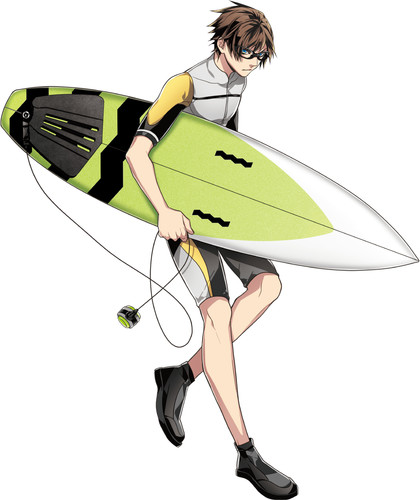 Shunichi Toki as Naoya Kido, a certified country kid who is also a certified otaku, enough that he constantly worries about not being able to watch late night anime on the night they air. He surfs since there is nothing else to do in the country, but once he participated in a tournament and realized that he could go to big cities and actually watch anime, he has become very proactive in surfing, eventually becoming very skilled. He calls his technique “chūnibyō” (spelled with different kanji commonly used by Internet otaku). 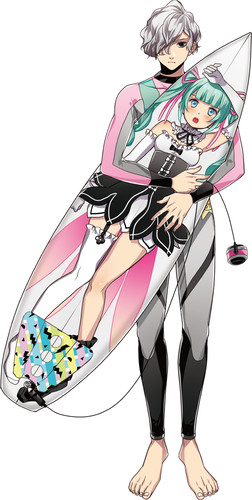 Nobuhiko Okamoto as Rindō Fuke, who is known as Japan’s greatest surfer. His eyes are constantly looking toward a distant horizon that normal men cannot fathom. He has amazing powers of concentration, and the surfing that he executes, forged from top-class training and a body built to perfection, is a wonder to behold. He lives his life according to his own sense of aesthetics as the crowned king of the surfing world. 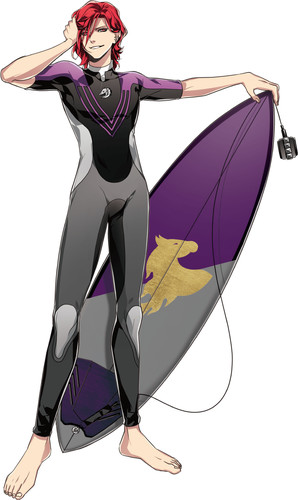 Showtaro Morikubo as Sōichirō William Mori, who hails from one of the world’s wealthiest families. He loves surfing with all his heart, and also loves those who love surfing. He often showers endless support to talented surfers with potential. He has backed Fuke’s advancement in the surfing world, and through Fuke, he hopes to realize his dream. 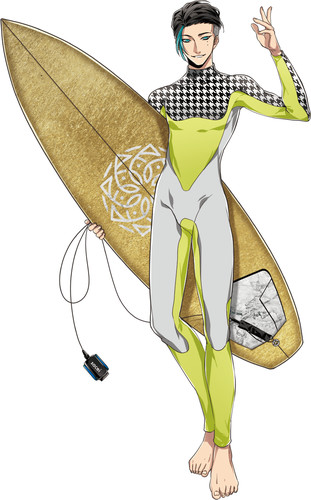 The project also has an upcoming anime film trilogy titled WAVE!! Surfing Yappe!!. The trilogy’s three parts will open one after another on October 2, October 16, and October 30. 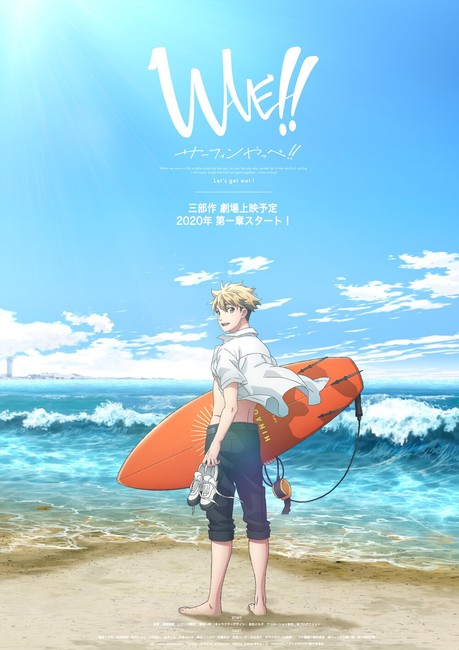 MAGES. is credited with the original work for the anime. Takaharu Ozaki (Girls’ Last Tour, Goblin Slayer) is directing the anime at Asahi Production. Kazuyuki Fudeyasu (Girls’ Last Tour, Black Clover) is in charge of the series scripts, Yomi Sarachi (La storia della Arcana Famiglia, Mermaid Boys, Lostorage incited WIXOSS) is in charge of the original character designs, and Tomoko Iwasa (Hakumei and Mikochi) is adapting those designs for animation.

Iwasa is also serving as one of the chief animation directors with Yūki Ikeda. Kanako Ono is designing the props. Fumino Fujii is directing the action animation sequences, and Yasuhiro Saiki and Hibachi Hoshino are directing the effects animation.

Emiko Tate is serving as the color key artist, and Kazuhiro Arai is directing the art. Naho Hasegawa is the compositing director of photography, and Yūki Honda is editing. Akio Dobashi is composing the music, and Chikako Yokota is directing the sound at delfi Sound.

The eight cast members perform the overall project’s theme song “Ride the WAVE!!” as the unit Naminori Boys (“Surfing Boys,” abbreviated NBS). Love&Art is developing the project with the supervision of the Nippon Surfing Association, the supervision cooperation of Surf Magazine, and the cooperation of Murasaki Sports.

The franchise also includes a radio program, various CDs, a four-panel manga in English and Japanese, and an upcoming smartphone game. Love&Art previously developed the Meiji Tokyo Renka franchise with Broccoli, and the B-PROJECT franchise with MAGES.